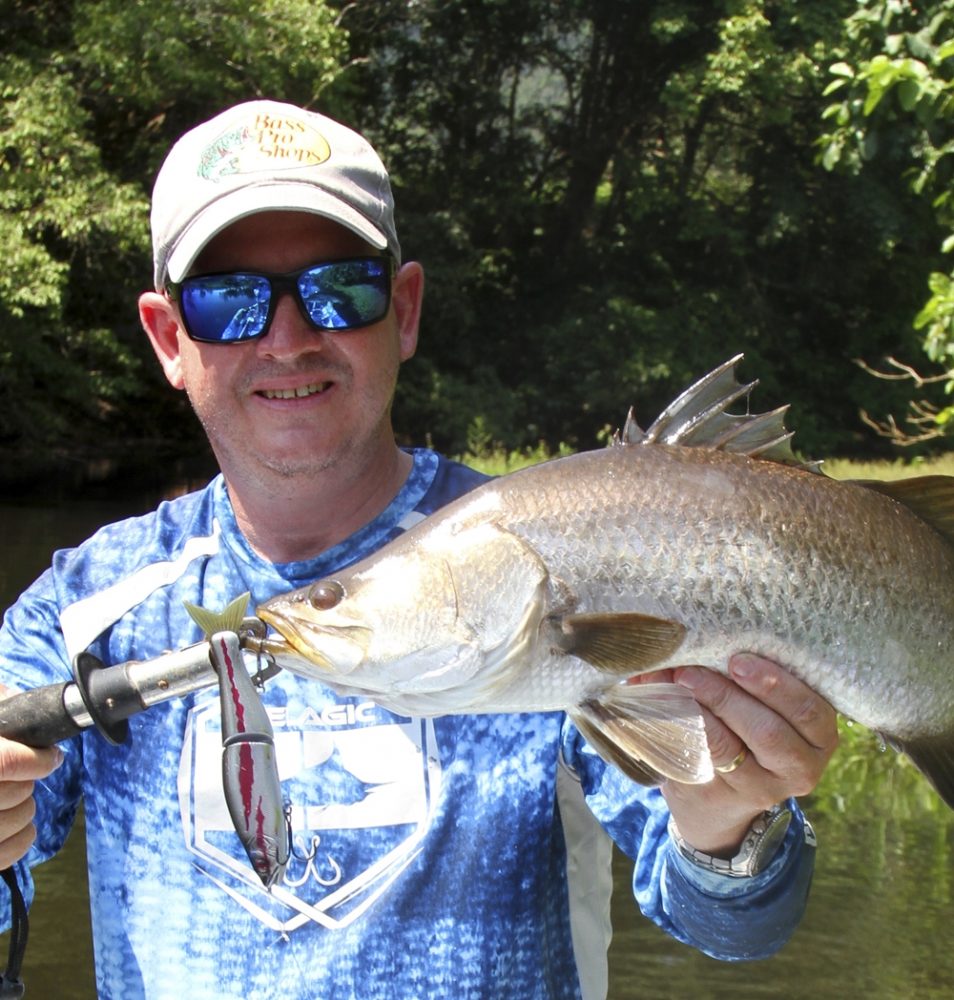 As the old saying goes, 10% of anglers catch 90% of the fish, and much of this has to do with being at the forefront of new techniques and fishing gear. Whether it’s being able to get the most out of your sounder, using new and different soft plastics the fish haven’t seen before or different retrieval techniques, having a point of difference to everyone else can make all the difference. Moving to Cairns five years ago, this became very apparent. I had come from a fishery which was relatively unpressured, which meant I didn’t have to work that hard to find quality fish. 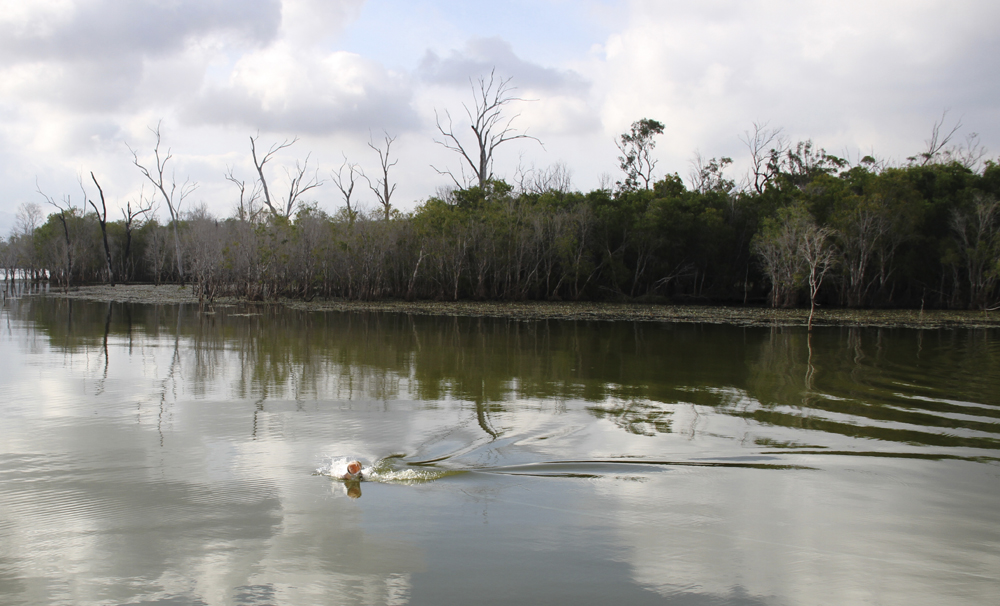 However, moving to a more populated area and one where fishing is just about everyone’s hobby it became clear that fishing what everyone else was fishing was not going to bring home the rewards. The choice became pretty clear – either fish harder and longer or fish smarter. Due to my laziness, I went with smarter, so I made the decision to actively fish a lot more ‘out of the box’ lures and techniques to stay that one step ahead. It’s not an easy thing to do because as anglers we always have our favourite lures, retrieves and habits that we go back to because they have been successful in the past. However, in a pressured fishery, doing the ‘norm’ won’t see sustained success as the fish are a lot wiser and smarter and interact with a lot more anglers. 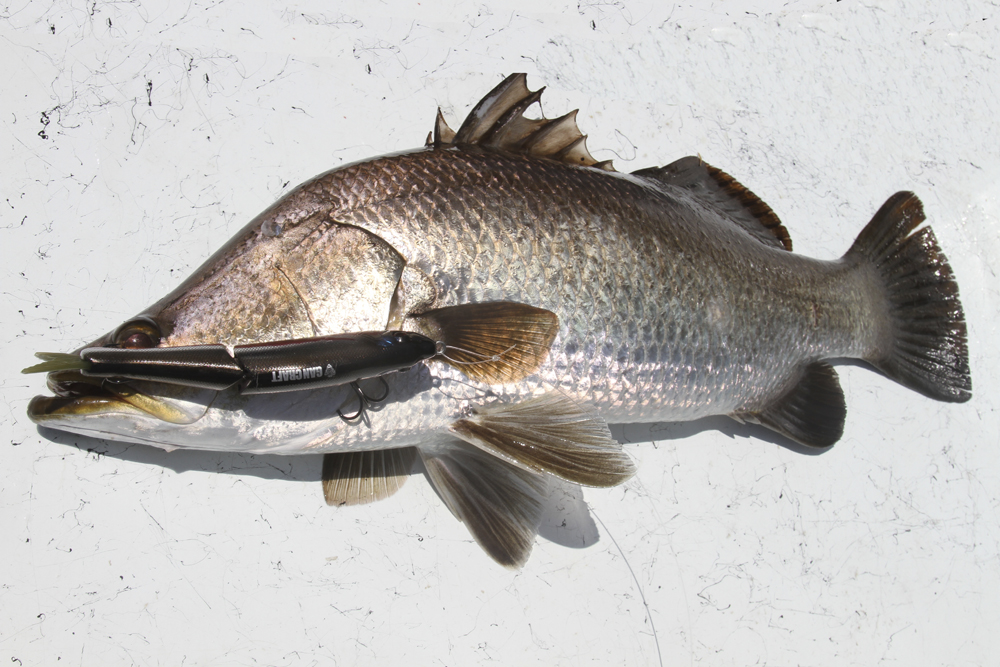 One of the best pieces advise someone gave to me about staying that one step ahead is to always be trying new things especially lures both soft plastic and hard. This way the fish are seeing something different or new which may not only entice a hunger bite but a curiosity bite as well. The downside to this is that it can be a little expensive and also takes a bit of courage and determination to be fishing differently all the time. The upside is that when it pays off it pays off big and you find yourself sitting comfortably in that 10%.
Most anglers think that there couldn’t be that many new lures or techniques out there, but the fact is there are heaps. If you are lucky enough to spend time fishing in overseas countries like the USA, Canada or Japan you will quickly realize we are pretty basic here in good old Aussie land. This is probably because our fisheries are so good, and we don’t need to go the extra mile. However, when you see how effective many of these different styles of fishing are, you begin to wonder why we haven’t been using them. 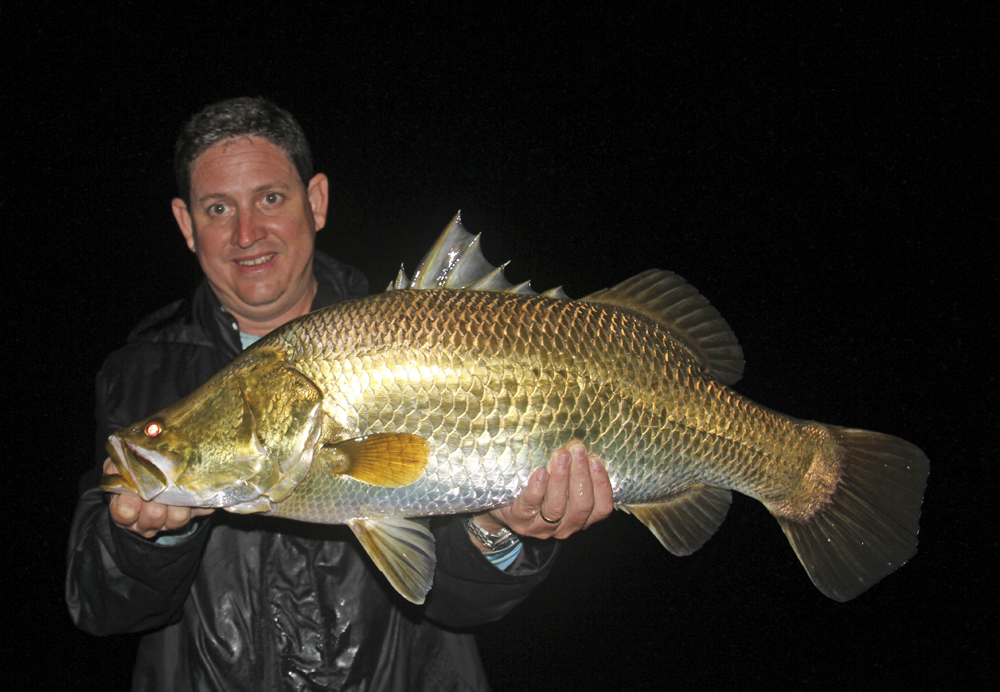 One such technique which has crept over from Japan this year and has been quietly slaying fish all over the place is Glide Baiting. Glide Baits are essentially a single jointed hard body swim bait lure that swims with a super wide s like motion through the water.

Unlike normal hard body lures which twitch or roll or multiple jointed swim baits which slither, glide baits glide in wide arcs. This gliding action creates an awesome ‘s’ shape which many fish have never seen before and I can tell you it gets their attention really quickly.

Fishing a glide bait takes a bit of practice as they can be a little touchy to get to swim right. These lures are balanced in a particular way, so it takes a little bit of casting to work out how much action you need to impart on the lure to get that optimum glide action. In my opinion too much rod work kills the action very quickly and in fact you don’t need to use the rod tip at all. Cast your glide bait out, let it sink to the desired depth then wind your reel a few turns then pause it then wind the reel again, then repeat. After a few retrieves you will quickly gauge the ‘cadence’ of the lure and where it swims the best based on your retrieve from the reel. You certainly don’t need to flick the rod left and right to get that big ‘s’ swimming action like many swim baits. 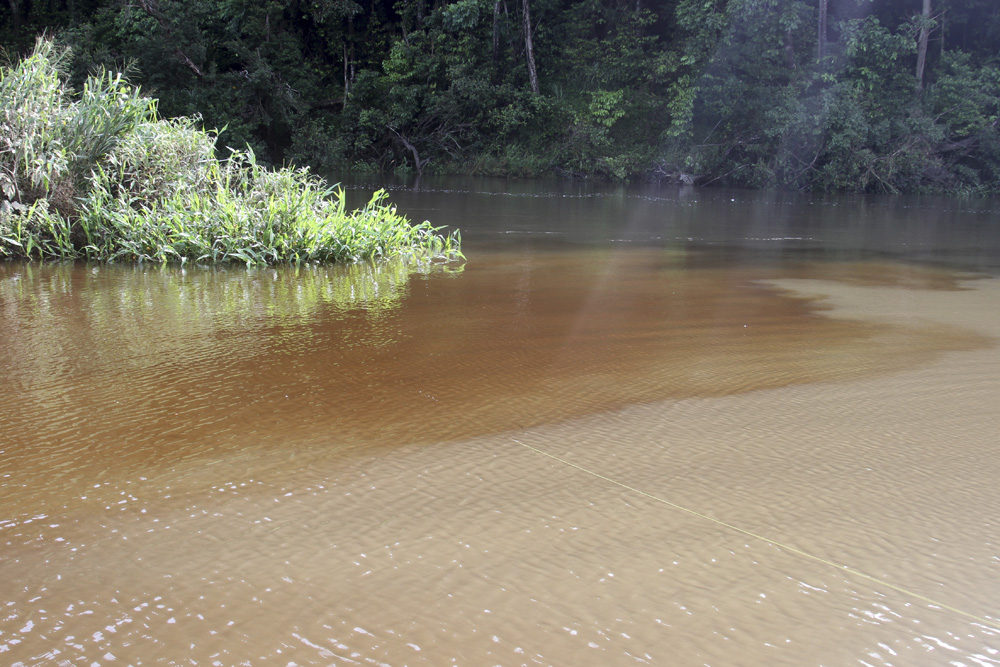 When it’s performing at its best you will see the lure swimming in an ‘s’ and flashing as it arcs. It’s this flash which draws in the fish and the first thing you will notice is these lures draw in a lot of fish. My first time fishing glide baits I was up a rainforest creek in gin clear waters fishing over the top of weed beds. I had chosen this spot to practice my glide baiting as the clear water allowed me to see how the lure was swimming and refine my glide baiting retrieve. I was absolutely blown away by the amount of barra and jacks that were just drawn to the big flashing ‘s’ glide of the lure. It just had them absolutely mesmerized time after time following the lure right to the boat. It was a little frustrating getting so many follows but with a few adjustments to the retrieve and a bit longer pause I soon had them finding the hooks. Whilst they were only rat fish it was really awesome to crack open a new technique and one that has proven to be a real fish taker since this day.
When it comes to choosing a solid entry level glide bait, it’s hard to go past the Gan Craft Jointed Claw Bait in the 128 and 178 size. The Gan Craft Jointed Claw is a Japanese glide bait with plenty of runs on the board and has a reputation of being top quality. In fact, it is the number one selling glide bait in Japan which says a lot. What makes it top quality is not only it’s amazing finish and super strong build as you would expect from a Japanese lure, but its design and balance. Having a well balanced glide bait makes all the difference when trying to achieve that perfect ‘s’ glide retrieve. Cheaper glide baits will be less balanced and will fall sideways on the pause making it hard to get the lure to swim right. With glide baits, you pay for what you get, so if you skimp on price you will pay later on! 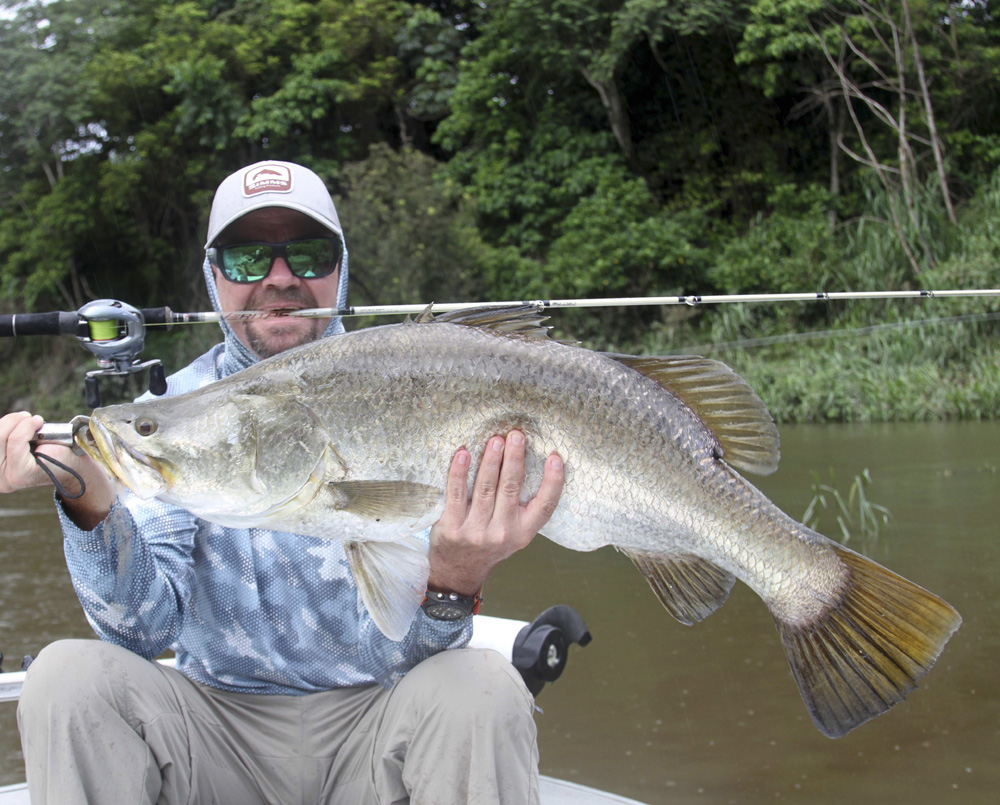 The Gan Craft 128 is my favourite as it’s big enough to attract the big fish but not too big to deter the smaller models and other species like jacks. It’s also small enough to throw with most conventional gear. I find a longer rod around 6 1/2 to 7 foot is perfect and bait cast is easier to get the lure to glide. The larger 178 is definitely my impoundment barra choice as well as flicking over the reef flats where they are just as effective. For this bigger lure you need a heavy rod to really punch it out.
When fishing the Jointed Claw Glide Bait in the creeks, rivers and dams, I like to look for submerged structure which will allow the lure to glide over the top. It’s hard to get the ‘s’ glide going on bank snags so this style of fishing is better suited to fishing shallow points, weed beds or sunken timber. Personally, I believe there is no better option for fishing over weed than glide baits. The big ‘s’ action just covers so much country and draws the fish out so well. On a recent evening trip to Copperlode Dam with Kim Andersen from Copperlode Fish and Kayak we found a heap of barra lying in deep water just off the edge of some big weed banks. The weed was loaded with bait and we knew once the sun set these fish would move out of the deep and into the shallows to feed. With two metres of water over the weed, the Gan Craft glide bait was locked and loaded and I began starting the glide retrieve. After three casts, the Humminbird Mega was lit up with fish right at the boat and it became apparent they were following the lure back to the boat in numbers. Once again, the big ‘s’ glide of the Gan Craft Jointed Claw was drawing them in big time. 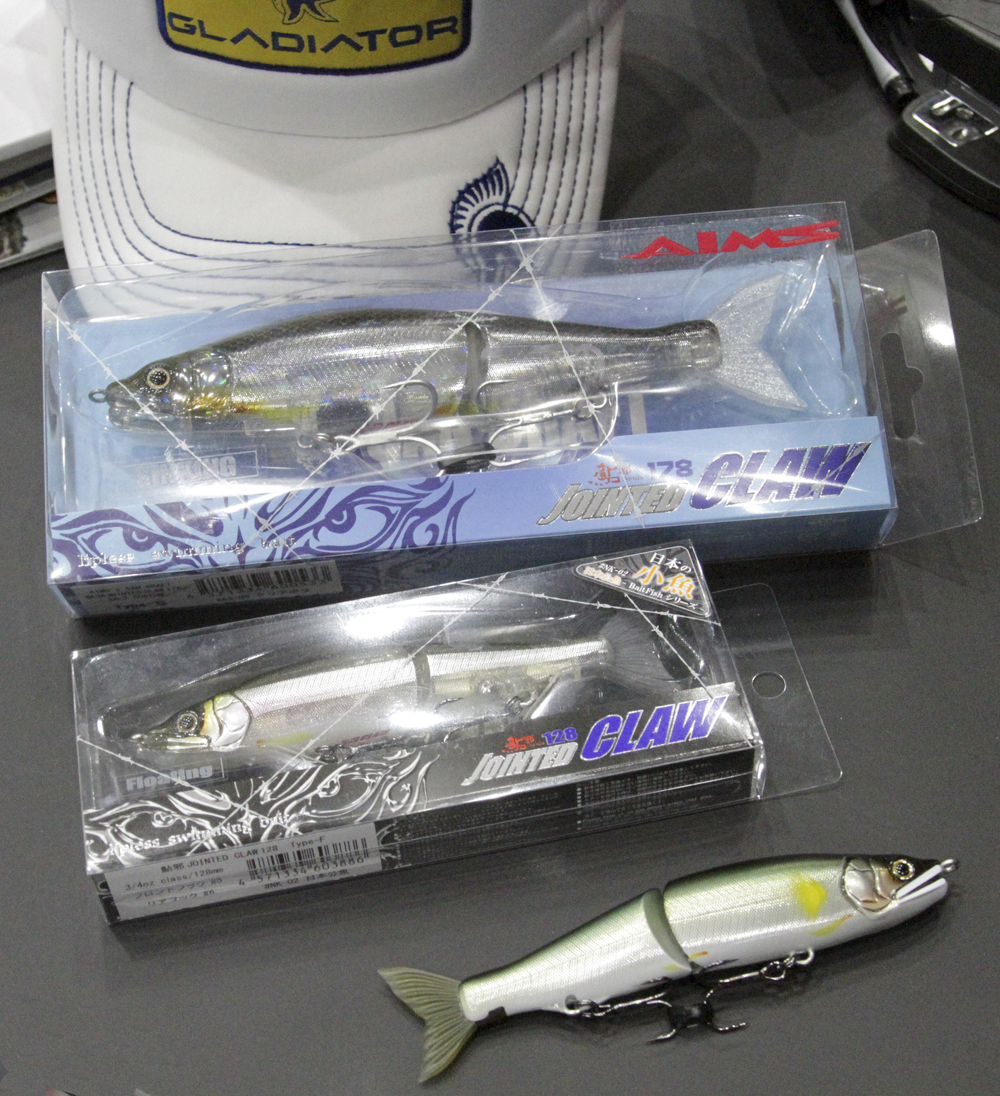 Next came the fun part of slightly adjusting the retrieve until we found what would get them to bite. This took around 25 minutes and once the pattern (longer pauses and shorter faster winds in this case) was figured out it was barra bedlam.

It’s not just super effective over the weed and points and the Gan Craft Glide Bait is also awesome over flats and reef flats but that’s another whole feature!
Where I really love this lure is in run off conditions targeting running drains, back eddies, water colour changes and points. The shallow running nature of them makes them perfect for this style of fishing. Perfect for this time of year!
Glide baiting is a new and exciting way of fishing and one which is heavily underutilized. If you are into swim baiting, and stick baiting whether it’s in the creeks, dams or reef flats then you need to give glide baiting a go. You won’t be disappointed.