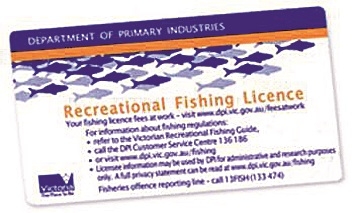 Not surprisingly, recreational fishing interest in the QLD fisheries review has hotted up over the last month. The public consultation meeting dates for the review were announced in mid-August with the first meeting in NQ starting in Rockhampton on 26 August and then finishing in Mackay around 15 September.

The Karumba folk appear special with their consultation meeting not until 15 October! Here’s hoping that one of the reasons for the delay in Karumba is for the Reviewers to get their hands wet and spend a few days on the water throwing some lures and catching a few barra!

Dave Donald rightly pointed out in his August NQ F&B article that representation of any recreational fishers on the Review Ministerial Advisory Committee, with much knowledge outside of the SE QLD, was sadly lacking, as was representative expertise from the charter fishing sector. It also must be questioned that though issues including marine parks and maritime safety are not within the terms of reference of the review, why is there not even a single government agency representative on the committee, even as an observer? The fisheries managers and scientists from Fisheries QLD that are still on the payroll must really be on the nose with the QLD Ministers’ Office, given there is not a single one of them on the Committee. This sort of exclusion is fraught with danger as it will likely be the existing fisheries managers and scientists who will be charged with implementing the recommendations of the review (at least those recommendations that are accepted by the Newman Government).

Fisheries QLD managers appear to be placed well and truly at arms’ length from the review, and when there are complaints about any aspect of the review’s implementation, they can honestly reply that they indeed had little to do with the outcomes of the review. There is little encouragement for frank and fearless advice from public servants these days – a trait that was valued by senior bureaucrats and ministers only a decade ago. With the recent and continuing public service purge in State and Commonwealth Government agencies, dedicated public servants fearing for their job security presently will do little to stick their heads above the parapets, because it will be shot off or they will be promptly shunted sideways and, at best, be left with a few sore ribs! In the lead-up to the next QLD state election, regardless of your political persuasion, recreational fishers across QLD can only heighten awareness of recreational fishing issues by repeatedly reminding their local LNP members of the unprecedented recent swing to Labor in the Stafford electorate. If you are in a Labor electorate, tell them what matters to you about recreational fishing and ask them why they did sweet FA for recreational fishing when they had the chance in Government and then query what they could do in the future if elected.

If you want to start a bit of social unrest amongst a BBQ of lubricated recreational fishers in NQ on a Saturday night (it’d be blowin’ as otherwise they’d all be out fishin’!), I can almost certainly guarantee that the topic of a recreational fishing licence in QLD will have voices raised within five minutes. QLD State Governments for the past 30 years seem to have been more fearful of uttering the words “recreational fishing licence” than today’s school P&Cs are of having a Rolf Harris themed fundraiser. In 2014, there are plenty of Queenslanders supportive of the recreational fishing licence concept… and plenty against, and each side of the equation has some valid arguments. However, given nearly every recreational fisher out there agrees that fisheries management in QLD could and should be greatly improved, I am somewhat astounded as to the strength of opposition. Recreational fishing licences are a valuable fisheries management tool that are being used successfully in other countries and Australian states, so why do those opposed to the concept generally write it off before doing any homework. If introduced responsibly, this is one of the most important matters to be considered in the current fisheries review that could lead fisheries in QLD out of the backwaters of fisheries management in Australia to be one of the leaders of the pack. The likely positive end results for you range from greatly enhanced land based infrastructure, supporting improved recreational fishing opportunities, to the basics of catching (and hopefully releasing on occasions) more and bigger fish of all our preferred target species.

Make sure you get to a review consultation meeting and put a submission into the QLD fisheries review.
Happy trolling until next month!