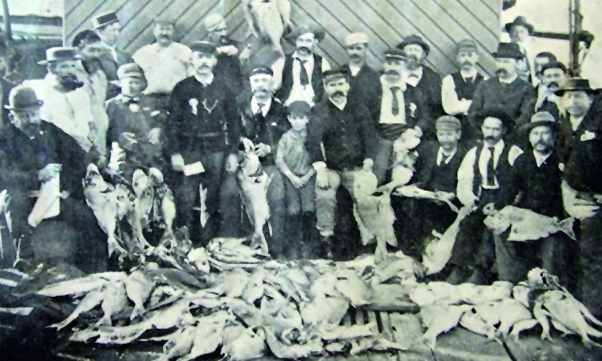 One of the old wives’ tales that has always amused me in the Queensland fishing world is a perception amongst many recreational fishermen that recreational hook and line fishing can’t have any measureable impact on fished populations.

And, rather hypocritically, some of us maintain this view whilst belting the living crap out of all marine catfish and then releasing them belly-up in the expectation such actions will put a dent in annoying catfish populations (this isnot a great environmental role model activity for your kids either!). Well, at the risk of prompting a rush of letters to the editor “setting me right”, there are plenty of examples worldwide where recreational hook and line fishing has seriously impacted fish populations.

Being Aussie fishers we all really get the shits when people ram overseas fisheries examples down our throats, so I thought best to explore this whole idea quickly looking at snapper in Western Australia, and then in more detail in Queensland. The snapper species I am talking about is not one of our tropical red fish, it’s Chrysophrys (previously Pagrus) auratus, the species found from Queensland, down around south-eastern Australia and across into Western Australia up to Shark Bay. In Queensland, snapper are caught in most years as far north as Mackay.

In Shark Bay it was widely recognised that years of mainly excessive recreational fishing effort had really knocked snapper around, but particularly the isolated Freycinet estuary population. Good news for the sandgropers is that latest stock assessments indicate snapper populations in Shark Bay are all bouncing back thanks to a suite of fisheries management interventions that are in force. These include:

Righto – So what’s the go with snapper in Queensland? First of all, despite being the same species, its biology, habitat and growth rates are probably a fair bit different between each side of Australia, so the Queensland east coast has been identified as being able to support a sustainable take well over the 35 tonnes identified for Shark Bay. Fisheries Queensland reports indicate the average annual total catch of snapper in Queensland in 2009 was estimated to be around the 700 tonne mark. The recreational / charter sector is generally recognised as landing about 2/3 of this! The 2012 Stock Status of Queensland Fisheries Resources Report officially recognises snapper as the only overfished fish stock in Queensland! That’s right –snapper in Queensland, in this report, stands alone amongst all species, as being officially roo-ted!

Worse still – in 2010 a Queensland Fisheries document said that “fishers had had concerns that snapper was overfished since 2000”. The first modern snapper stock assessment really crunching the numbers for this woeful situation was undertaken in 2006 with the stock looking pretty sick, but we have known for nearly 15 years that snapper has been in poor shape.

Queensland University academics led by a Ruth Thurstan have recently published in the prestigious international scientific journal, Fish and Fisheries, some amazing historical snapper fishing research. They have demonstrated that catch rates of snapper on southern Queensland charter boats from the 1870’s to 1940 averaged about 3.75 fish per hour, and from 1993-2002 they averaged less than half a snapper per hour. This is a drop in catch rates of about 90%! They used data from old Government reports, newspaper articles and charter boat records to undertake the comparisons. They responsibly chose peak catch time periods for the comparisons between May and September for nearly all the data. Some of the extracts from old newspapers uncovered by the researchers are unbelievable!

Here is one extract they found in “The Queenslander” newspaper from 24 May 1879 – “At a little before 7 [am] we steamed up to the Boat Rock, down went about twenty-four lines; in two minutes the cry rose “schnapper”; in three minutes more at least a dozen splendid fish were flapping on the deck…. For four hours and a quarter the sport was sustained ….. We were found to have lessened that particular tribe of schnapper by about 735 individuals.”

Now I’ll let you decide whether such carnage was “sporting”, but it obviously was a fun day out back in the late 1800’s. Imagine what they would have caught if they had modern GPS, geared reels, tapered rods, braided line, chemically sharpened hooks etc., (i.e. I’m visualising chainsaw massacre scale carnage!); and imagine what the catch rate comparison would really be like if they were comparing weight per fisher per hour. In reality, if the findings of this research are anything to go by, I think today’s snapper charter catch, rates with likely many more smaller fish on average, in kilo’s would be lucky to be a few percent of what it was back in the late 1800’s / early 1900’s.

So fast forward to 2010 when Queensland Labor was in government and Fisheries Queensland released a number of management options designed to rebuild Queensland snapper over a ten year period and also dramatically improve monitoring of the fishery. Some of these options included total allowable catch limits for all sectors, lengthy seasonal closures, a recreational permit specifically for snapper fishing which would fund improved recreational fishery surveys, and even one option of an in-possession limit of two snapper. After some boisterous public meetings, a new Fisheries Minister was suddenly appointed, the Queensland Fisheries boss got moved and the responsible Fishery Manager was stopped from talking to anyone about snapper. I am not advocating that the full monty of the above options should have been introduced, nor what they have in WA should be directly applied in QLD, but it should be noted the 2010 options paper advised that “snapper will continue to decline if no action is taken” and “there would be ecological, economic and social impacts” [of doing nothing]!

In late June 2011, the new Minister announced that the only management changes that wereto come into place for snapper was the reduction in recreational in-possession limit from five to four fish with no more than one snapper over 70cm.  WOW…… what guts that took!Didn’t even mention that perhaps some shared constraints could have been imposed on the commercial sector too.Latest news is that level of Queensland catches have come down, but why? Are the fish there to catch!? Quite doubtful!

So who do we, as average Queensland recreational fishers thank for this total lack of any effective efforts to rebuild snapper stocks?Well, firstly you have to take your hat off to the then Fisheries Minister and the Fisheries Queensland managers for having the balls to identify and initiate discussion on rebuilding the snapper stock … and then getting the arse for responsibly doing their job! Who’d be a Fisheries Manager to be flogged by recreational and commercial fishers and then greenies alike, and totally shackled from doing your job by the politics of the day!?

Well the responsibility of inaction should be shared around! I’ve already pointed out a gutless previous government!Charter boat operators fought tooth and nail against seasonal closures and cried about how it would adversely affect their businesses! Many experienced high profile recreational snapper fishers also opposed any restrictions being imposed! And who can forget Brisbane centric SUNFISH for their rabid opposition to any responsible snapper fisheries management change. SUNFISH said the science about the status of stocks was no good and not up to date. Geez – given the historical picture I’ve just painted, Stevie Wonder wouldn’t have to rely on science to know that snapper was broken! A southern SUNFISH recreational fishing representative at the 2012 National Recreational Fishing Conference at the Gold Coast proudly announced that they (SUNFISH) have the ability to “get rid of Fisheries Ministers” for not making decisions about recreational fishing that they (SUNFISH) didn’t agree with. Are these the sort of views that are going to encourage Government to rebuild snapper stocks so our kids and grandkids can on most days enjoy a day out sustainably catching some big healthy snapper and then enjoying a meal of them?

Enjoy catching your less than half a snapper per hour fellas! There’s a bloody lot riding on this fisheries review isn’t there?

Onto the Queensland Fisheries Review – The review consultants were given an extension to deliver their report and recommendations to Government before Christmas. Word on the street is that the Government is not intending to publicly release the fisheries review report (not altogether unsurprising given the lack of transparency on fishing matters that past and previous Queensland governments of any colour operate under). Apparently, it is proposed that the Government is intending to receive the report, get some senior bureaucrats to pick which bits the Government should support, including having a bean counter to assess the costs of implementation. In February or March the final report will likely then be given to senior Government ministers to assess and decide what bits of the review and recommendations the “Can Do Campbell team” will take forward into the next State election. Geez, I hope I am wrong on this process!

So here the Queensland Government is, its fisheries consultants holding a trailer full of submissions “demanding improved community consultation and the need to distance Government from fisheries management decision processes”, and yet apparently the same closed door crap is likely to continue. To give even more weight about why such closed door mentality is as popular as a turd in the backyard pool, last month Mr Popularity Politics himself, cigar toting Joe, publicly released the Federal Government’s Financial System Inquiry Report. So unlike what is likely to happen with the Queensland Fisheries review report, the Financial System Inquiry Report to the Feds is out there for all to see, warts and all. Like the Queensland Fisheries Review consultation process, there have also been initial opportunities for public submissions to inform the Finance Inquiry. However, seemingly unlike the Queensland fisheries review, Smokin’ Joe for the next few months is welcoming public submissions on the Financial System Inquiry Report before making any decisions on the Finance Report’s recommendations.

Unless we, the Queensland recreational fisheries stakeholders, once again pull our fingers out and send a few e-mails to Minister McVeigh and the Premier, “demanding that the Independent fisheries review report is made public as soon as it is presented to Government” and that “there is opportunity to influence Government decisions on the report recommendations”, we may as well live in North Korea for all the democratic say we are going to get on our fishing future. It is simply not good enough in 2015 that after all of our inputs into the fisheries review, that we mightn’t even get to see or even have a say on the Fisheries review report and recommendations!

So while you are kicking back enjoying a few ales watching the Sydney test, type “Recreational fishers demand more input into fisheries review” in the subject line and e-mail your thoughts to: Minister McVeigh – daff@ministerial.qld.gov.au and the Dear Premier – ashgrove@parliament.qld.gov.au

Otherwise they and their parliamentary colleagues will alone decide our fishing future. Hell, it might even be worth asking with such a majority in Government, why the hell snapper is still “overfished” and what are they going to do about it in the next six months!

Wishing we all have a happy New Year, all year!