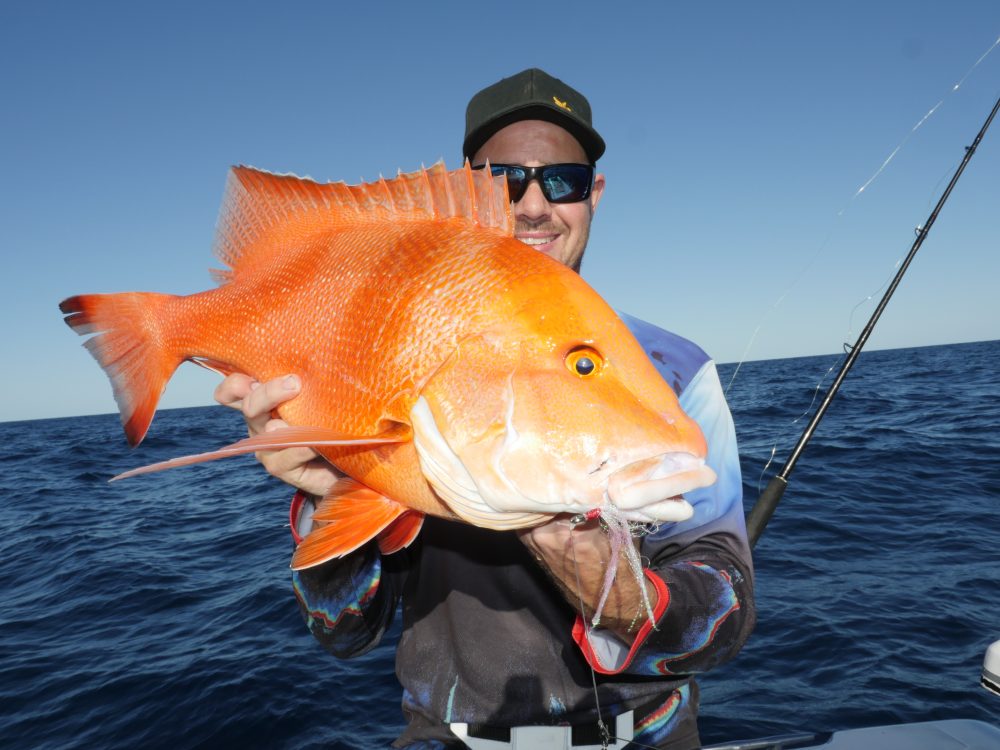 In part 1 we discussed using circle hook flasher style rigs and the results from a little bit of thinking outside the square. This time we will be looking at a similar style of flasher that we have been trialing out on the reef, but the main difference between the two types is that this month’s rig is made on a more traditional style J hook. Read on to find out more.

Upon my quest through local tackle shops to improve my reef experience, I was drawn to a product from Elkat Australia called the Striker 7 ganged hooks. Ever since I started my quest to become better at catching species such as red emperor, ganged hooks in my opinion greatly increased my results.

You see red emperor can be an absolute pain in the backside at times when they aren’t properly on the chew. I have felt them mouth the bait, spit it out, muck around with it then pick it up in their mouth again. Just when you think you have given them enough time to throat an entire buffet you strike, come up tight, and seem to pull the hooks about half way up. 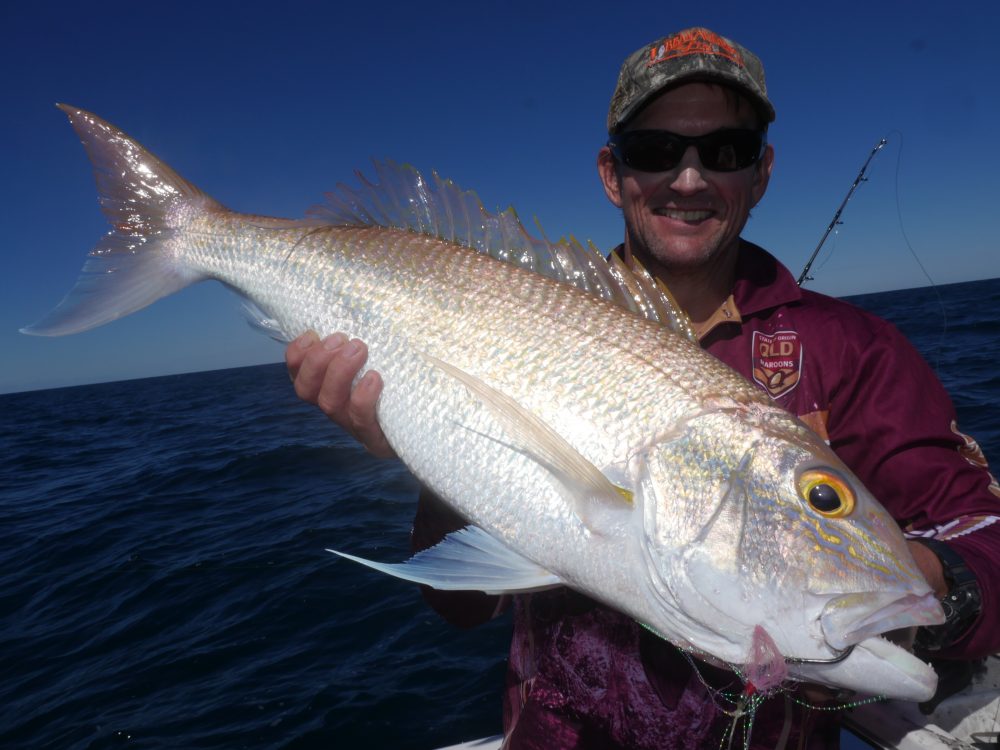 The reason for this is that they hold the bait in the front of their mouth and by striking you just lip hook the red. Super bloody frustrating. This is the main reason I went to ganged hooks. Running hooks down the entire length of the bait just made perfect sense to me. Also, by using multiple hooks it will spread the load over the multiple hooks resulting in less pressure on each individual hook.

I did prove it one day when it was a finicky bite. I added another hook towards the bottom of the bait and guess what; it bloody worked.

So looking at the three tough live bait hooks I would say they were of reef fishing calibre but we all know you can’t judge a book by its cover so it would have to wait for the full test to see if they could handle the conditions.

Another great attribute of the Striker 7 gang was the quality of swivels connecting the hooks together. I can remember very clearly many years ago when I was researching swivels between hooks. Even some of the most respected reef fisho’s plainly said “don’t do it”. Horror stories of swivels breaking and trophies lost at the boat. 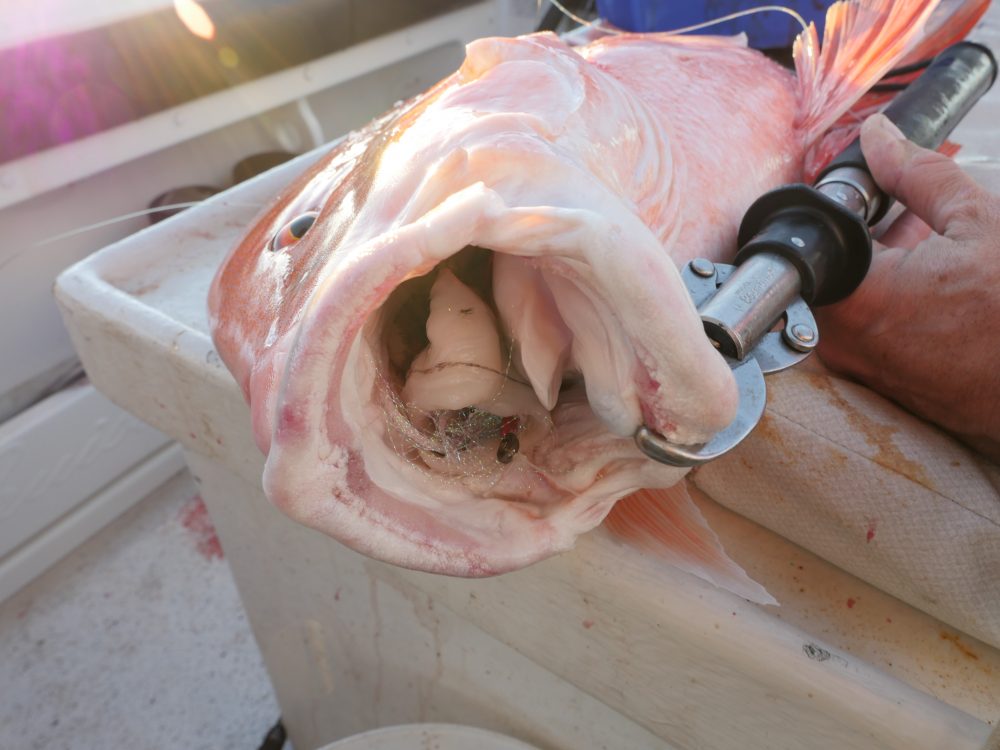 Striker 7 and squid down the hatch.

I’m not sure what sort of swivels these guys were using but when I started playing around with them I went for a more expensive higher quality rolling swivel and once again had great success with not one breakage to this day.

Swivels between hooks has a couple of advantages that many people don’t know about. The first is that it prevents the hooks from locking up when inserting them into your bait. Anyone who has used ganged hooks on a pilchard will know exactly what I mean.

The other advantage is the hook can pivot in any direction.

I found an increase in my hookup to esky ratio when starting to run swivels. It’s not a must do but another tip to trial next time you’re out on the briny to see if it makes a difference.

The last thing I noticed is the guys from Elkat had kept the flasher short. The length of the fly material is of great importance. I touched on this last month but if the fly is too long all it does is tangle up in the bait after it has been dropped a couple of times.

The inspection had now been complete, it was time to take it wide of the cap coast and see what it was made of.

The first trip was in what I would call less than ideal conditions. South west wind was going to make it bloody tough but I had a keen group of mates and some confidence to get the results we wanted.

Brendan and myself would be using the Elkat striker 7’s while Mick would use the usual setup so we could get a good feel for if the Striker’s was make a difference.

As expected the morning was really hard work. We even went to the trouble of getting a  tank full of live baits to help us during the tough conditions. A couple of missed opportunities and some big gold spot cod that were released were all that we could manage. 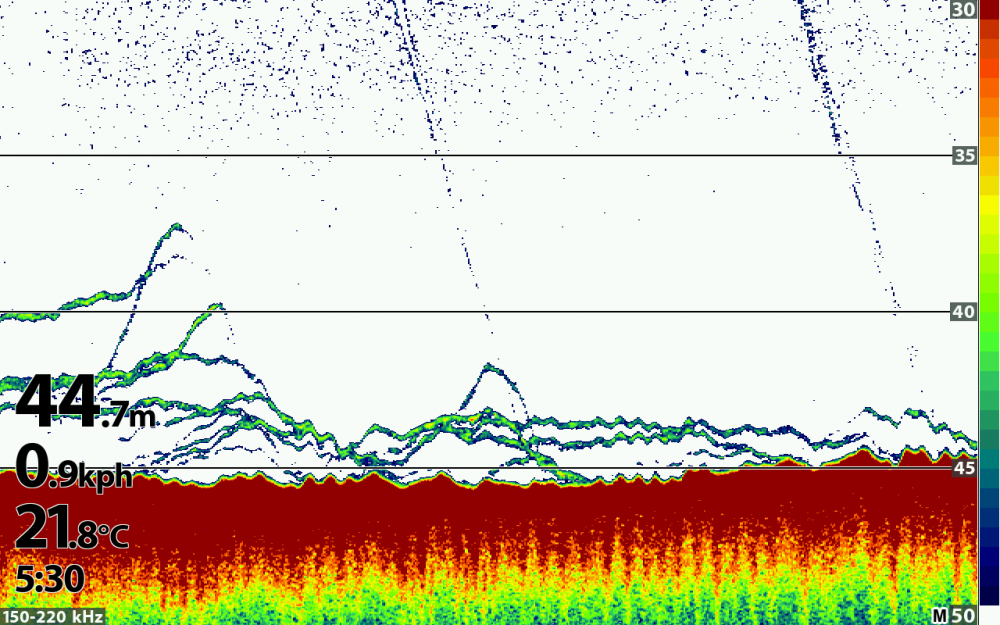 Always good to know you’re on the money when gear testing. The Helix G3 showing quality returns tight to the bottom.

At this stage, the Strikers were holding up well. Super sharp with good hookup rates and they didn’t look like coming apart on those big cod.

We finally got what we were after and what we deserved for our efforts. It was the last of the run in leading up to high tide, the south wester dropped intensity and the fish started to chew.

We put a few smaller fish in the esky like sweetlip and tuskers before Brendan got buckled over on a solid fish. I had the net at the ready and scooped up a hefty gold band snapper. High fives all round. We inspected the Striker once again and all good, hook points still sharp and flasher in tact.

We spun around for another drift and it seemed that Brendan had the magic touch on this trip as he loaded up once again. This time it was a top coral trout that put the Striker to the test. 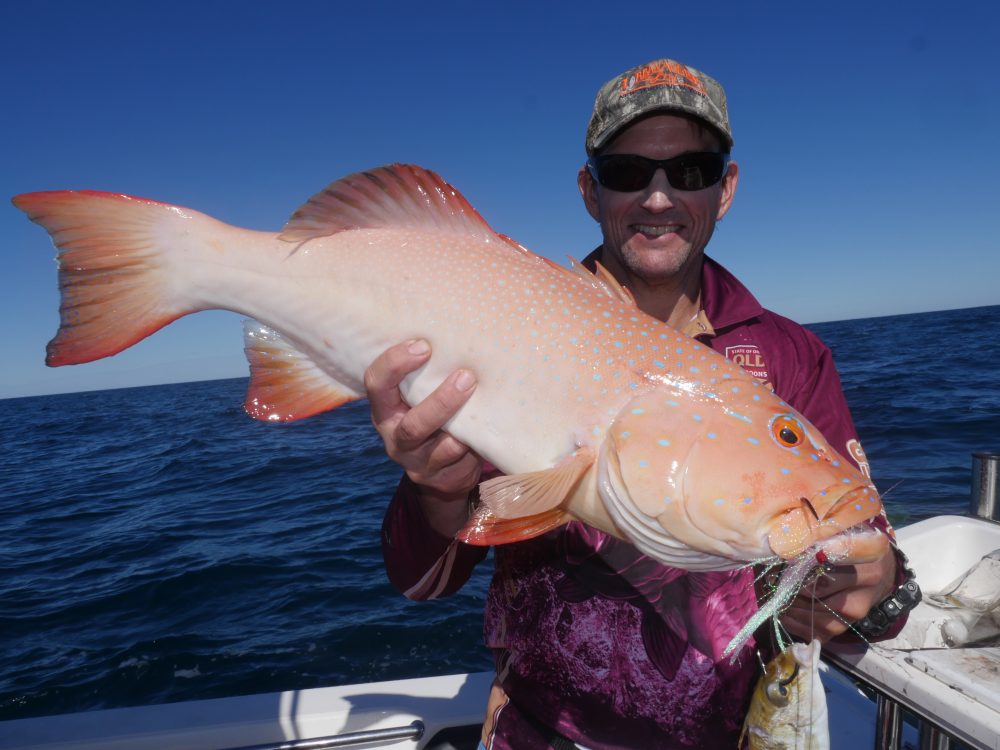 As quickly as the bite began it had finished, a few more odds and sods and a couple of cod finished off the session. For the first run with the Strikers we were impressed. We would need a bit more of a test though in better conditions.

The second time I took them out for a run we were fishing 80-100km wide from the harbour. I had my Dad on board and good mate Dan Baker. The target species would be the same again, red, red and more red.

We travelled out and started fishing around midday, a healthy supply of tuskers were making their way into the esky. Where were those bloody red fish?

We kept persisting and kept spot hoping fishing old marks and new ones we came across. The sun was starting to sink into the horizon and it was now go time. I was running the 10/0 striker gang with a big Keppel Island squid head setup on a single paternoster.

I felt the tell-tale ’empy grab’, fed a bit of line out and set the hooks. It didn’t feel like a monster but a red all the same. I swung a legal sized red over the side and was glad to put the first one on board for the trip. The Striker gangs were firmly embedded into the lips and jaw of the red. 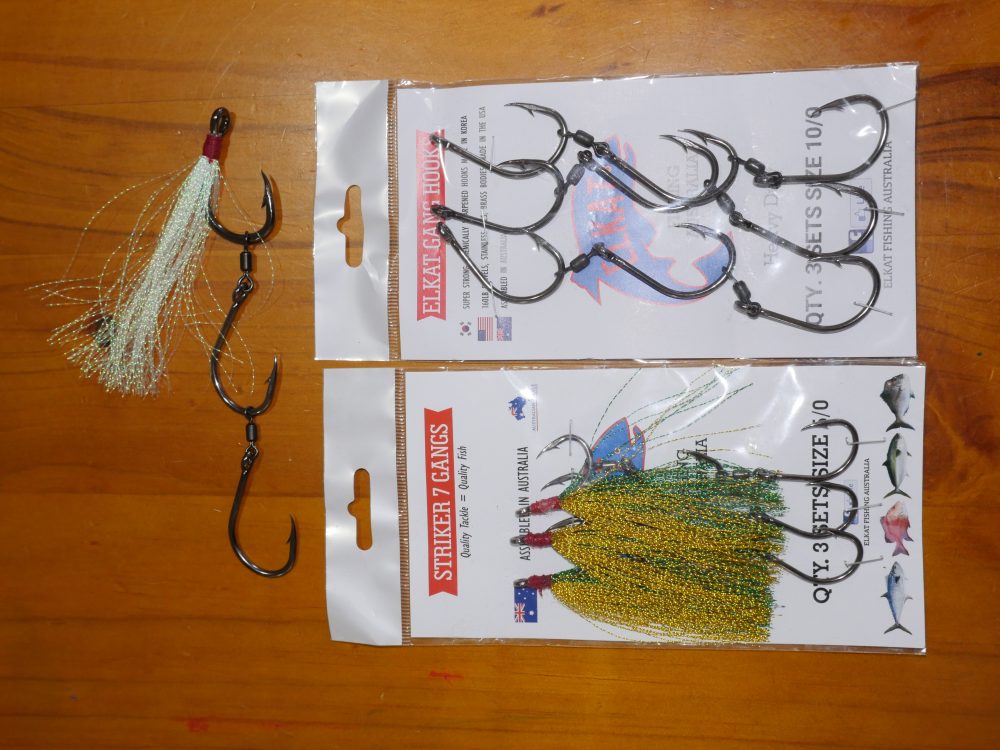 Elkat Striker 7 comes in a variety of sizes, also without flasher.

The bite ran for a good few hours into the night. I managed to boat some more reds up to around 8kg and other reefies on the Striker 7 gangs. Once the bite shut down I inspected the hooks as they had done quite a bit of work. They were still sharp but I gave them a touch up on a sharpening stone and they were back to original sharpness. I’ve done that with many other brands so I wouldn’t be putting that down as a negative.

Upon doing some research on the Striker 7 I found out that the Bats Fishing crew had a bit to do with the research and testing of these gangs. Those lads are bloody tough on gear and are always putting trophies on the deck so it came as no surprise that these rigs are the real deal. No swivel failures, no hooks bending and the best part is that they can be used on the next fishing trip as long as you give them some maintenance when you get home (fresh water and some WD40 to prevent rust)

So at the end of the testing phase am I happy with the Striker 7 from Elkat Australia? You bet I am. So how much of your hard earned are you going to have to shell out to get some of these in your tackle box? So the flashers come in a gang of three and there are three sets in a packet, recommended retail is around $15.00 which I think is a good price. You can pull them straight out of the packet and start fishing for quality. Well worth a look if you’re looking for something different on your next reef adventure.