Lock it in – with a Tailfin. By Anthony Gomes 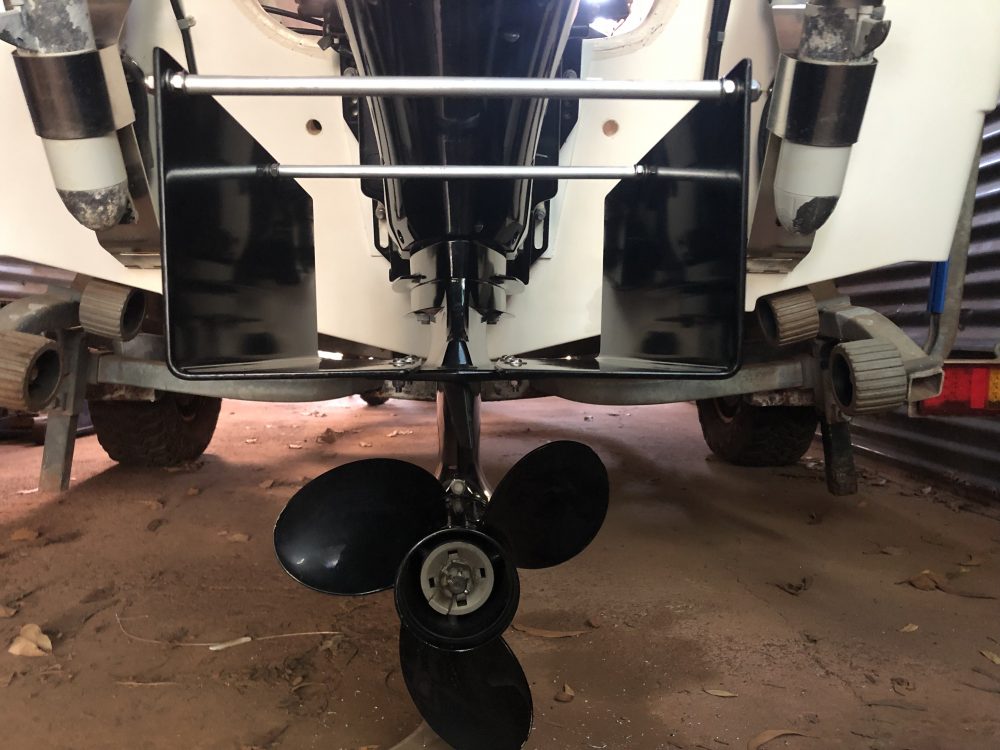 I’ve always maintained that ‘every boat is a compromise’. In saying this, what is meant is that you can never really get everything you want or need in the one boat. There’s always things like additional room and comfort, more fishing space, more storage, a longer or shorter boat, etc.

With all this in mind, I’ve got to say that I’m extremely happy with my current boat in all aspects. The hull performs exceptionally well in all conditions and it is one of the driest boats that I have fished in when the weather turns bad. To the avid readers, you may remember that I made quite a few changes to my boat a few years back. I refer to it as my boat’s leap year birthday as it’s certainly not going to happen every year! 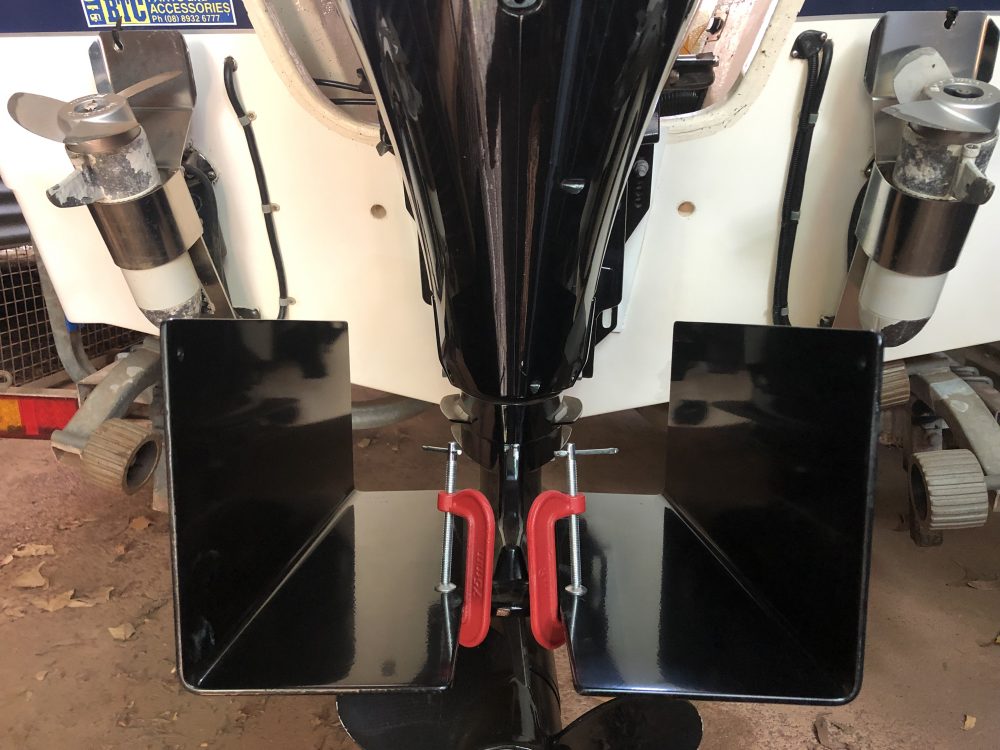 Part of the installation process.

Some of these changes included new flooring by Rhino Linings Polyaspartic flooring, a brand new DF90a Suzuki, which has really changed the time on the water as it is extremely economical and is perfectly suited to the UB520 hull. Other additions included a Minn Kota 80lb Terrrova and Humminbird Solix which are dynamite when working together with i-Pilot.

You could say that I am extremely happy with the current configuration and my only regret is that I don’t have the available time to be out on the water as much as I’d like, but that’s a trade-off I guess when running a magazine such as this one. 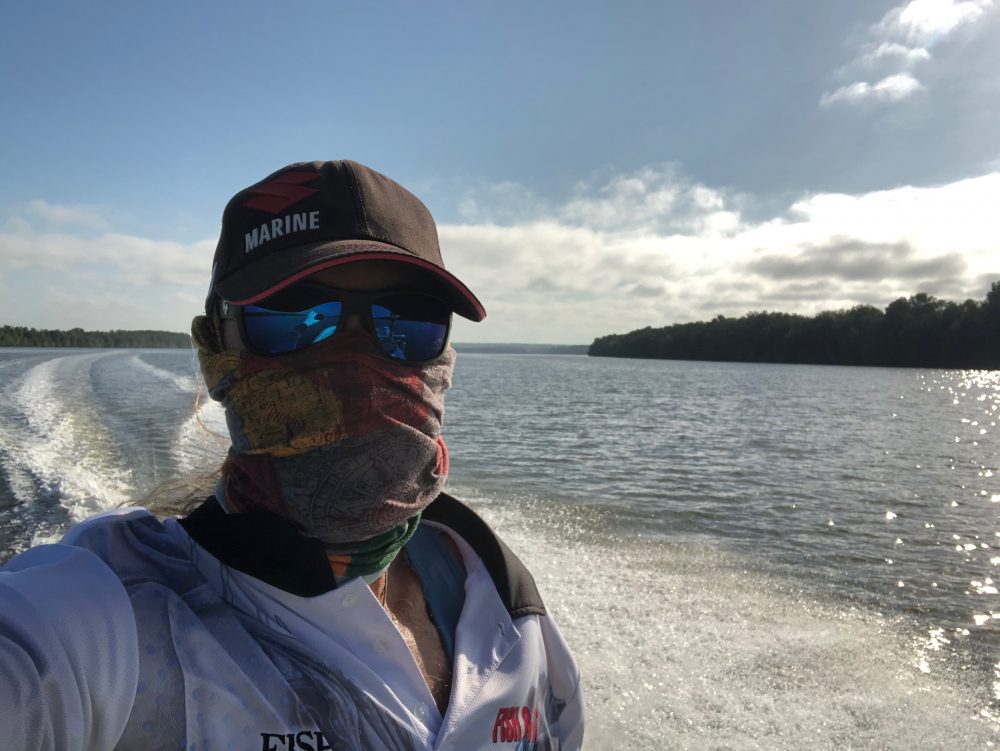 Jumping ahead to earlier this year and I got a call from Peter DeJong, from Tailfin Water Rail. Peter wanted me to personally test one of his Tailfin Water Rail units on my personal boat. In the first instance, I was unsure about this and conveyed to Peter that I had no issues at all with the performance of my boat in its’ current configuration. Peter stated that, once I installed the Tailfin, I would notice an improvement. I was also a little unsure about the installation as those who know me will attest to the fact that I am hopeless when it comes to measuring, drilling holes and cutting materials. Fortunately for me, Peter had some detailed instructions included with the Tailfin and there is also a very handy video that Peter has done to show the installation process. I also had a mate who was very handy with a measuring tape, drill and grinder. I’m continually astounded that I have two brothers, both of whom are in the building and fabrication trade, yet I must have missed out on those genetic traits. 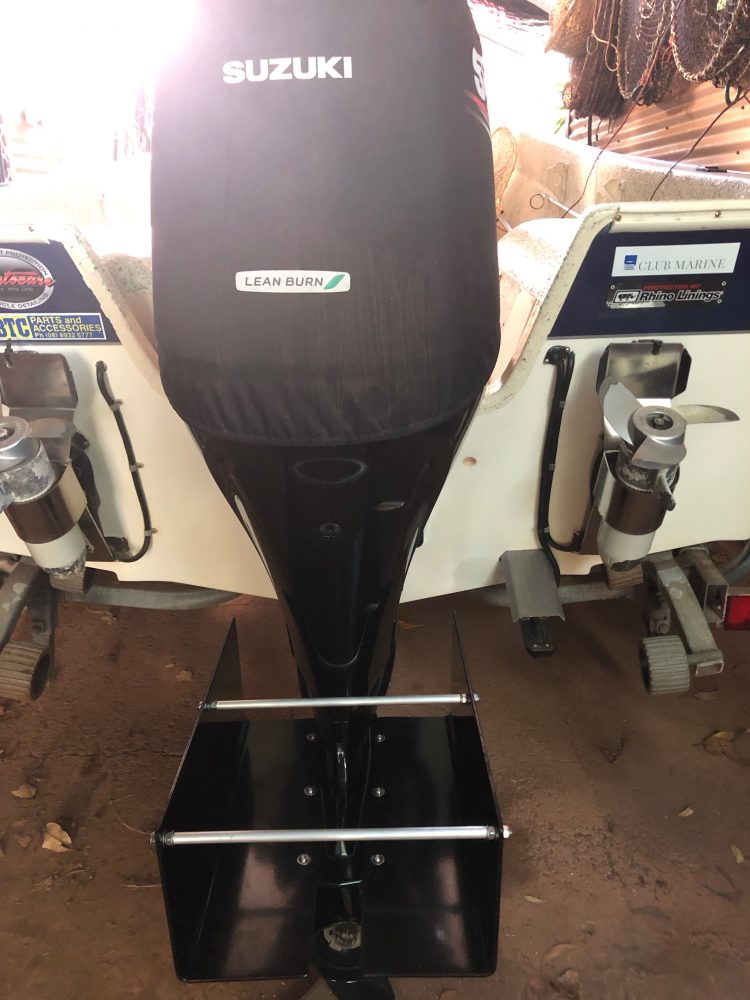 Installed and ready for the water trials.

The installation of the Tailfin was quite simple, but in all honesty I was the observer and my mate did all the hard work. The initial water test was very interesting as I honestly believed that I already had a boat that performed very well. From the moment I put the throttle down, the difference in the hole shot was easily noticed and the boat literally jumped onto the place without any trimming of the outboard at all. The other thing I noticed straight away was just how much additional lift there was in the hull. This has given me a little extra useable trim on the outboard. It’s pretty common knowledge that the ‘long boats’ are pretty light in the bow and you can throw a lot of weight up front without any dramatic changes. Now, with my 102lt Engel esky full of ice and two adults up front, I still have to trim the bow down a shade.

After the first day on the water with the new Tailfin, I called the team at Propeller Warehouse and discussed some options. The decision was made to change out the original 3-blade propeller and move to a 4-blade. This, alongside the Tailfin has made a definite change in the overall performance of the boat. It’s hard to put into words and the only statement I can find that makes any sense is that the boat feels a lot more ‘locked in’ now and the overall ride is ‘softer’. This is especially so in rougher water in both the chop and also when going with and against the sea. Other noticeable improvements have been with the steering as it now feels lighter in the steering, yet also very locked in. This does make some sense as one of the advantages stated is that the Tailfin will give you more traction from the stern and it’s amazing how such a small addition to the outboard can make such a large improvement to the overall feel of the boat. 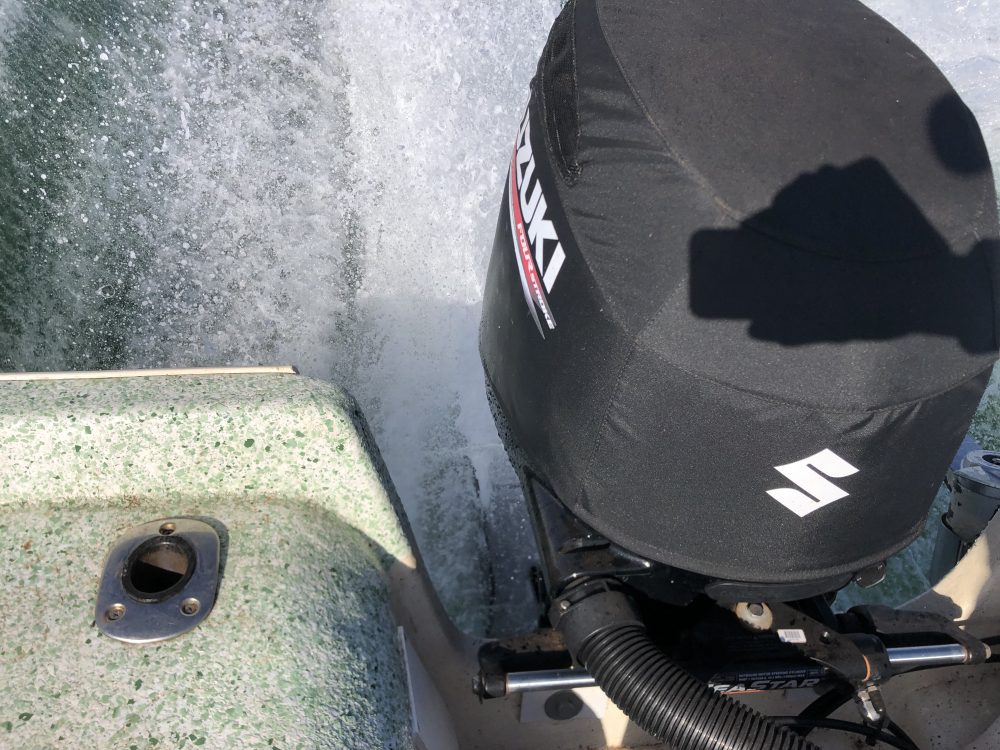 Results were very good on the water.

It also needs to be added that the Tailfin is not to be compared to the more common foils that people opt to use on the cavitation plate with their outboard. Comparing the two would be like comparing sardines to marlin.

It’s still early days, but after a few outings, I’ve also noticed a slight improvement in the fuel economy as well and I can say with certainty that the Tailfin Water Rail is staying on my boat and I’m looking forward to more time on the water with my ‘new’ boat.