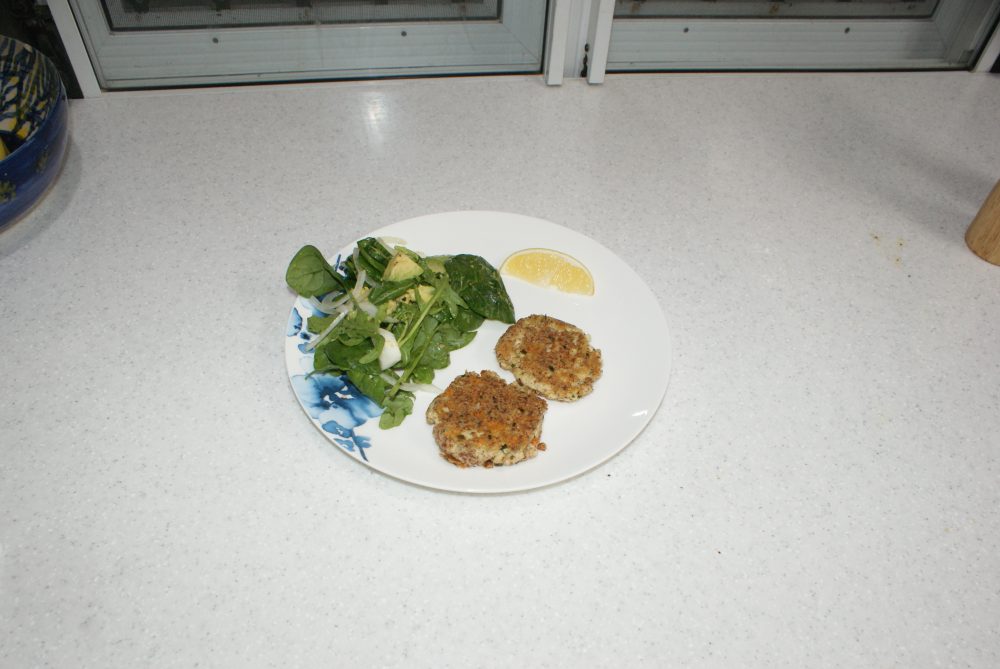 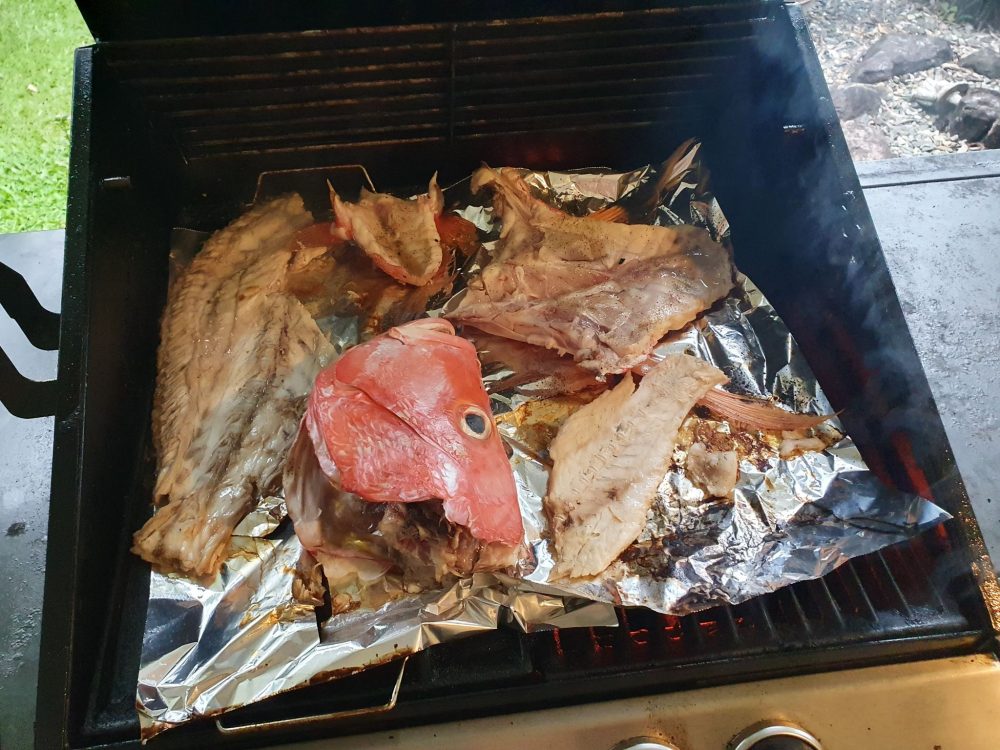 A haul of red frames from a Coastal Connections Charters exploratory trip on the barbie.

These days more and more of us are embracing the idea of healthy eating, and at the same time we fishos are becoming more committed to making full use of the fish we take for the table. This recipe from my mate Goody, AKA fishing guide Captain Daniel Goodhew, combines both concepts in a simple and delicious way. Goody’s trick is to roast the fish frames in a hooded BBQ, this makes cooking quick and easy, adds flavour and keeps the fishy smell outside. 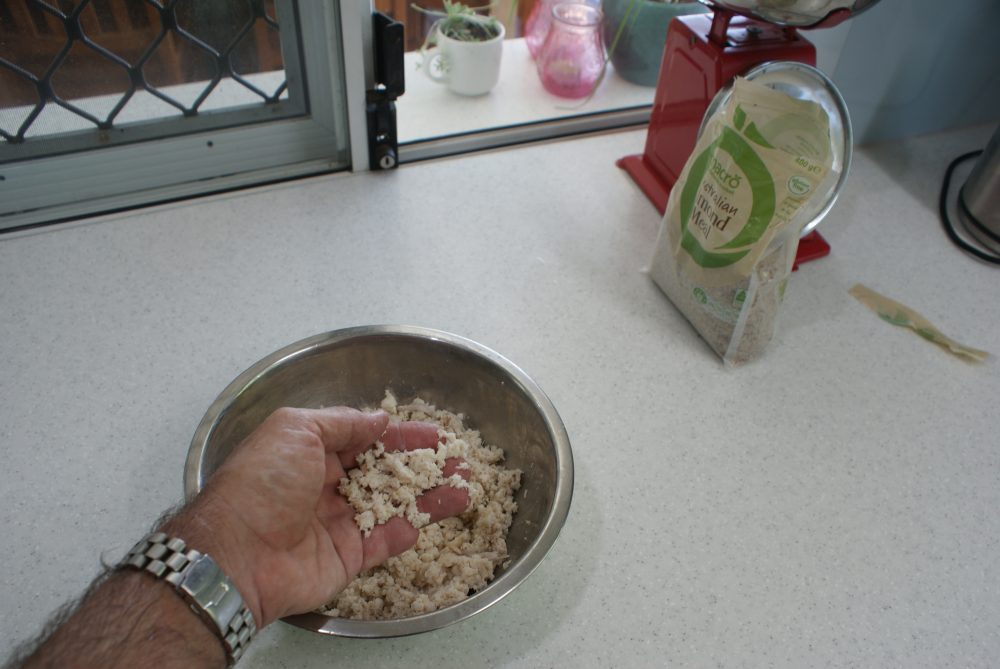 You don’t need much, I’m an experienced filleter and don’t leave much on the frame, but the frames of a 43cm jack and a couple of doggy mackerel still yielded enough flesh for 6 fishcakes, a square meal for two adults.

An egg or two

Herbs of choice; chopped finely. Goody uses tarragon but I was all out, so I went with my Thai standby of chilli, chives, coriander and tender young Kaffir lime leaves from the garden. 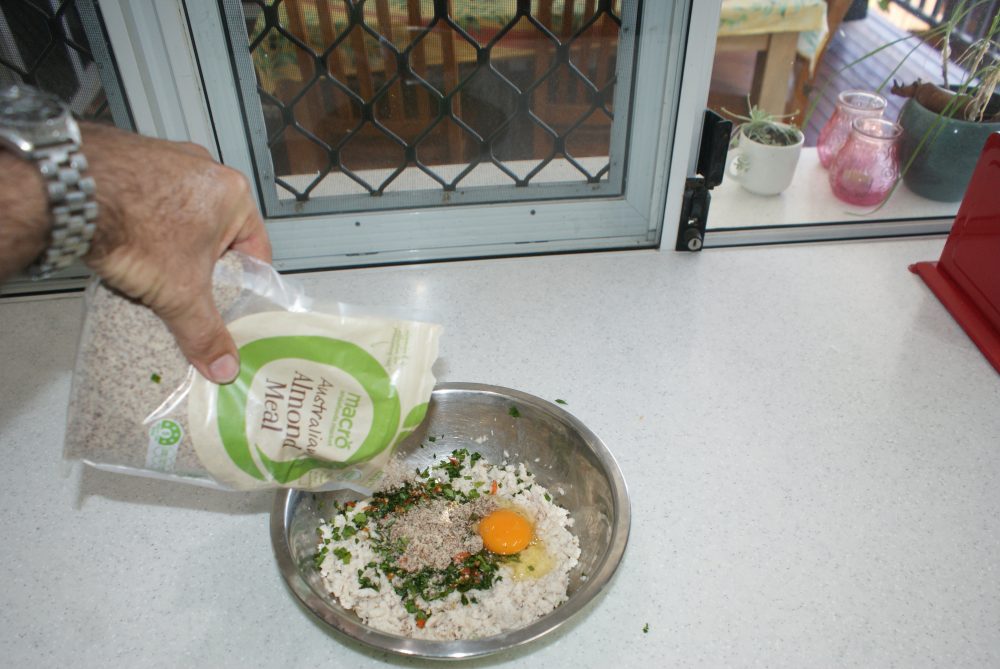 Cover the BBQ grill plate with foil and preheat to medium, about 180c. Arrange the frames in a single layer and roast for about 30 minutes, until the edges are starting to brown and the heads and wings are cooked right through. Allow to cool enough for handling. The cooling fish will bring flies, it’s best to do this part after dark.

Pick the cooked flesh from the heads, wings and frames, carefully avoiding any bones or scales. There is a lot of meat on the cheeks and back of the neck, no I don’t eat the eyes. Put the flesh into a large mixing bowl. 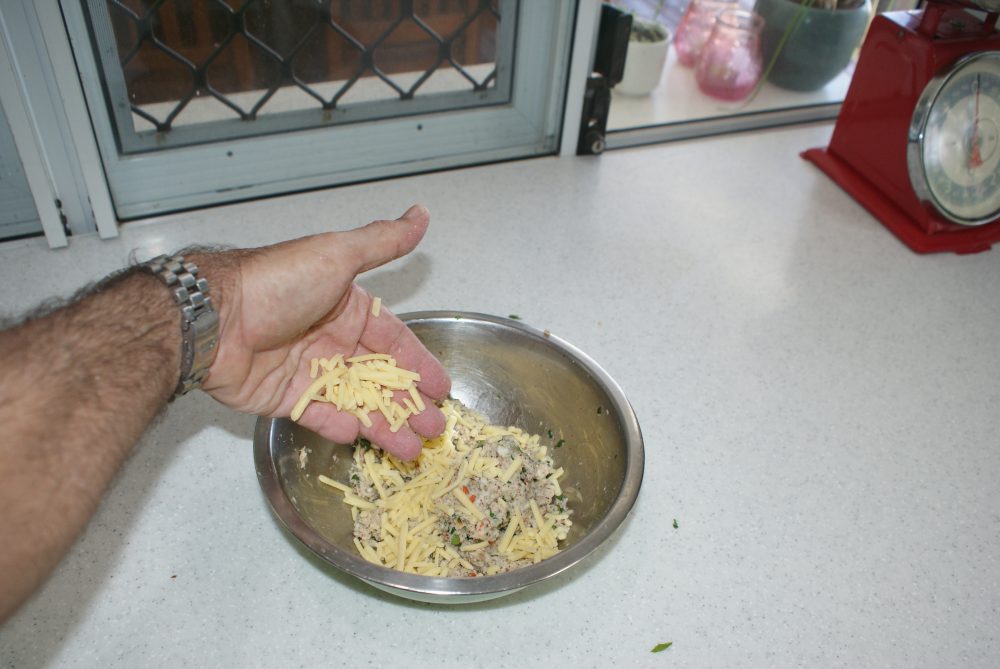 Add one or two eggs depending on the quantity of fish you have, and mix well with both hands, adding almond meal a little at a time until the texture is right. We are looking for something like a stiff cake mix. Add the chopped herbs and a half handful or so of grated cheese, and keep mixing for a couple of minutes. It’s important to mix everything evenly, and you’ll also find the odd small bone or scale that you missed earlier. 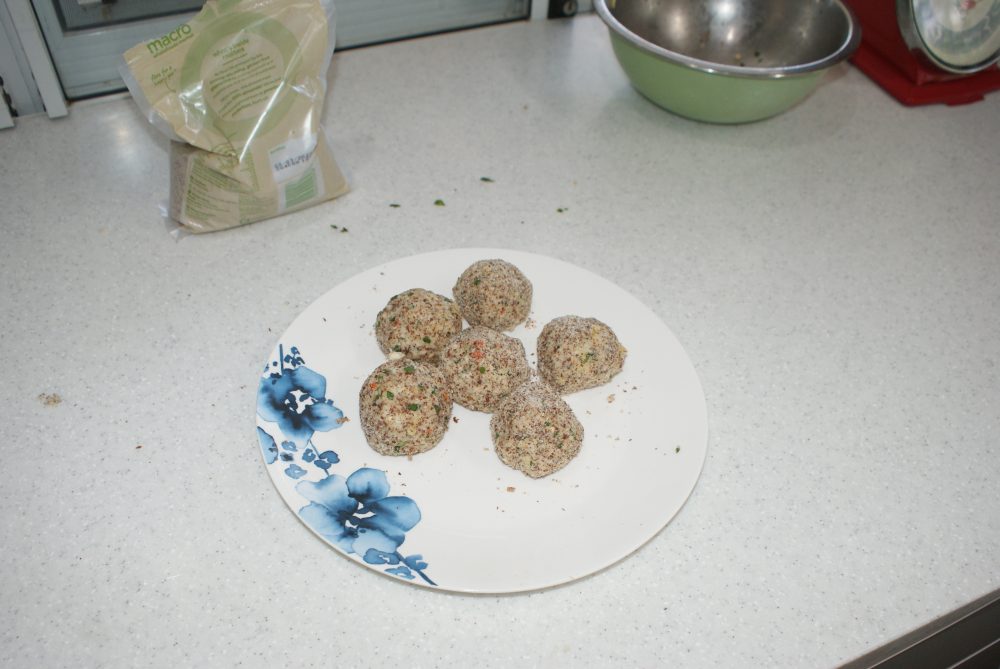 Form into balls and roll in almond meal.

Form the mix into balls and roll in almond meal. Goody makes marble sized nuggets that his kids love, I was lazier and made burger sized patties.  Shallow fry in oil at a medium heat. After 5 minutes I turn and flatten the patty for faster cooking, a round fish cake will take a little longer to cook and a bit more turning.

Serve with salad and plenty of lemon, the lemon juice complements the herby fish nicely.

I’ve done fish cakes with raw minced flesh for years, but the BBQ’d flesh is up a notch or two for flavour, the Bride has declared I must use Goody’s recipe from now on! 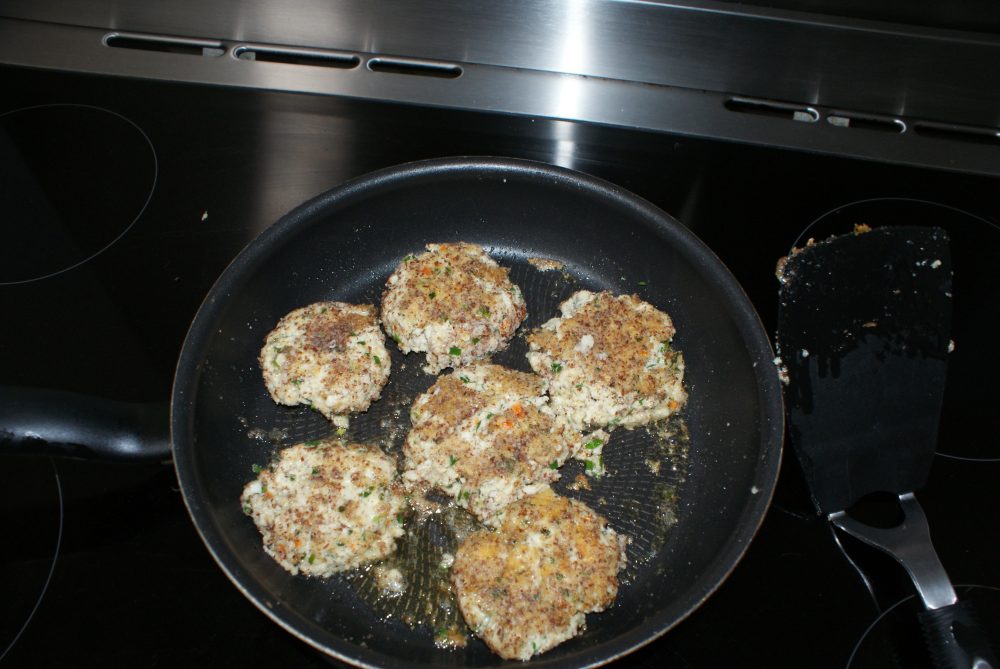 Shallow fry in oil, you can flatten the ball for faster cooking.