Hooked for Life – By Tracey Head

My first attempt at barra fishing was thwarted when we missed the channel and ended up marooned on a sand bank in the Arafura Sea for 3 hours. Skippers Jade and Elisha Francis, Matt Finlay and I watched the sunset while we waited for the tide to go out and come back in again. 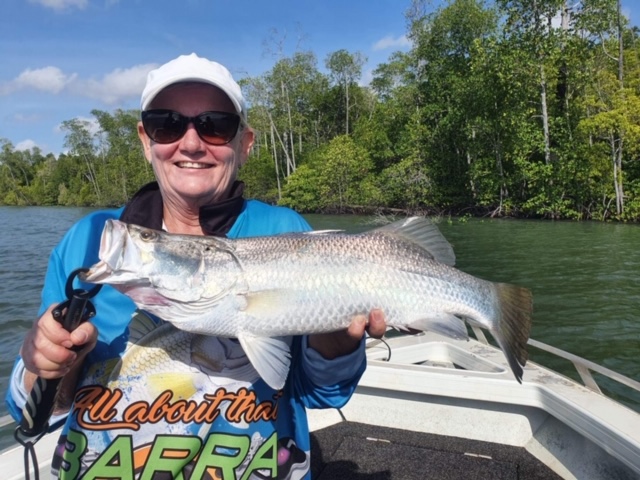 Not deterred by this little hiccup and determined to show me why Maningrida is known for its barra fishing, Jade and Elisha took me out again on their boat “Honeymoon”, so named because they bought it instead of going on a honeymoon! Honeymoon is a 5 metre GS marine XM500C with a Suzuki DF115 motor.

I have to admit I was more excited at the prospect of seeing crocodiles than going fishing. I think Jade knew that so we spent the first couple of hours gliding close to shore in the murky waters hoping to spot some crocs. We saw one so I was happy! 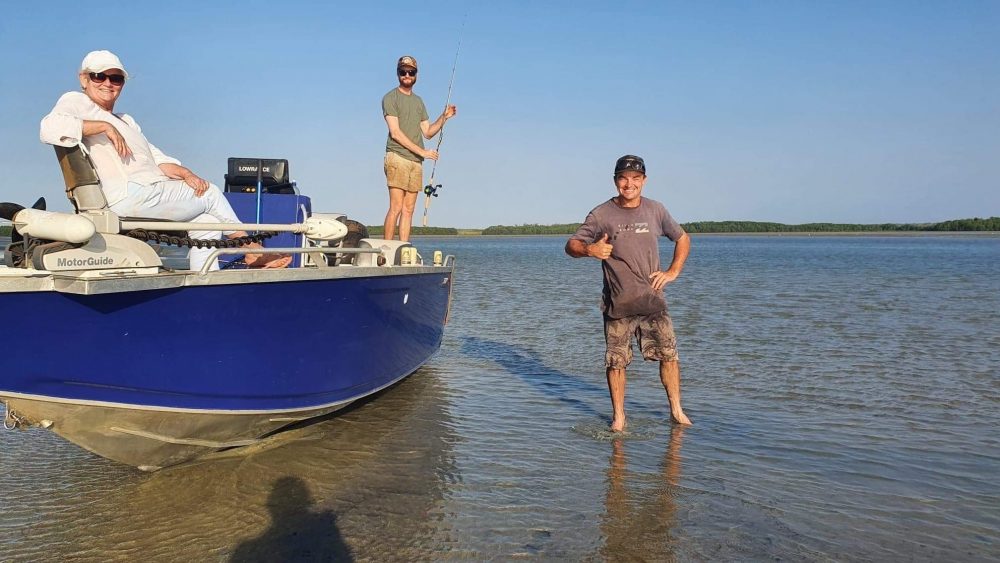 Waiting for the tide to come in.

After changing spots and guided by the trusty Lowrance HDS16 sounder Jade assured me there were plenty of fish. I just needed to catch one! Believe it or not I was the first to hook one – a 56cm barra on my borrowed Okuma Calynn rod with its Shimano Sedona 4000FE reel, 40 pound braid 60 pound leader line and 10 foot barra classic lure – guns and roses colours! When I reached 6 I was determined to go for 10! (I know you’re not supposed to count the ones that got away but 6 others did get away!) 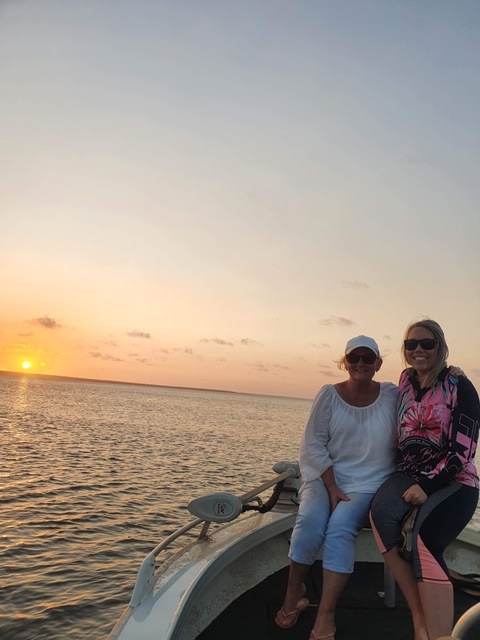 The catch of the day was a combined effort. I was reeling in number 11 when the line snapped. A few moments later we saw number 11 thrashing around tangled in a tree. Jade maneuvered Honeymoon while Elisha used the net to catch my fish with the lure still intact!

By my 11th catch, my initial squeals of joy turned into a seasoned, “Yep” as I “pulled up and reeled down”. Jade was a very patient teacher and wouldn’t take over even when I screamed that it was harder than childbirth! I soon got the hang of it! Our combined haul for the day was 33. We kept 6 and enjoyed a yummy fresh barra lunch to top off our day. I am definitely hooked and have put in a request for fishing gear for Christmas! 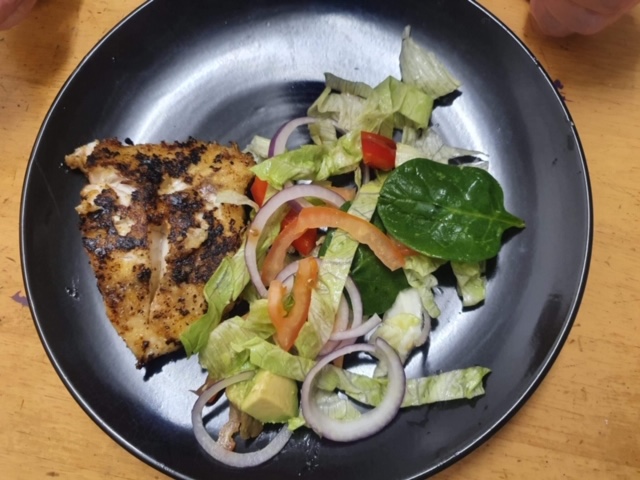