Assault on the Coral Sea – By Luke Galea 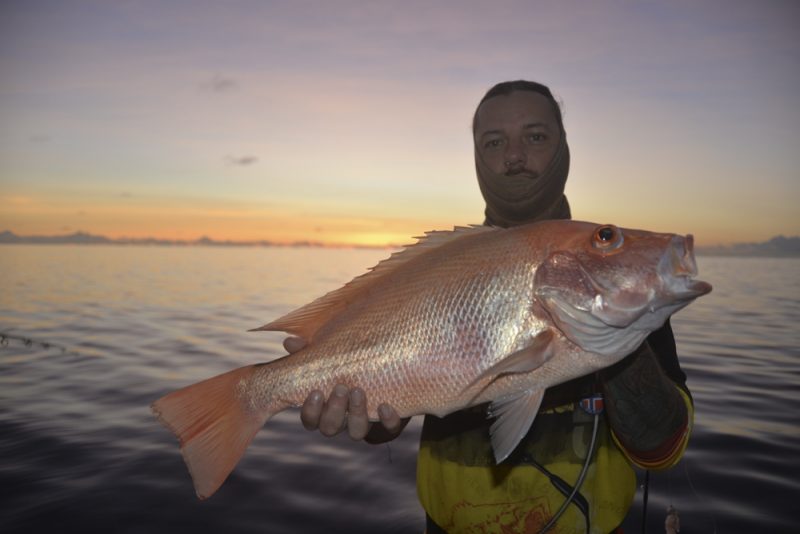 When you see your mate Abba’s name flash up as an incoming call on your phone, you can’t help but be excited. You just know that an offshore assault on the Coral Sea is on the cards, and you can bet your bottom dollar that you are in for an awesome experience.

Abba is a good mate of mine and has never failed to put us on the fish yet to date. The first trip I ever did with Abba a few years ago now was by far my most successful offshore trip at that time. Since then, and acquiring new knowledge along the way, each trip has just got better and better, culminating recently in probably the best trip we’ve ever had.

It was long overdue by the way. Abba’s boat “Calypso II” had been sitting with CruiseCraft in Brisbane for over 6 months getting a bunch of work done to the floor and transom. It now looks like a brand new boat and it was a pleasure to be invited out for its maiden….well second maiden voyage. 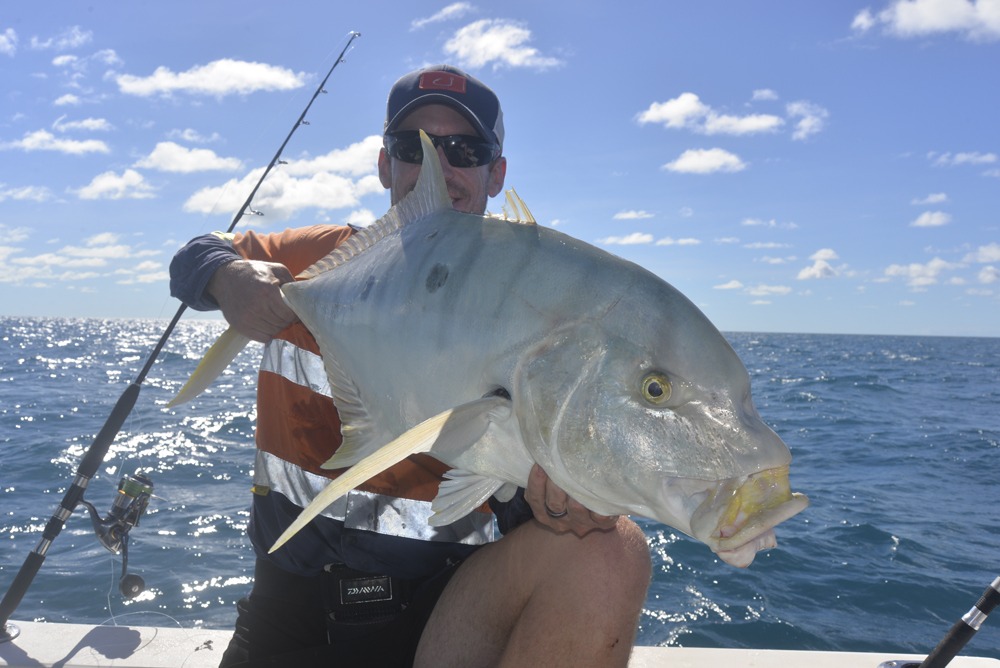 The tides we set out on were a bit questionable initially, given the fact we hadn’t fished the large tides associated with the full moon before (we prefer to go a couple of days either side) but given the two day window of amazingly light winds and the fact the boat hadn’t been wet for ages, there was no way we weren’t coming out to try our luck. We were worried that we would have to use a house-brick as weight to get our baits down 55m in that much current. We managed just fine thanks to the drogue slowing our drift nicely. Drogues are such an essential bit of kit for those looking to fish deepwater, particularly where large tides are such a big influence, and especially for those that prefer to drift when fishing. Drifting is a very effective way to search new country for the first time, particularly given the fact that broken rubble and other structure is often located not too far away from more prominent structure. It is often this more subtle and less-fished structure that holds the better fish. 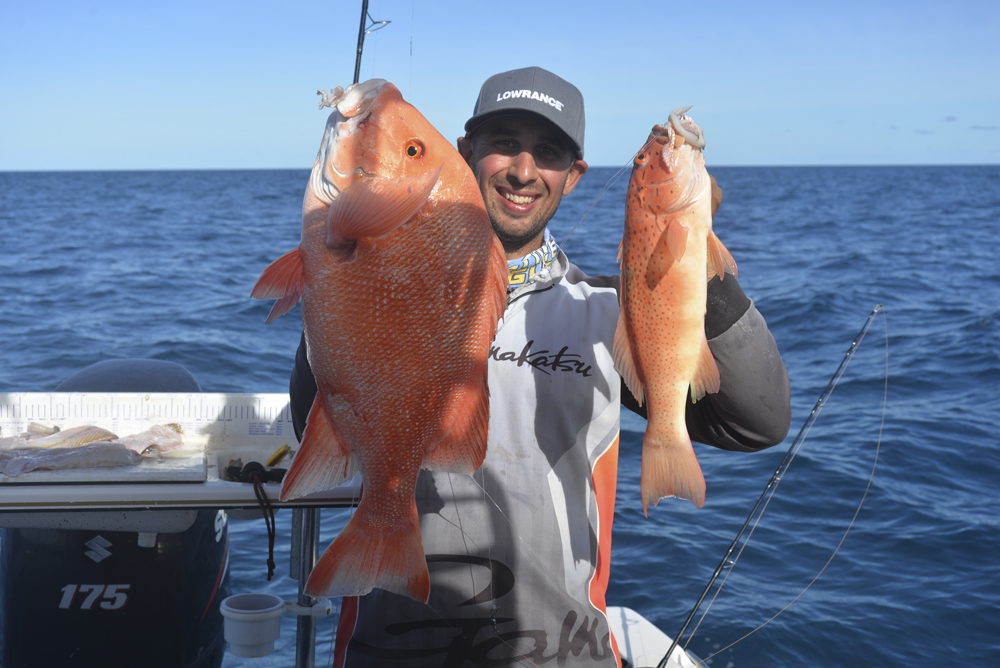 After punching out at first light in slightly less than ideal swell, we arrived at the first mark – a good nannygai spot in deep water. The Lowrance lit up like a Christmas tree, and we knew it was going to be all systems go as soon as our baits hit the bottom. Just as the boys all leaned into quality nannygai I hooked up solid….to the bottom of the ocean. I could not have got off to a worse start and was fuming as I busted off my whole rig in the first 3 seconds as the boys boated their first red fish. This took me out of the action for first few minutes and I was playing catch-up. Thankfully, thanks to the abundance of nannygai, it didn’t take too long at all to catch up. The spot was absolutely firing. We actually boated 18 solid nannygai and a legal red emperor on our first drift! Although we commenced our drift on the mark, we had actually drifted for 300-400m off the mark. What this tells me is that we must have either came across new ground unknowingly, or more than likely, the school of nannygai kept following us well after we had drifted off the prime spot. What we learnt from this was the importance of keeping baits in the water at all times as it kept the fish moving with us. 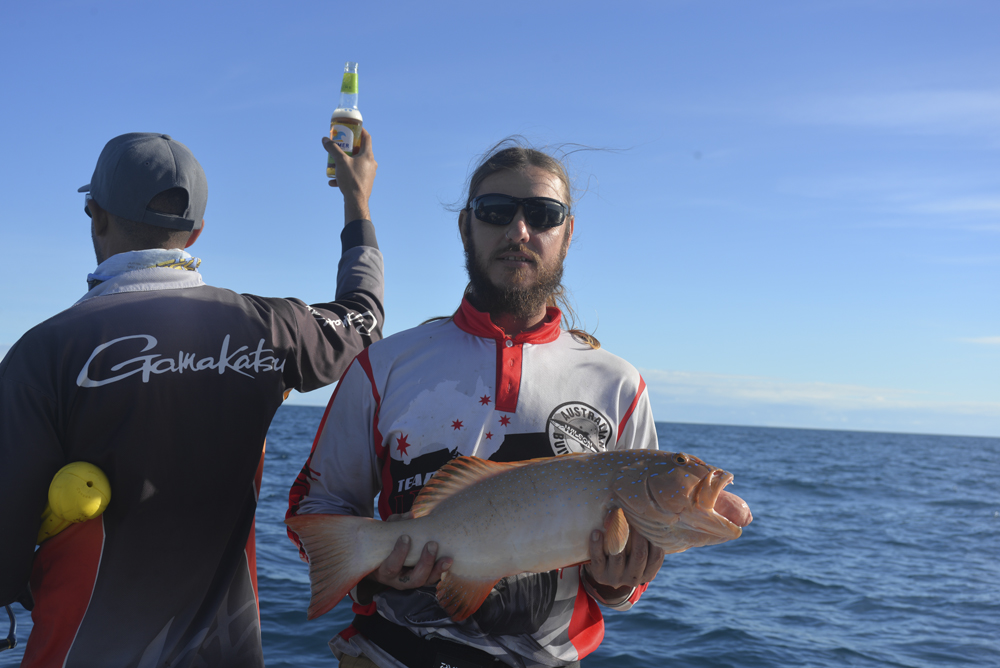 When we left this spot, we left them biting. They were biting their bloody heads off. We could have easily got our bag limit of 36 nannygai (there were four of us on board) at this one spot alone, but Abba being all about sustainability and not wanting to flog out one of his favourite marks, opted to leave them for next time and planned to push further afield. We ended up travelling another 30 miles, way past the back of Kindemar Reef to some grounds we hadn’t fished before. We cracked our first beers for the morning and we were in high spirits on-route to the next location.

Although I love using metal jigs and plastics when fishing offshore, I usually start off bottom bouncing with big 8/0 gamakatsu octopus hooks loaded with squid and cut flesh baits until we put a few fish in the ice box. Once the pressure is off, I will break out the artificials and experiment a little. This was a lot of fun as I caught a nice Spanish mackerel on a 150g Majorcraft jig shortly after dropping it down. We ended up with a bunch of nice red emperor and a few trout from this location. 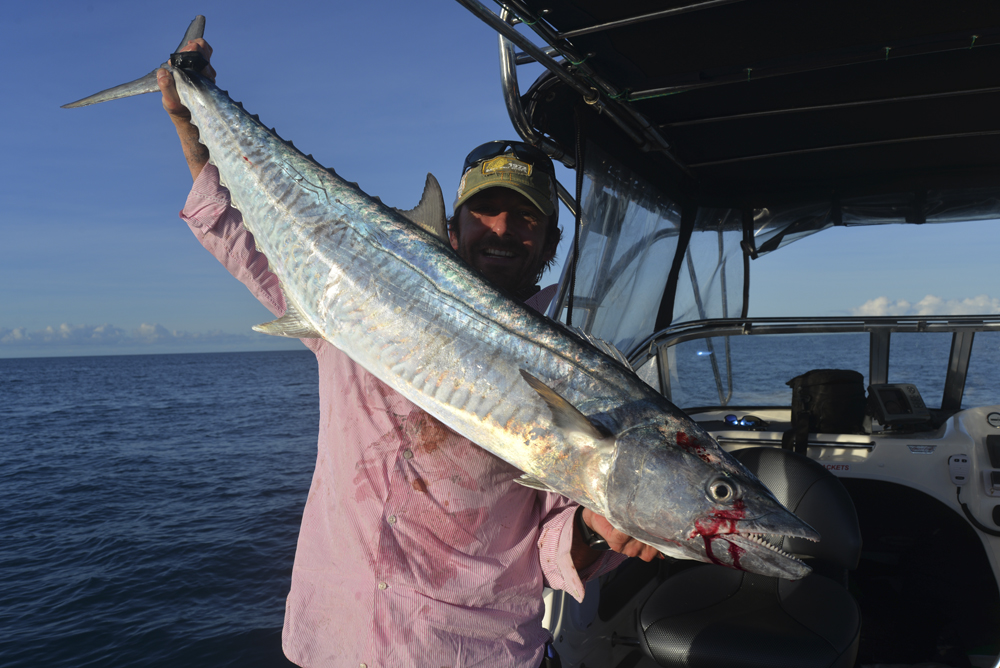 The tide was now picking up, so we decided to head back in behind the reef and try for a few Spanish mackerel, given their preference to significant flow and tidal movement. We were heading to a spot nicknamed “lollybags” where I had some unfinished business from a previous trip. The last time I fished this spot with the guys, we couldn’t get a fish back to the boat. Despite it being only 17m deep, the fact we locked our drags up completely not giving the fish an inch and pumped like crazy, we could not get a fish past the sharks. They were everywhere. If the sharks didn’t grab your reef fish, the packs of marauding GT’s would. This place was off its’ bloody head. Guess what? This time round was no different with me losing 3 nice fish (presumably trout) to sharks and mackerel as well as 3 jigs. My frustration was obvious. Ridge and Matt floated out some pillies on ganged hooks and it took literally 30 seconds for the Spanish mackerel to climb on. This was awesome to witness as the boys boated 4 nice Spanish in really quick time. We now had 5 Spanish aboard and once again, we could have caught a stack more but we decided to move on. 5 nice Spanish mackerel converts to an absolute stack of fillets, plus the 300L ice box had some serious bulk in it by now.

Being late afternoon, we decided to head into our anchorage for the night. Historically, heading into the anchorage meant heading into a shallower/calmer area which was relatively devoid of structure, winding back the fishing, getting on the rums and having a feed before hitting the sack early. This time the anchorage was a mark that Abba was given that was a proven red emperor spot. Despite the fact the current should have been ripping at that stage of the tide, the flow was non-existent which meant the lines were going straight down and the fishing was a breeze. I could only put this down to the tidal interaction with the reef and the fact we must have been in a bit of a back-water. We did break out the drinks, but the fishing certainly didn’t slow as we managed to land a few more red emperor and nannygai as well as the mother of all Chinaman fish. 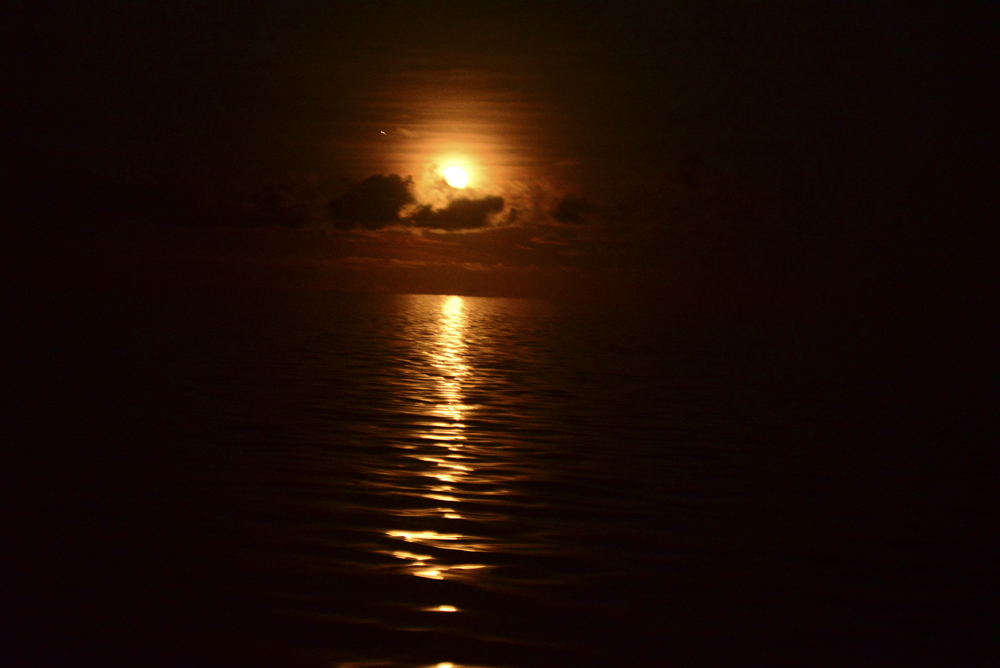 A slight rock that night ensured we all slept like a log. A total of 10 red emperor were in the ice box which was a personal best for the boat. I was pretty stoked to get 4 of them and earn myself the coveted BOB (Best On Boat) award for the trip! Usually on the second day, we would fish until roughly 9am before commencing the long trip home, followed by a full afternoon filleting the fish and cleaning the boat. We had such an impressive ice box and were pretty chuffed with our efforts that we only fished for half an hour on day break on the second day before we decided to call it early. Another epic trip put to bed.