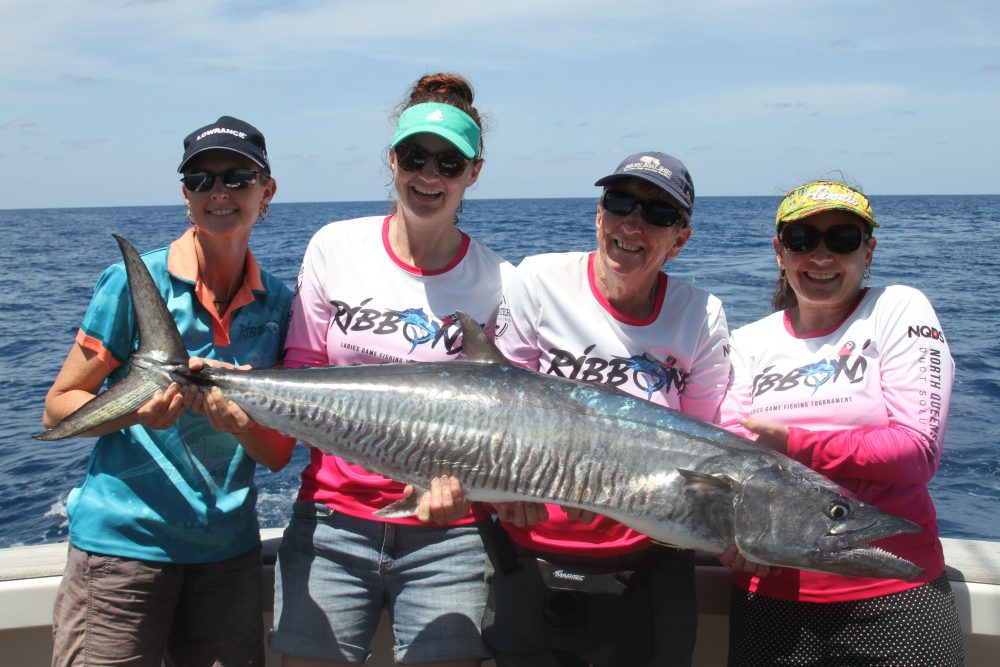 Interpreting signs whilst on the water is crucial for fishing success. It is why I love standing up on the casting deck under the stealth of the Minn Kota electric. From this position, you get to see everything and hear everything that is happening around you. Couple this with a crystal clear image from both sides and below from the Humminbird Mega sounder, and you really begin to dial into the environment.

There are many signs to observe whilst fishing. These include the movement of tide and water, types of fish holding structure above and below the water, and sounds of fish feeding; right through to the obvious where you can physically see fish to cast at. 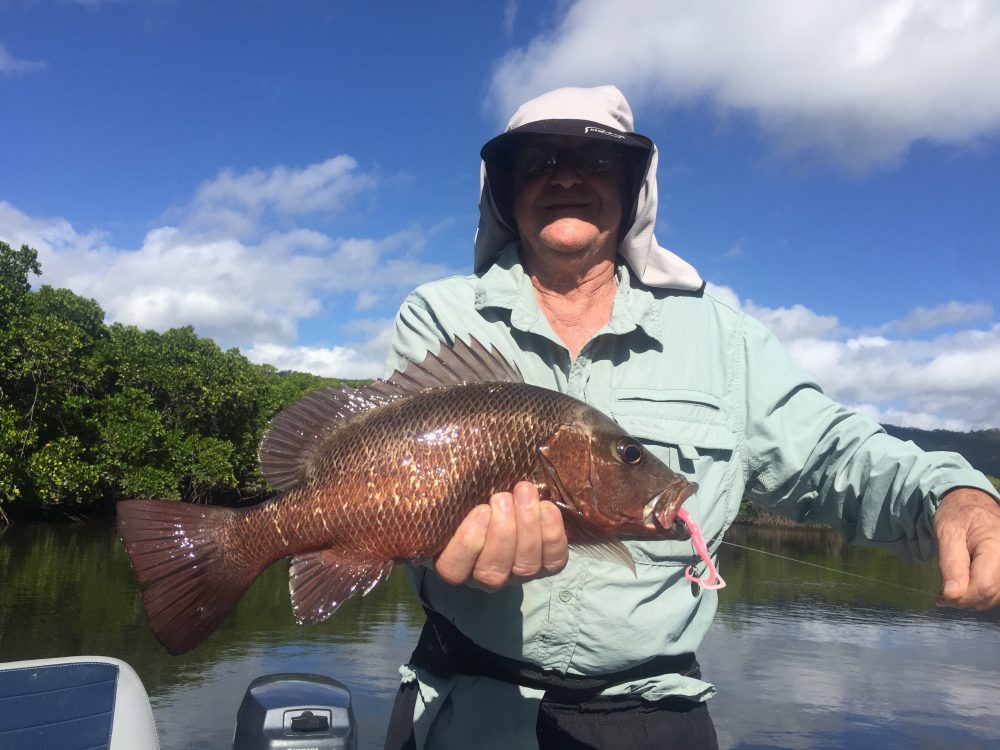 The best time to be casting for jacks is when the bait is nervous and erratic, not calm.

In an offshore situation, even in the deepest of waters, the presence of baitfish will just about always signal the presence of predatory fish. I vividly recall my first time light tackle fishing off the shelf in Exmouth Western Australia. We spent most of the day running a spread of lures but it was not until the captain found a patch of bait mid water that the crew began to get itchy and ready for a bite.

Sure enough, it was not long after the bait appeared on the sounder that the riggers exploded and a string of wahoo and black marlin hooked up to our baits and lures.

After racking up a few west coast billfish and wahoo, I spent the rest of the trip chewing the ear of the skipper about how he was reading the water and how he was using these signs to find fish- because there is a lot of water out there for them to hide! Sure enough, it was all about the baitfish and where he believed they would be and why they would be there. To me at the time it seemed the greatest challenge was not hooking up to a marlin or wahoo but finding the bait! From this experience, I soaked in a great deal of information and transferred this learning with much success to my Spanish mackerel and light game fishing back on the east coast.
Speaking of Spanish mackerel,

…you will often hear anglers talk about the mackerel season and how it is triggered by the onset of the cooler weather in North Queensland. The reality is that it has more to do with bait schools moving into the area than the cooler water.

Your sounder is an awesome tool to help you read the movement, presence and behaviour of bait.

This was never so obvious in Bowen where the infamous mackerel patches lay dormant for most of the year until large schools of white bait would take up residence on the patches.  The white bait would move in and shortly after the doggies and spotty macks would follow. Behind them would be the Spanish mackerel, juvenile marlin and the dreaded sharks. It was all a cycle and if you could dial into that cycle then the fishing rewards were incredible,  especially on the trophy sized female Spanish mackerel that would come in late to spawn when the bait grounds were at their best..Things to look out for were obvious signs such as bait balls and working birds, but there were also other less direct signs like certain wind directions and weather. Probably the most obvious was the colour of the water and the moment that inshore dirty green water turned to blue you knew the bait schools were never too far away. 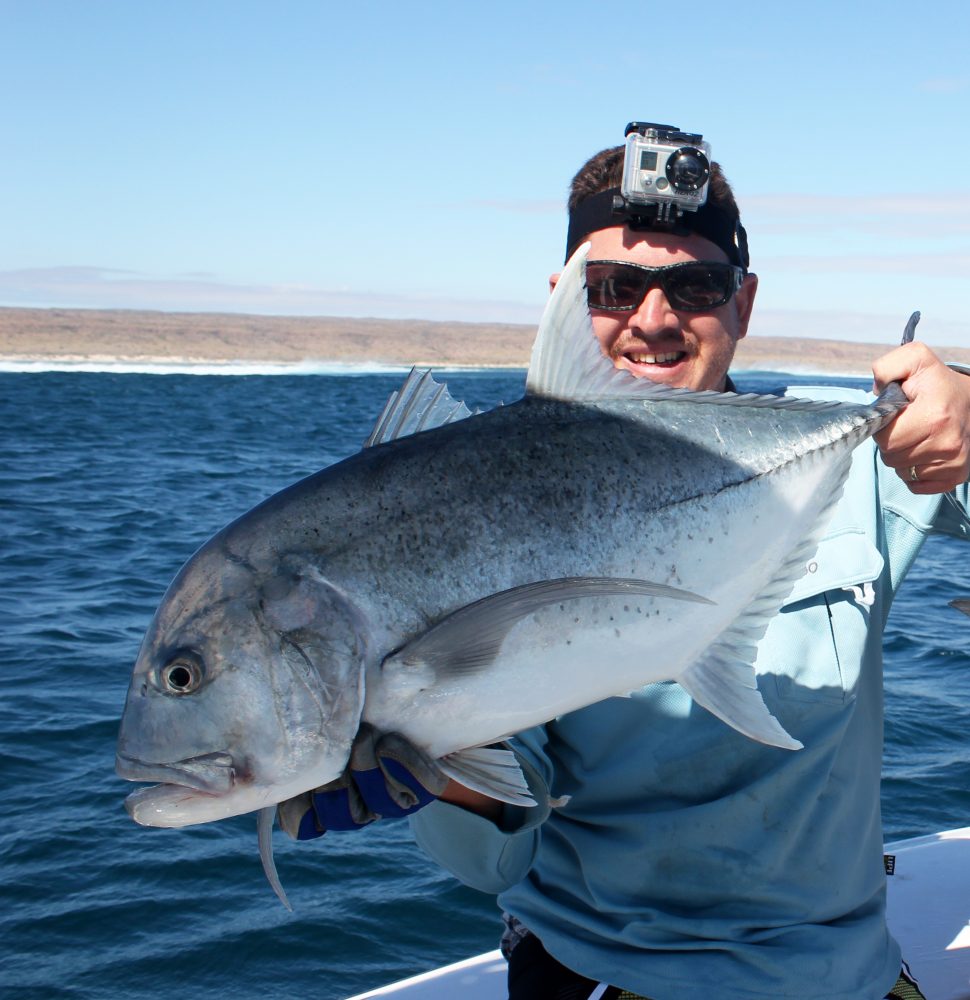 GT are likely fish that push bait fish to the surface.

Moving away from blue water and up onto the reef, bait signs also have plenty to offer anglers, especially if you love a bit of top water action. I spend just as much time below the water spearfishing and free diving  as fishing and it is a real learning curve watching how baitfish react to different situations. The baitfish worth observing in this reef area are definitely banana fusiliers and yellow-tailed fusiliers that can tell you a whole lot about what fish is around very quickly. Below the water, if you find these fish swimming in a loose group right through the water column from top to bottom then you know there are no predatory fish around. However, find them bunched up and sitting in the top third of the water column then you know something is out for a feed. Above the water, this is just as obvious especially on a calm day as they ripple the surface of the water and sometimes even shower or spray the water as they come under attack.  Most often, it is from the thugs of the reef in the form of giant trevally or coral trout keen for a feed.

These signs are billboards that scream; ‘throw your stick bait here!’ followed by the other sign that says, “Hold on for dear life”.

Sometimes out on the blue water the signs come to you and if you have ever been on drift whilst jigging you may have encountered this experience before. On some occasions, baitfish may actually take up refuge around and under the boat to the point where you can see them from the surface. This is a positive sign that you are in the right place and at the right time as something has them genuinely worried. I’ve had this happen to the point where I thought there was something wrong with the transducer as the picture was all blotted out at the surface. Quick inspection over the side saw millions of tiny baitfish all packed under the boat seeking cover. What lay below was a mix of mackerel, tuna, cobia and sharks which proceeded to attack them all around the boat.
Before we leave the blue water there is also the signal of too much bait to consider. I find this issue is often the case around inshore marks, wrecks and wonky holes. Sometimes if the bait is so thick it makes you wonder if there is too much down there and the fish have had their fill and gone to bed. It is at these times where everything on the sounder looks perfect, fish arches and bait galore but nothing is biting. It definitely gets you wondering. 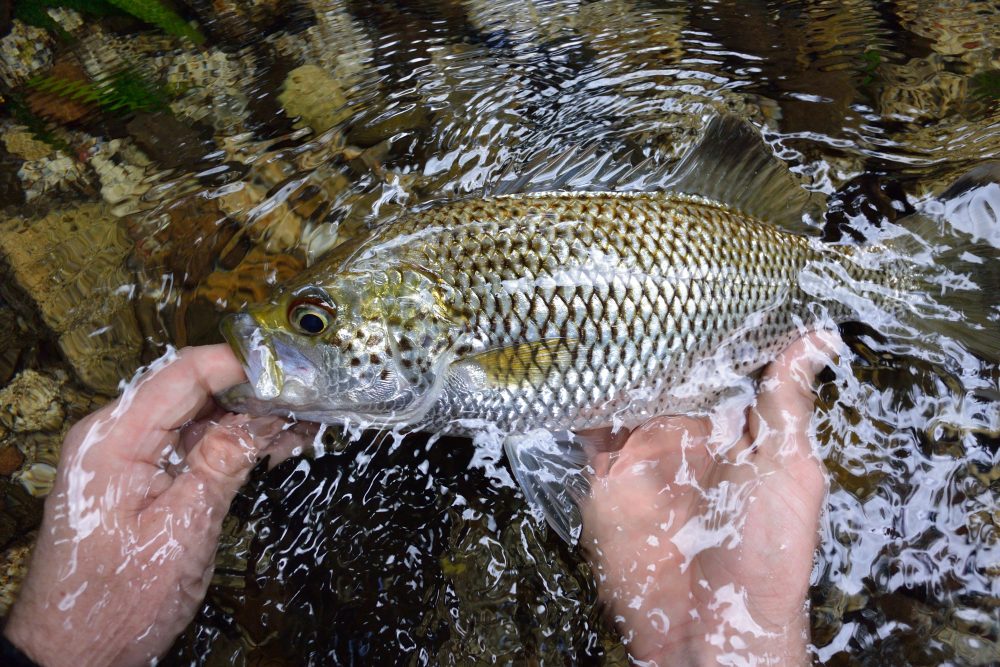 Jungle Perch are awesome targets but can be hard to find. You need to use whatever signs you can which include above and below the water.

Whilst the blue water has plenty of bait signals so does the estuaries and even the fresh water creeks.
As I stated earlier, being up on the casting deck in the creeks can offer so much information if you know what you are looking for. The one thing that I am constantly looking for is not just the presence of baitfish but what they are doing. The last thing I want to see if I am lure fishing up a creek is heaps of baitfish like mullet and herring just lazily swimming around with not a care in the world. Happy baitfish can only mean one thing – there are no angry jacks or barramundi around looking for a feed. On the other hand, if the baitfish are scattered and nervously swimming erratically it’s telling you predatory fish are out and feeding and you are at the right place at the right time. In fact, sometimes I prefer to not see any baitfish at all, especially around the snags or structures and especially not swimming in the middle of the creek as if they own the place. The ultimate bait signs are bait getting smashed all over the place and there is nothing better than seeing half a mullet missing its tail on top of the surface, flapping for dear life. The other thing I like to look out for is the presence of multiple archerfish. For some reason I never catch anything good off snags with these fish around them. 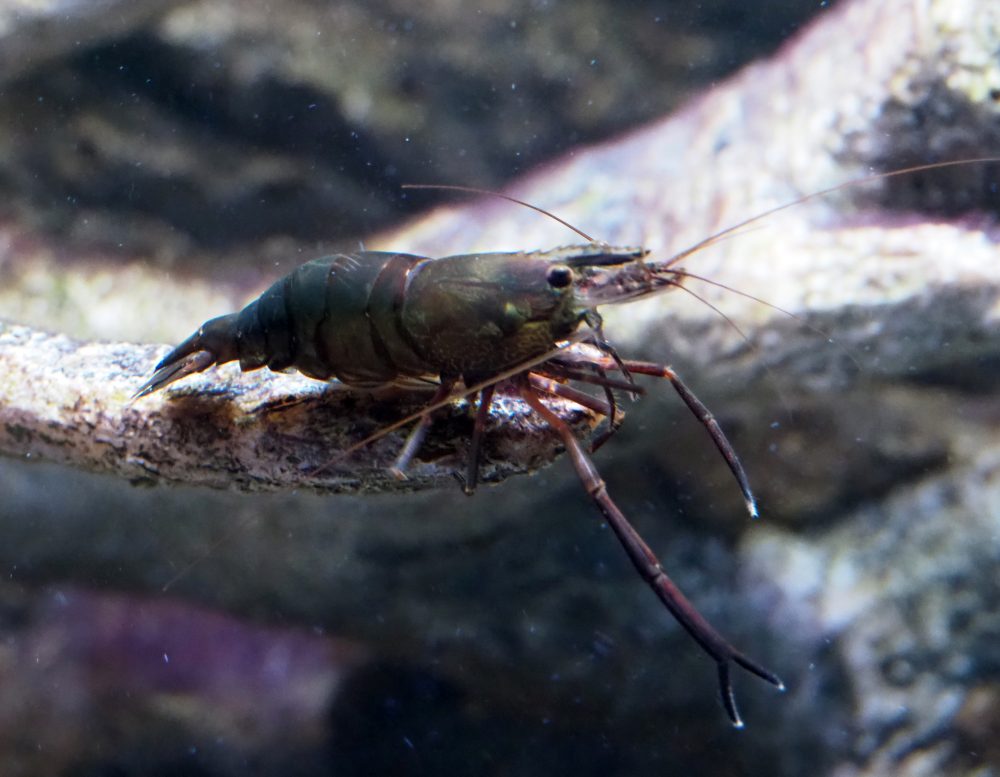 Seeing too many cherabin when you are walking the creeks is a sure sign the JP are not thick.

The bait signs do not end in the saltwater and there are plenty to keep an eye out for in the fresh water as well. One of the best signs ever shared with me was the presence of cherabin when targeting jungle perch. Jungle perch love cherabin so if you find a pool or stream with plenty of cherabin walking around without a care in the world you can put your house on the fact that the section you are fishing is free of JP.  One or two here and there but lots of them is definitely a bad sign. Sometimes bait doesn’t even have to be fish or crustaceans in freshwater especially when you are chasing JPs. Certain times of the year coral berries (red berries which grow on trees) mature and fall from trees and are a delicacy for JPs. Look for these trees and if you can spot maturing fruit then you know there will be a JP around somewhere. The other sign to keep an eye out for are the presence of gudgeon or mud cod. These are an absolute delicacy for barramundi so where you find mud cod you know the barra cannot be too far away.
The movement, presence and behaviour of baitfish can tell you a great deal, about what is happening where you are fishing. Every spot is a good fishing spot and often it is the time you are there which determines how good it is. You want to be fishing every spot when it is at its’ best and one of the best ways to do this is look for signs – bait signs.