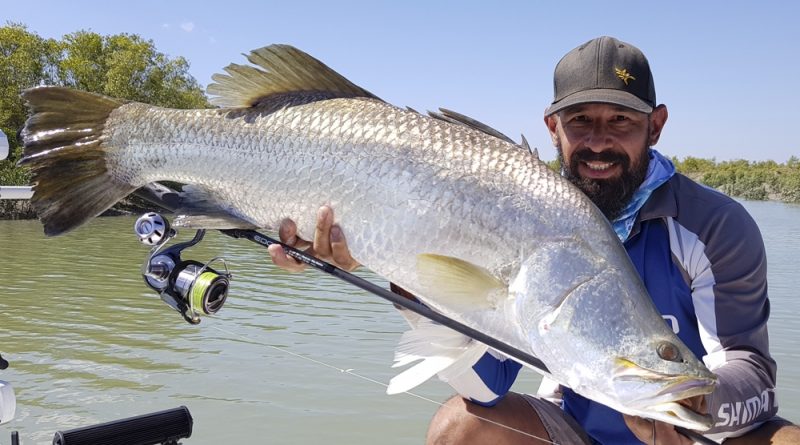 With all the different sounders and advanced technology available these days, it can be pretty confusing. Firstly, when deciding on which brand of sounder to purchase, it helps to consider what type of fishing you are most likely to do and research what each brand provides.

Sounder brands also work specifically with certain branded electric troll motors, so this is also something you need to consider.

Some key things that I have discovered may help you read your sound more accurately which ultimately will help you locate more fish to catch, which is what we want! Some of these may vary in terminology or features from sounder to sounder. 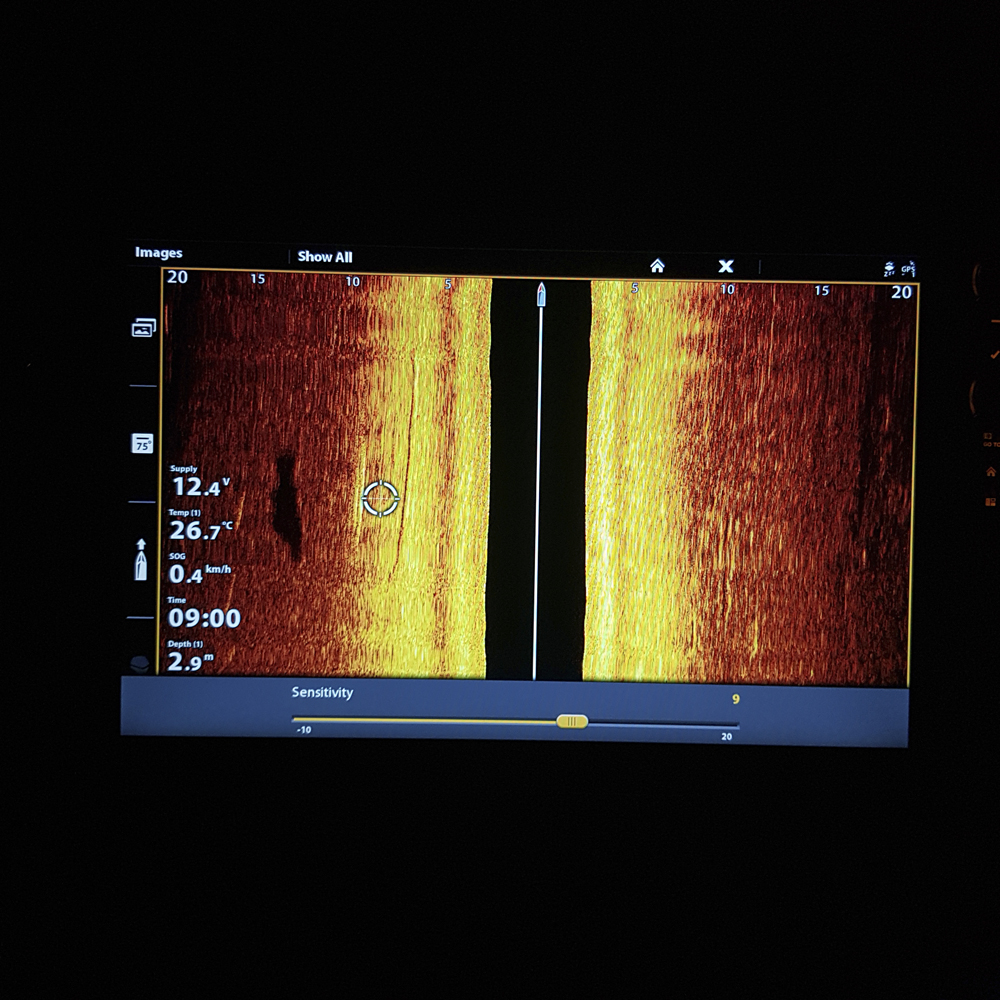 I fish both blue water and salt water estuaries and river systems in the NT.I run two sounders – a Humminbird Solix G2 12″ linked to a Humminbird Solix G1 15″. While it is not necessary to have 2 sounders, as all have split displays, I find that having the two allows me to have each display in full, ie one displaying full side imaging and the other displaying navigation, traditional sonar and down imaging. I find that the bigger the display, the bigger the fish/structures appear, which allows to me to work out what exactly I’m looking at.

Contrast, sensitivity and chart speed all play a part in picture quality both while stationary and moving. Contrast and sensitivity helps differentiate and define what is being scanned beneath and beside you. Firstly, I start at the default settings in contrast and sensitivity and then slowly dial it in (increase it) to improve sharpness of the image and get a better shadow return on objects, which helps me determine what it is being scanned – be it fish or structure. More often than not, I set the contrast between 13 and 17. I continually adjust the sensitivity as I fish (generally 2 – 4 increments) to perfect the picture quality and to adjust to the conditions or to get a better return on things I happen to come across. 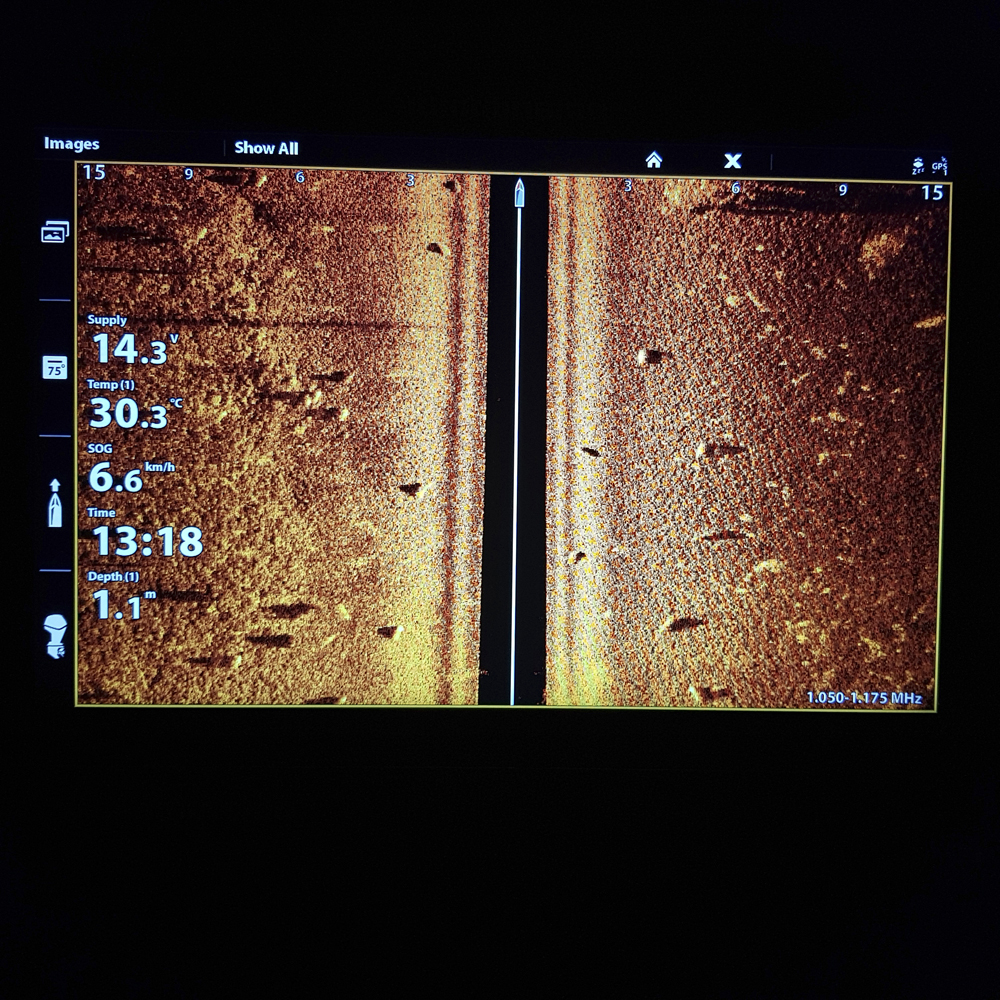 When it comes to adjusting the range, this is where the Hummingbird stands out from its competitors, as I can creep up a creek which is only a metre deep and 30-40 metres wide and it will display bank to bank image, and the image will be clear edge to edge.

Range varies to where you are fishing and what you want to achieve. When you are looking for fish, I find it most effective to have it as wide as possible (35 metre mark) and when you find them, bring it in a little to get a better image of them (ie 15 metres).

Chart speed determines how fast your sounder image updates the picture. The faster you go, the bigger the fish will look as it essentially stretches and elongates the image. The slower the chart speed, the more it compresses the image as it has longer to update the image. I personally don’t run under a chart speed setting of 7 and max 10 (zero being low and 10 being high), as speeding it up picks up fish better. 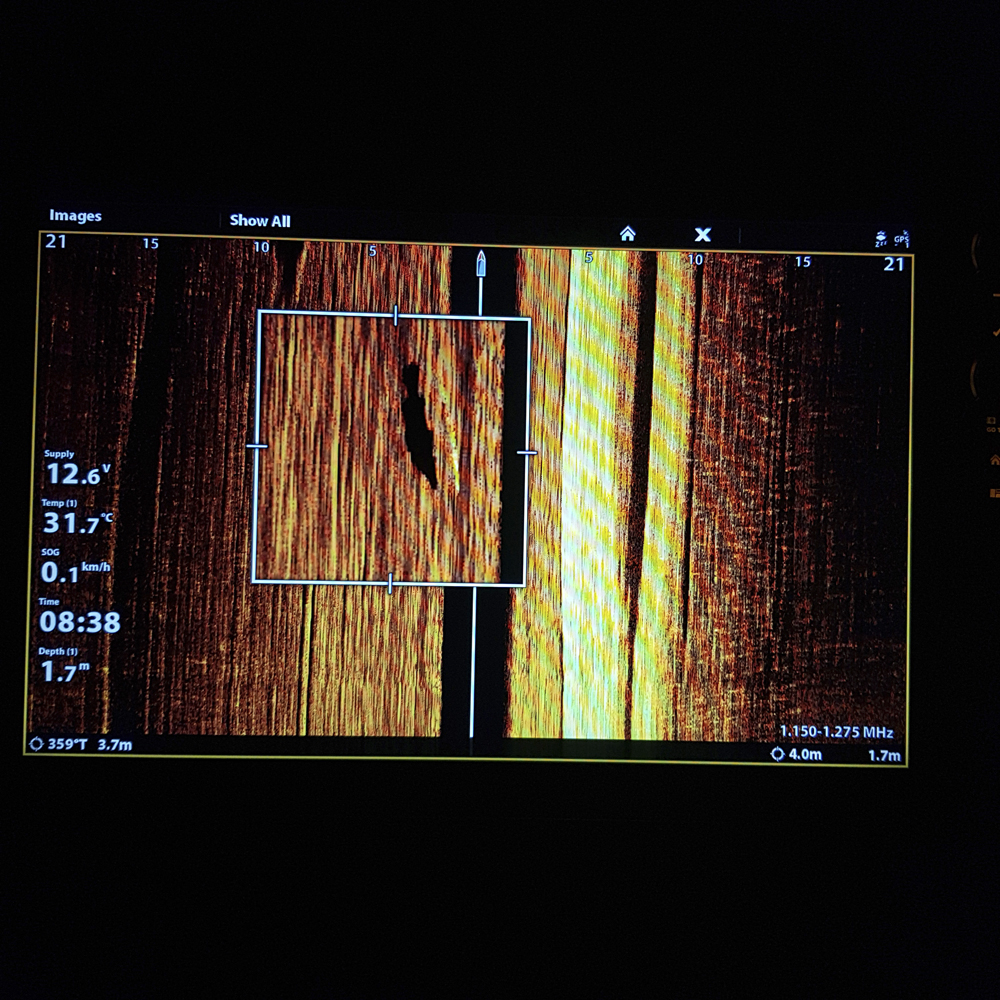 Once I get these settings adjusted, when looking for fish, I set the boat speed to about 5 to 8 kilometres per hour and interpret scanned images. Once fish are found on the side imaging, they will most likely appear as little white rice grains or streaks on the screen and then mark on the GPS and come back around on them at idle and as the boat is going slower, the image becomes stretched which gives a more detailed image to determine what fish they actually are. I then take notice of the direction the fish is facing, the current direction and also where it is in the water column, which influences where I position the boat. I normally park on a 45/90 degree angle if the fish is facing away from me so I can throw a lure beyond the fish and work back toward it (past their nose) especially if they there is a group sitting stacked. 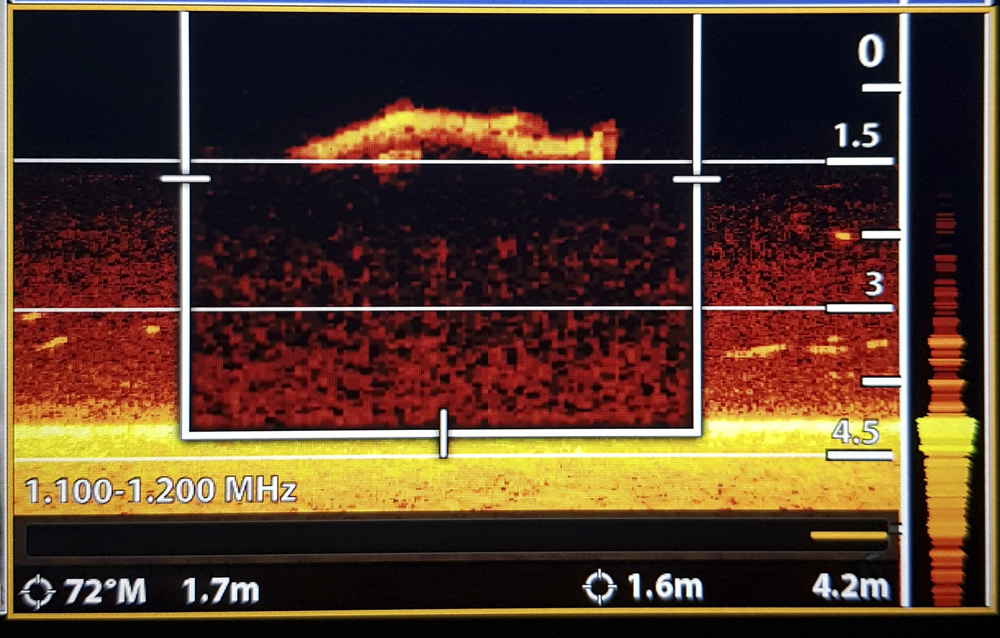 In general, if there is a fish sitting on the bottom and there is no gap between them and their shadow – it will be harder to get a bite, as opposed to those sitting mid water, also I generally have found that fish sitting in random positions means they are generally on the move and looking for a feed.

So that is a brief summary of where to start and how to use some of the settings of your sounder to get the best results. Then you have wind, tide and weather to compete with! Happy fishing!