Gettin’ Jiggy with it – By Luke Galea 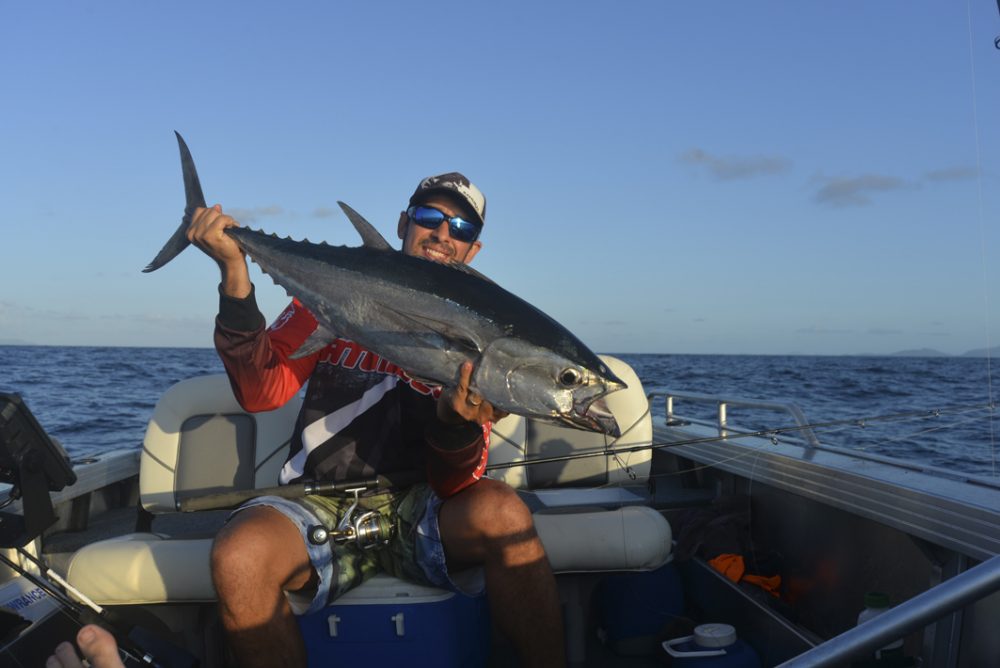 Fishing can be such an amazing vehicle. It has the ability to deliver us to spectacular and picturesque locations, it challenges us to pursue new species on our bucket-lists and utilise new techniques along the way. It inspires us to continue learning, and by doing this, we become better anglers.

Personally, I’ll be the first to admit that I have been pretty fortunate in this space. I have a missus that knows I need to fish like I need to breathe so have been given the freedom to pursue a bunch of epic fishin’ missions chasing fish I have researched and that have provided me with an insatiable urge to capture. When it comes down to it, I honestly have trouble pin-pointing one style of fishing that I prefer over the others. I just love it all!

I think it’s fair to say without a shadow of a doubt though that offshore jigging is certainly ranked higher up on that scale. There is something pretty special about cranking your 100g jig flat out through schools of bait and feeding pelagics, only for it to be intercepted half way up and then take off flat out back down towards the depths.This sort of fishing can be pretty awesome, but these days I get even more satisfaction in taking other anglers offshore who had never experienced jigging before and seeing that light-bulb moment when they realise just how freakin’ epic it is. 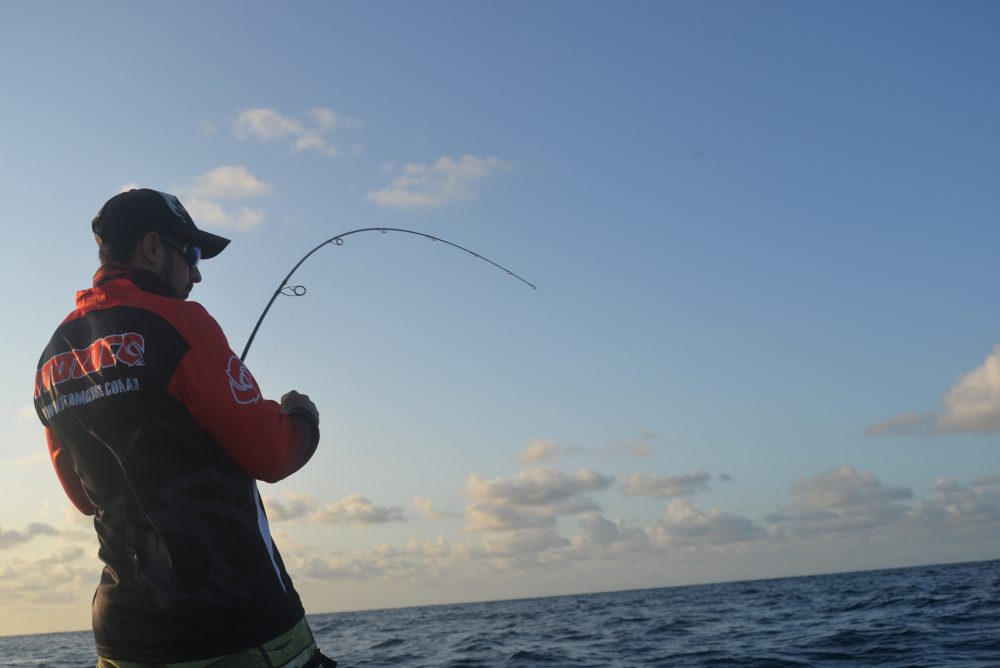 At last year’s work Christmas party, I met a colleagues husband – Dan, and found out that he was a mad-keen fisho. After a few beers and talking shop, we exchanged numbers and went to work planning a trip. Now, despite being very keen, it’s fair to say that Dan had really only ever experienced bait fishing and would have been more comfortable sitting in the creek soaking livies on a big Gamakatsu 6/0.Not that there is anything wrong with that of course as bait fishing is where we all started out and obtained our passion for the sport, but as I said earlier, it is good to trial new techniques and push the boundaries a little further. When I called him to organise our first offshore trip, I offered to bring some bait along for him, but credit to Dan, he was keen to leave the bait at home, put himself out of his comfort zone and disregard the style of fishing he had only ever known. I was keen to show him what this jigging caper was all about. Did we do that? Bloody oath!

We left the boat ramp in the early hours of the morning and headed out to the shoals.

Upon arrival the big 12 inch Lowrance HDS-Live lit up like an episode of My Little Pony with bait, structure and prominent fish arches everywhere. We knew we were in for a session. We tied on a couple of 100g Majorcraft jigs and send them down to the depths.

Dans initial technique was a little on the slow side so I gave him some pointers to really get in and rip it. This certainly fired the fish up and we were soon boating fish with regular frequency. 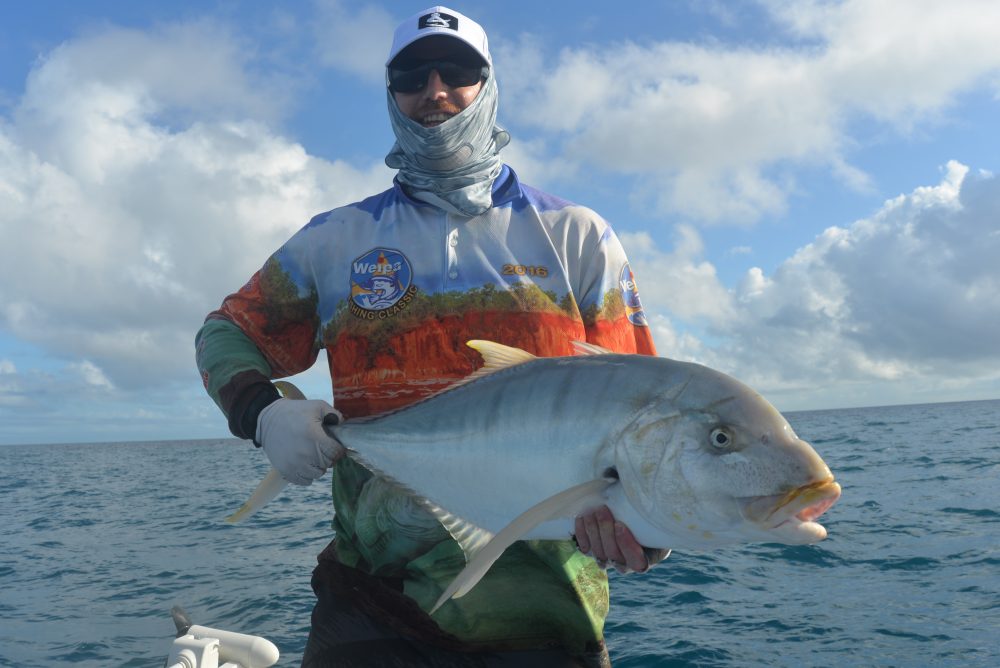 This jigged up golden completely blew Dans mind. The fish was released to fight again another day.

When jigging, the technique can be taxing on the angler, but is generally relatively simple. Just drop the jig down through the middle of the bait school and once you hit the bottom, crank it like crazy back through the bait with a series of pumps and winds, and erratic movements. For pelagics, one thing is for certain – the faster you can move that jig, the better. On some occasions, you will get hit on the drop whilst still in free-spool, which the challenge is then to flick the bail arm back over (if using spin gear) while the line is disappearing at a million miles an hour. When talking mackerel, their teeth are so sharp that there are occasions where your jig will get snipped off on the drop without even registering that you have had an inquiry. This can be quite frustrating (and expensive), but is all part of this game.

Despite the frustration, NEVER use a wire trace when jigging.  A short wire leader may be the safe option when jigging for mackerel, however, it will almost certainly turn them off the bite. I have found that applying even a mere 3 or 4 inch section of fine single strand wire has been enough to shut the bite down. I know that personally, I would much rather get the bite and lose a few jigs here and there by being bitten off over playing it safe, using the wire and not getting the bite at all. This decision is ultimately up to the individual but for me the decision is a no-brainer. At the end of the day you are out there to catch fish and have a great time doing so, so I prefer to run the gauntlet with mono leader. 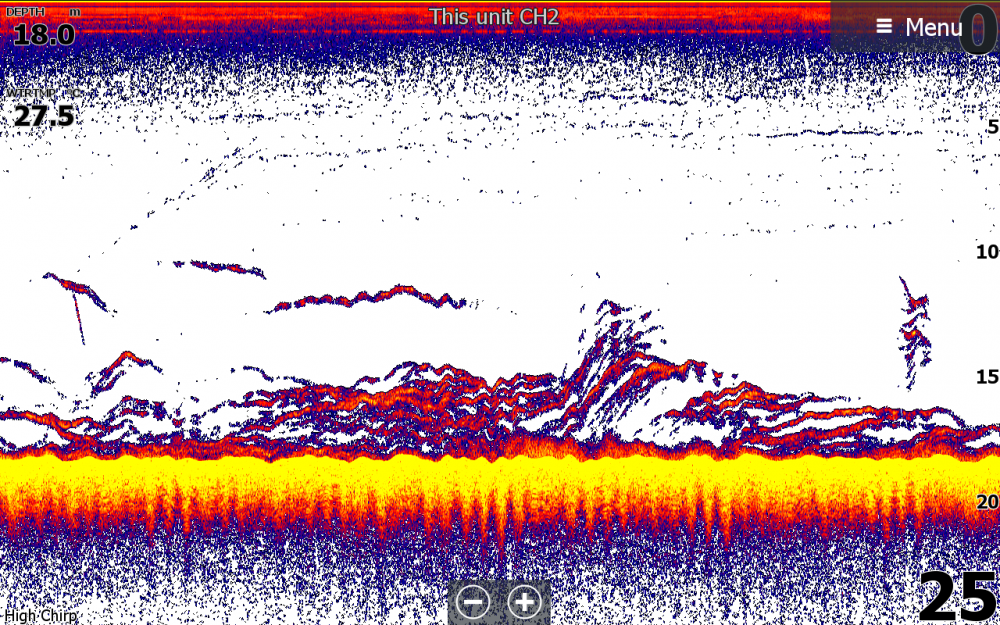 This is exactly what you want to see when you pull up to a spot.

Despite losing about 6 jigs, we ended up with a couple of solid grey mackerel and a bunch of trevally (diamonds, tea-leaf and some cracking goldens) before the bite slowed. It is worth noting though that the hottest bite period came just as the current started to pick up again about an hour after low tide. It was as absolutely awesome day. There was icing on that cake though. There were 2 occasions where schools of tuna had balled-up bait right around the boat. Apart from the jigs, the only other rods we had rigged up were ones with large 6 and 7 inch plastics that we used for a quick bit of bottom bouncing between the jigging.The tuna were so close and not having the time to change to a chrome slug, we flicked our placcies out into the foaming white-water and we ended up with a double-hook-up of longtail tuna. This happened again about 20 minutes later and again we ended up with a double-hook-up. We got lucky whereby the bait they were chasing was herring around 10cm long so the larger plastics didn’t seem to phase them.

Drag screaming runs from these speedsters was an awesome way to top off the day – so was the fresh sashimi at the end of it.

Dan described this fishing trip (well, we’ve now actually been twice, with the second being just as epic as the first) as the best fishing trip he has ever had. I know there must have been some truth in that as the text messages I received for days after would certainly vouch for that. Emilie (my work colleague and Dans partner) said that I have created a monster as he hasn’t stop talking about the trips and has been up to 2am most nights You-tubing jigging videos and researching new rods, reels and jigs…..heck, even a new boat potentially! One thing is for certain though, it looks like Dan and Em’s bank balance is going to cop a hit.

Believe the hype. Offshore jigging will completely blow your mind and will keep you awake at night long after your head has hit the pillow. Give it a crack! 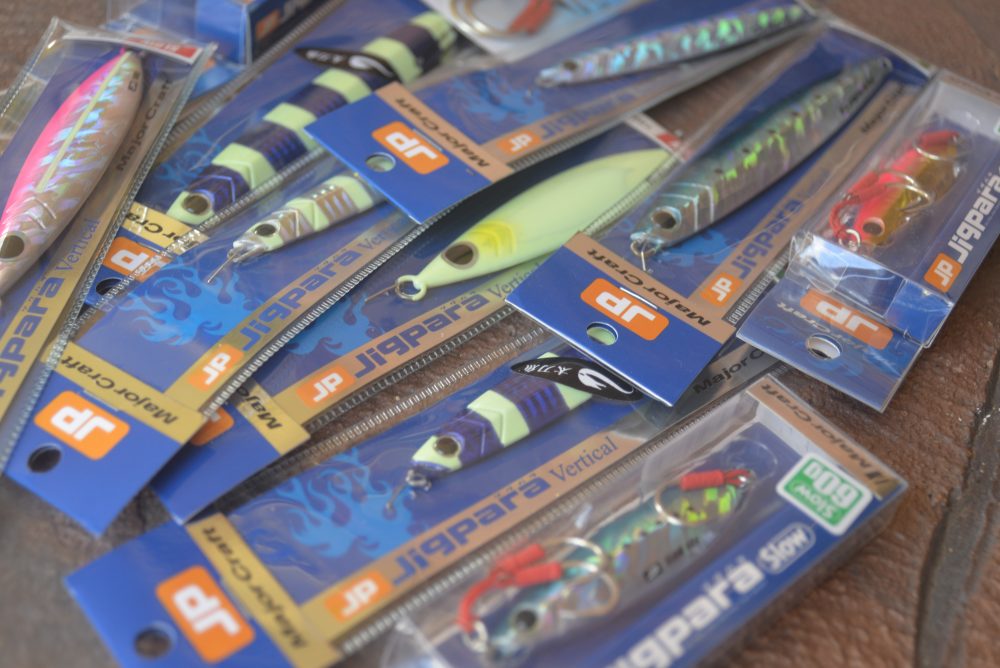 A selection of jigs, like these from Majorcraft will give you plenty of skin in the game.