Breaking the Drought – By Josh Behrendorff 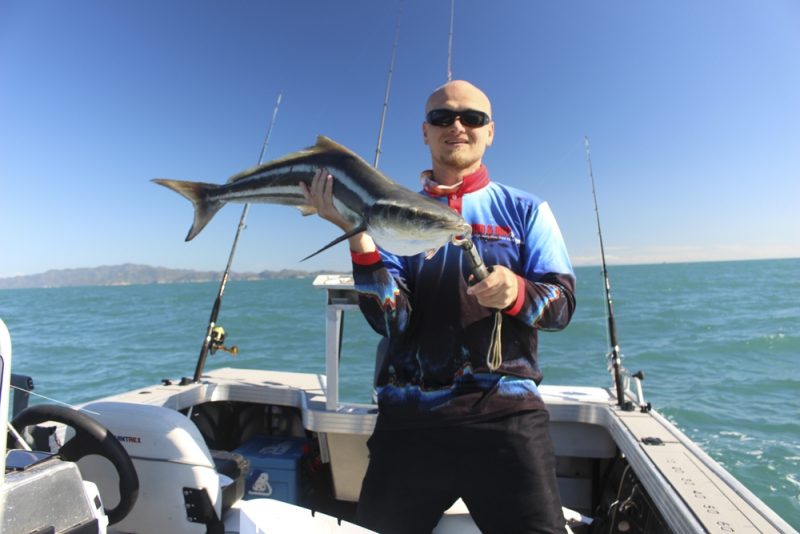 For many of us, fishing is more than just a past time, it’s a way of life. Although when the fishing gets tough and the fish stop appearing, you start trying new things until you overcomplicate the instinct that led you to finding fish.

Well at least that’s what has happened for me this year, seafood was becoming a special treat on our dinner table rather than the staple diet. Fishing was becoming less fun and more of a chore, I was over-planning each trip and coming home empty handed each trip. I even got to the point where my wife and I joked about selling the boat. Clawing my way back to enjoying fishing I begun by simplifying my approach and getting back to basics. I stopped expecting to catch fish and started to appreciate the opportunity to be on the water. 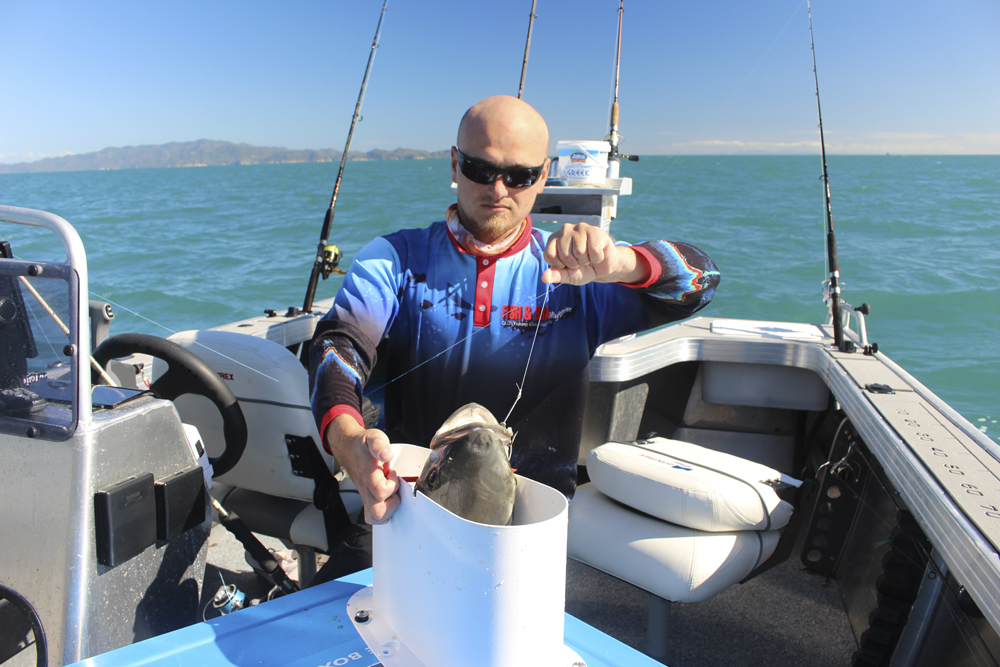 The simple plan for this day boating was to clean out the freezer of all the old bait in preparation to defrost and clean the freezer. The best way for me to use up all the old bait was to head out to the inshore shoals and dice up the old bait and create a good berley slick and try my chances at catching a fish on the incoming tide. With all my recent successes out fishing this year, I had no expectations to catch a fish but I packed the IceKool esky with some ice to keep the old bait chilled. I was privileged to be joined with my father, the man who first introduced me to fishing at a very young age and my son. Three generations of Behrendorff’s together on the one boat, what could possibly go wrong?

When I arrived to the shoal, my father and I set about getting a paternoster rig with some fresh bait on the bottom and flicking a ganged pilchard out to float around in the tide. We drew straws to see who had to cut up the old bait to begin the berley trail. Unfortunately I was the unlucky one to dig out all the freezer burnt bait from the EvaKool esky and dice it all up to make releasing the berley an easier task. 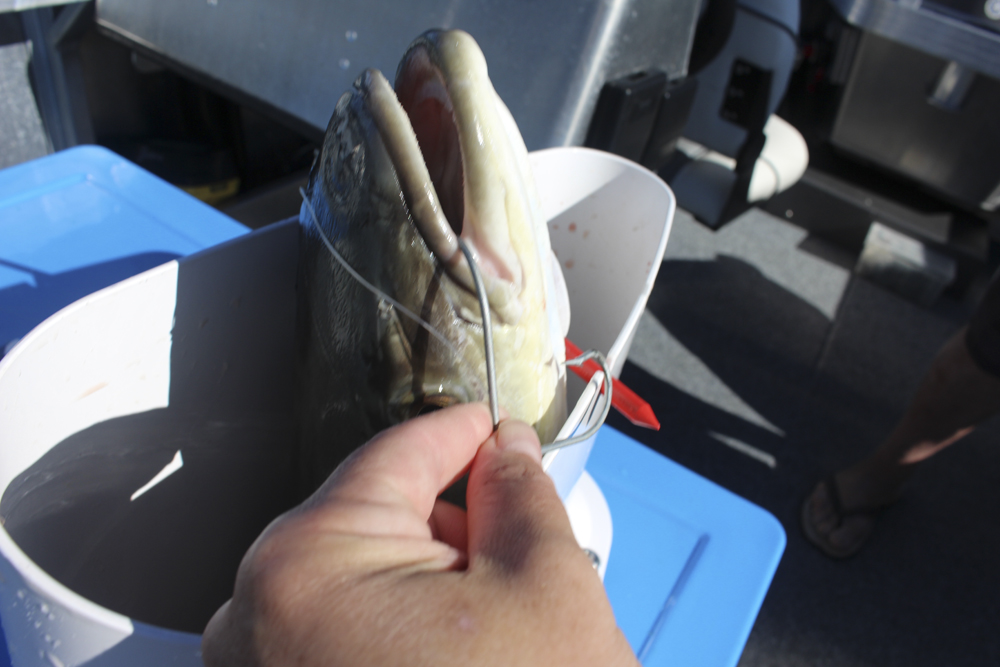 The berley trail was beginning to bring fish through under the sounder transducer, and some sizeable fish at that. With our current baits not getting the intended interest, I begun slowly winding in the floating pilchard which got absolutely slammed mid-way back to the boat. My automated reaction kicked into gear and I lifted the rod hard to set the hooks. The fish retaliated and seemed to substantially grow in size and anger and took off bending the tip of the Shimano Terez into the water as the line peeled from the saragosa spinning reel. With all my recent fishing success I presumed that this had to of been a shark, however as the fight went on I made the call for dad to clear the lines and dig the gaff out. The first time I got a glimpse of the fish I saw my line was wrapped around the head of this large brown flat headed fish, I called it for a bull shark. However as it took a deep dive again, I mentioned to dad that it could be a cobia, although I wasn’t even sure if it was hooked.

The fight continued and the fish gave us a few more glimpses which allowed us to get a positive ID of the cobia, yet we still never saw if the fish was hooked as we could only see the line head-wrapped around the fish. If that were indeed the case, it would have to be the world’s most unlucky fish. As the fish begun to tire I reached for the gaff and over confidently lowered it in the water as I dragged the fish to the waiting gaff. As the fish swum over the hook I put in a short solid jab to try and sink the gaff into the fish’s chin/gills but the solid boney head deflected the sharp gaff off which only angered the cobia into another hard run. Nervously, I loosened the drag and began to edge the fish closer back to the boat to be gaffed by my father after my botched first attempt. Like a seasoned deck hand he slipped the gaff into the lower lip and slung the 7kg cobia over the gunwales straight into the big mouth on top of the esky. The big mouth securely held the violently raging cobia securely away and prevented the ganged hooks to be thrown at us which could finally confirm were hooked in the corner of the cobia’s mouth. The big mouth esky topper allowed us to easily unhook the fish and bleed it before dropping it straight into the esky.

The relief of seeing a legal fish on ice was such a relief and with the monkey now off my back I sat back and did as little as possible, dad took over the berley duties and my son Ethan gave him pointers. The fishing never really picked up from this point. We managed to tease a few doggie mackerel to come up around the boat, yet we only managed to hook one and get it in the boat. Ethan was excited to have a crack at unhooking and bleeding the fish using the big mouth on the esky with great success. 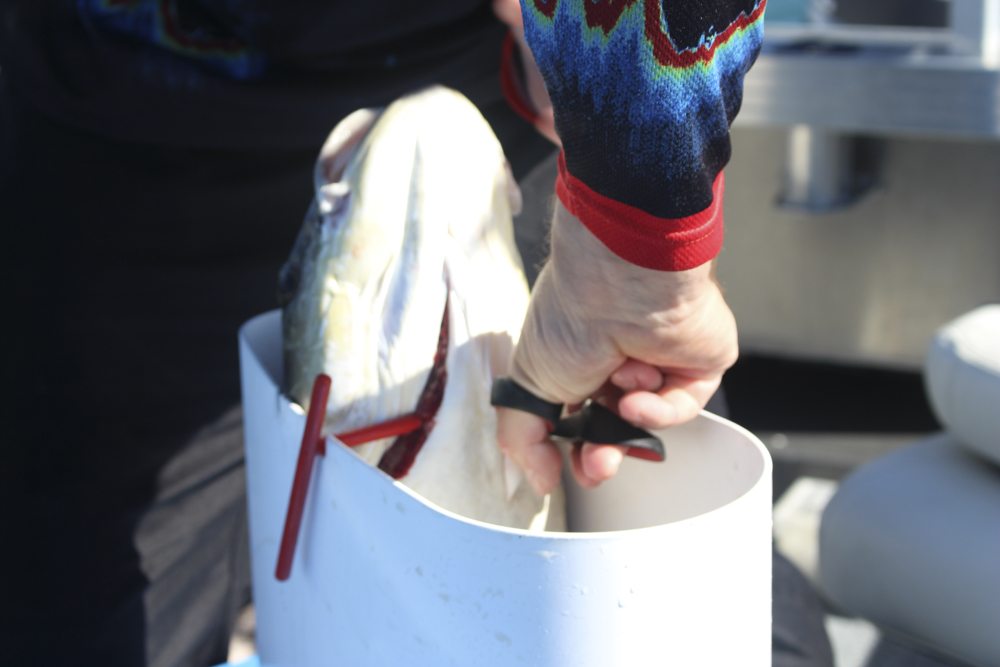 The wind picked up so we decided to move closer to shore on the weedbeds, hoping to lay a new berley trail and attract some more mackerel to the boat. In theory the idea was excellent yet as we sat back and cooked up our beef and bacon burgers with a cold beverage we were graced with a pair of dugongs. This again reminded me that fishing is not always about catching. The more we paid attention to the environment around us as we devoured our lunch, the more we realised that we were not alone in this anchorage. We weren’t only joined with dugongs that are rarely seen around Townsville, but we also had turtles and dolphins. It was a great end to a great day with some special company. Until next time, stay safe and tight lines.