What a Legend – By Anthony Gomes 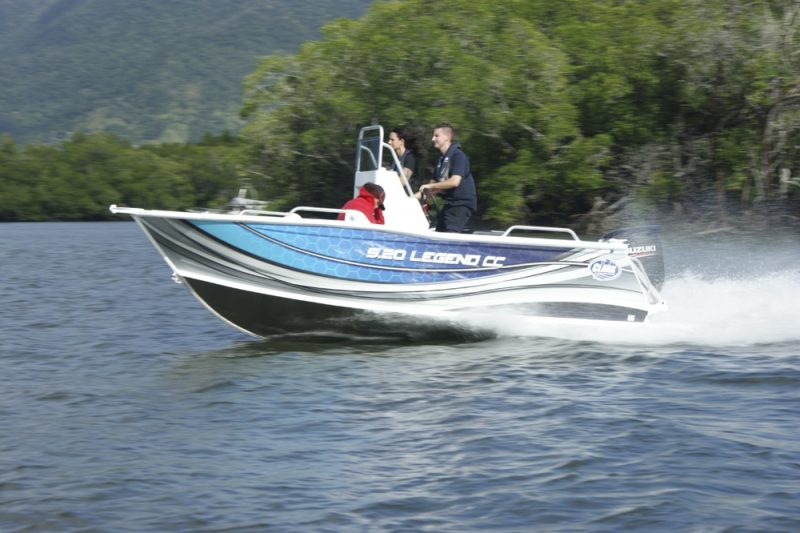 It’s no secret that one of the great things about working for this magazine is the fact that I get to jump aboard some awesome boats and meet some people that are very passionate about their role in the fishing and boating industry. The Clark 520 Legend, and the staff at Edge Marine are right up there on both accounts.

My test boat for the day was provided by the team at Edge Marine, in Cairns, and I have to say that this business is an impressive operation. Over the last few months, I’ve had the pleasure of meeting many of the staff there, and one thing stands out – they know their stuff and each of them take pride in their role within the business, from the workshop, right through to the front counter. This was apparent on the test day as Jason, Zac, and Racheal accompanied me on the water. To say they run a tight operation would be an understatement. These guys (and gals) are switched on. 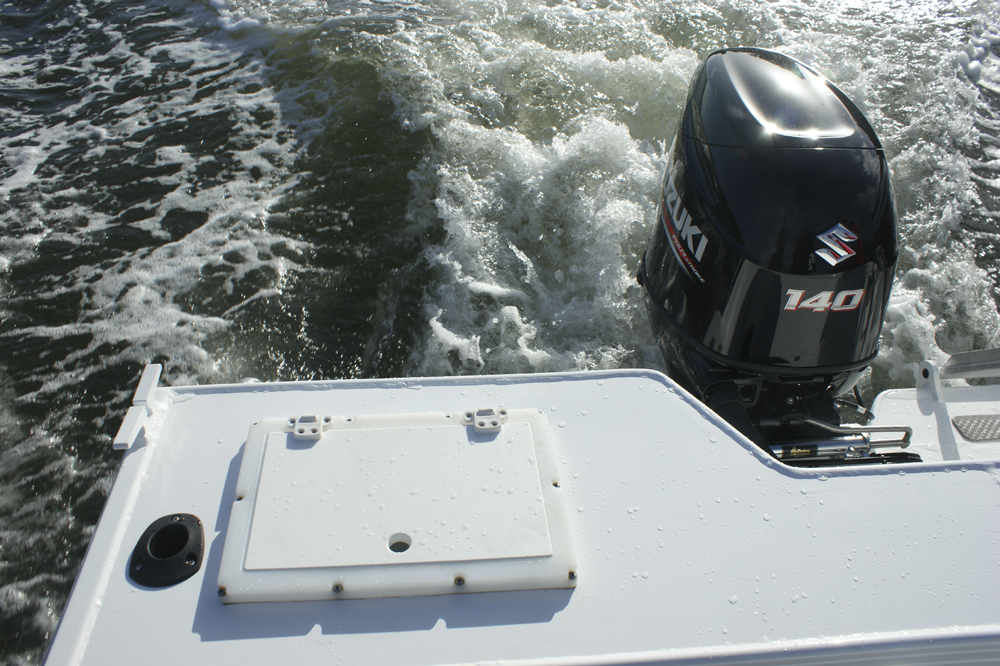 Anyway, back to the boat package. The team at Clark boats offer the 520 Legend in three different formats. There’s a side console and a centre console model made with 3mm bottom and sides, then they also offer a plate model as well. The 520 Legend we put on the water was the plate model (featuring 4mm bottom and 3mm sides), and it is one heck of a nice boat, and built tough to handle everything you can put it through. From the moment I stepped on board, and during the whole time on the water, I was very impressed with the complete layout, and feel of the boat. Aside from the features that we, as anglers, have come to expect, like live bait tanks, casting platforms and rod storage (to name just a few), the 520 plate Legend had a few standouts, in my opinion. The first thing I noticed was just how clean the layout of the boat was. It felt like a completely open boat, with lots of storage options, and room to move, and more importantly, to fight and land those fish. The next thing that I picked up on was the storage under the 400mm high forward casting platform. As well as the live bait tank in the transom, the team at Clark have very cleverly included a large live bait tank, with divider, which is plumbed, and two storage hatches under the forward casting platform. Back to the large live bait tank for a minute. This stretches across a large section of the casting platform, and not only is it placed in an ideal location, but, if you weren’t live baiting, it would also work very well as a ‘kill pit’ for bleeding those fish – it’s plenty big enough. 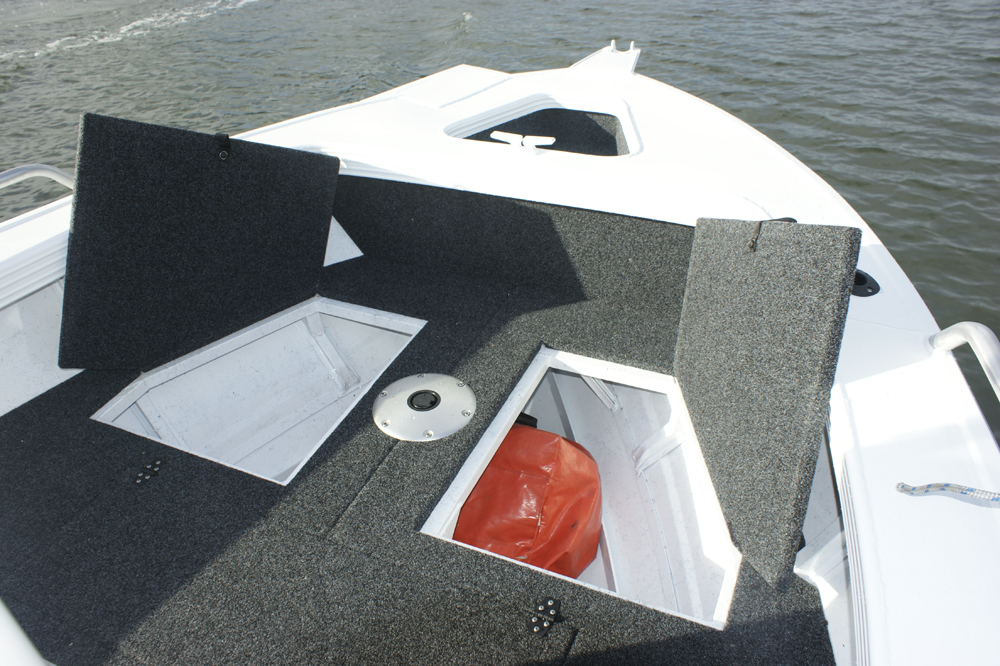 The other ‘stand-out’ feature I liked was the rear transom door. Unlike the majority of designs, which either open in, or out, the transom door on the 520 Legend folds down, and inward, acting as a step. The main reason I really like this idea is that a swinging door will impede you either when getting in, or out of the boat, whereas the folding design on the 520 Legend allows for easy entry and exit. To be honest, I’m baffled why the majority of other boats don’t adopt this approach. At a pinch, you could also use the transom door to bring in those larger fish that just won’t fit in the net.

Keep in mind also that all of the features mentioned above come as standard with the 520 plate Legend. That’s a big selling point, all on its own. But, wait, there’s more….. 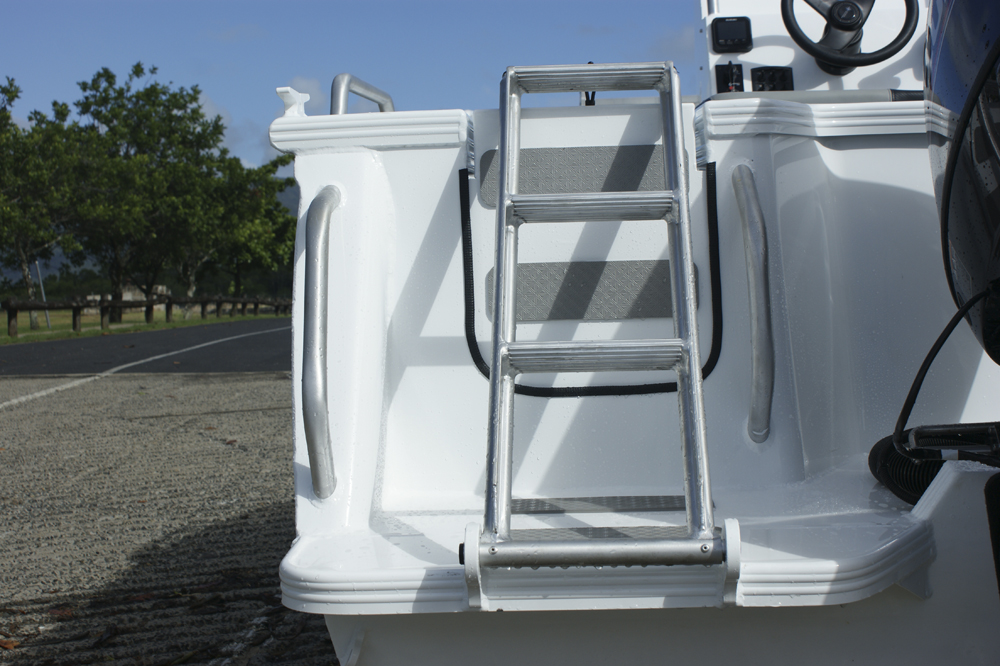 Other features in the standard package include the super comfy fully upholstered, high back, fold down seats. There’s two of these, but there are five positions in the boat for them to be placed so that you can distribute the seats for comfort or weight displacement, depending on your day.

The floor on the 520 Legend includes underfloor floatation and it is fully carpeted as standard. Unlike a lot of other boats currently available, the 520 Legend also includes the mounting bracket for the bow mount electric motor as a standard feature. This is something I have mentioned on previous boat reviews. As electric motors have now become more of a necessity, rather than an additional extra, it amazes me that some boating manufacturers still consider the mounting plate as an added feature. Thankfully, this isn’t the case with the Clark 520 plate Legend. Now, our test boat didn’t have an electric motor fitted, however, I reckon something in the 12v 55lb as a minimum or, better still, a 24v 80lb motor would fit nicely up on that mounting bracket. 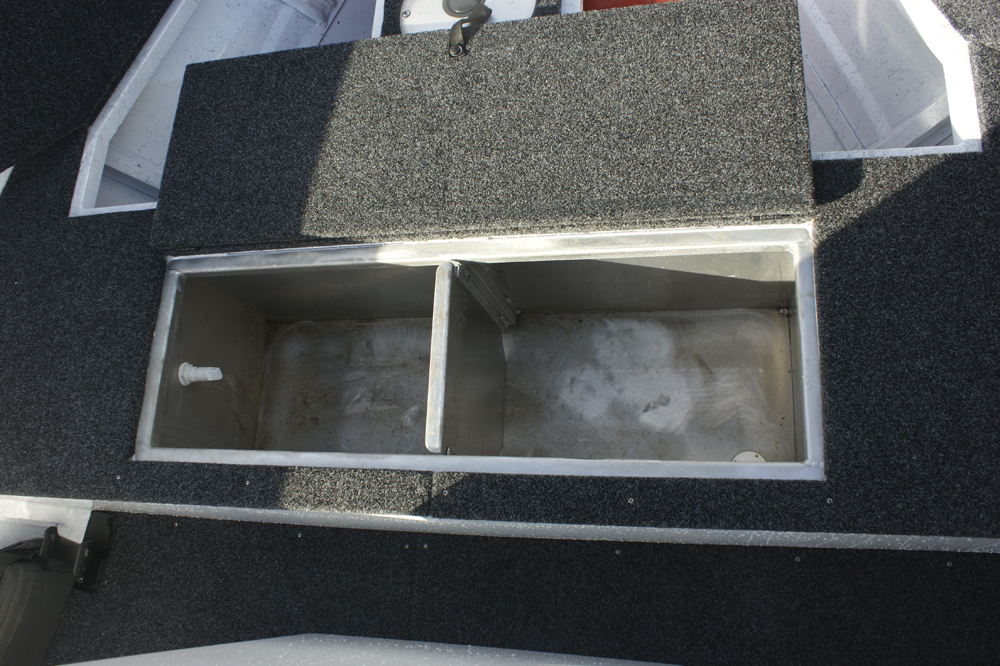 Now, with such an impressive list of standard features, you’d wonder what the team at Clark consider as optional extras right?, Well, let’s just say that the list includes features like additional upholstered seats, rod lockers, ski pole, two tone paint, custom wrap and Xtreme steering. All of these features just make this 520 plate Legend an even more impressive package.

Being a plate boat, the 520 Legend also boasts a higher maximum horsepower rating. In comparison, the standard 520 Legend has a max horsepower rating of 115HP whereas the 520 Legend Plate boasts a max rating of 150HP. Our test boat was fitted with the very impressive Suzuki DF140A which was a great match up, just making this total package even better. When it comes to outboards, particularly in this day and age, it can be a pretty daunting task to find the ‘right one’ for you, and each brand has its’ own major selling points. When it comes to the Suzuki range of outboards, it is hard to ignore things like the Lean Burn Technology, Offset Driveshaft, and the Self-adjusting Timing Chain. These three features are major selling points, with the self-adjusting timing chain being a big stand out for me, particularly when it comes to reliability. The benefit of the offset driveshaft may not be that apparent to some people, and according to Suzuki, “the offset driveshaft positions the crankshaft in front of the driveshaft which moves its centre of gravity forward for more even weight distribution to provide an increase in power, performance and balance, while also minimising vibration. These outboards also incorporate a two-stage gear reduction system technology to enable greater power and quick acceleration – maximising the potential of the high performance engine. By enabling the outboard to spin a larger diameter propeller at a higher pitch, the system delivers powerful torque for better acceleration and greater top end speed (up to 2.59:1 gear ratio), at any given RPM”.

The Lean Burn is pretty self explanatory. In short, it means better fuel efficiency. According to Suzuki “Lean Burn works by using real-time computer processes and sensors to optimise fuel delivery by predicting fuel needs according to operating conditions. It delivers a precise mixture of fuel to the outboard allowing it to run on a more efficient fuel mixture through the use of a lean air-fuel ratio”.

With so many boat manufacturers competing in the market, it’s the little things that can make a big difference, and the features on the Clark 520 Legend certainly have my attention. If you are looking at a boat in this category, then it is well worth your time to call into your local Clark dealer and get your hands, and eyes on the 520 Legend, and if your local Clark dealer also stock the Suzuki outboards, then you have the best of both worlds.