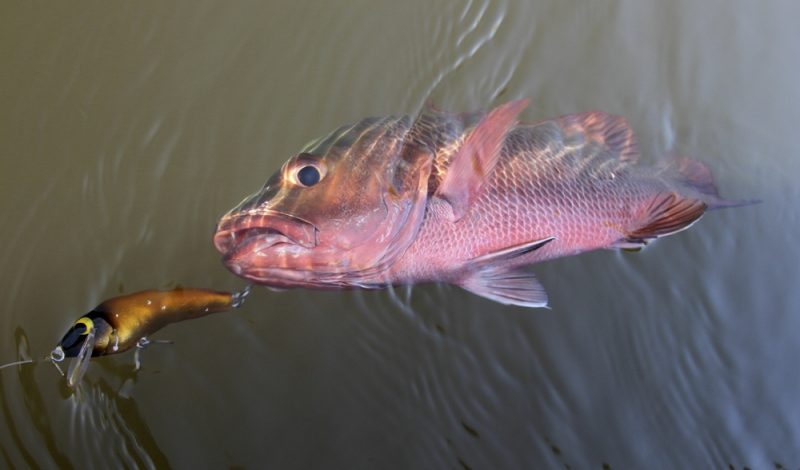 We all have our favourite type of lures. For some people it’s a paddle tail soft plastic or prawn, others it’s a hard body, stick bait, or popper. Usually these lures earn their favouritism from past captures as they bring a sense of confidence and reliability when catches are lean.

Over the years I’ve encountered many lures which fit this bill but when it comes down to selecting one type it’s hard to go past the timber hand crafted lure. Even with all the advancements in 3D printing which has seen the creation of some amazing life like designs, the traditional hand shaped timber lure in my opinion still has an edge over the rest. The reason for my admiration is simple. Whilst soft plastics and plastic moulded lures look great and swim well, they offer no comparison when it comes to achieving that buoyancy, roll and suspension which comes from using natural timber in creating a lure. There’s a reason why many lure fishermen hold onto old timber lures so dearly as these extra features have that uncanny ability to create that extra little bit of action or suspension which can make all the difference. 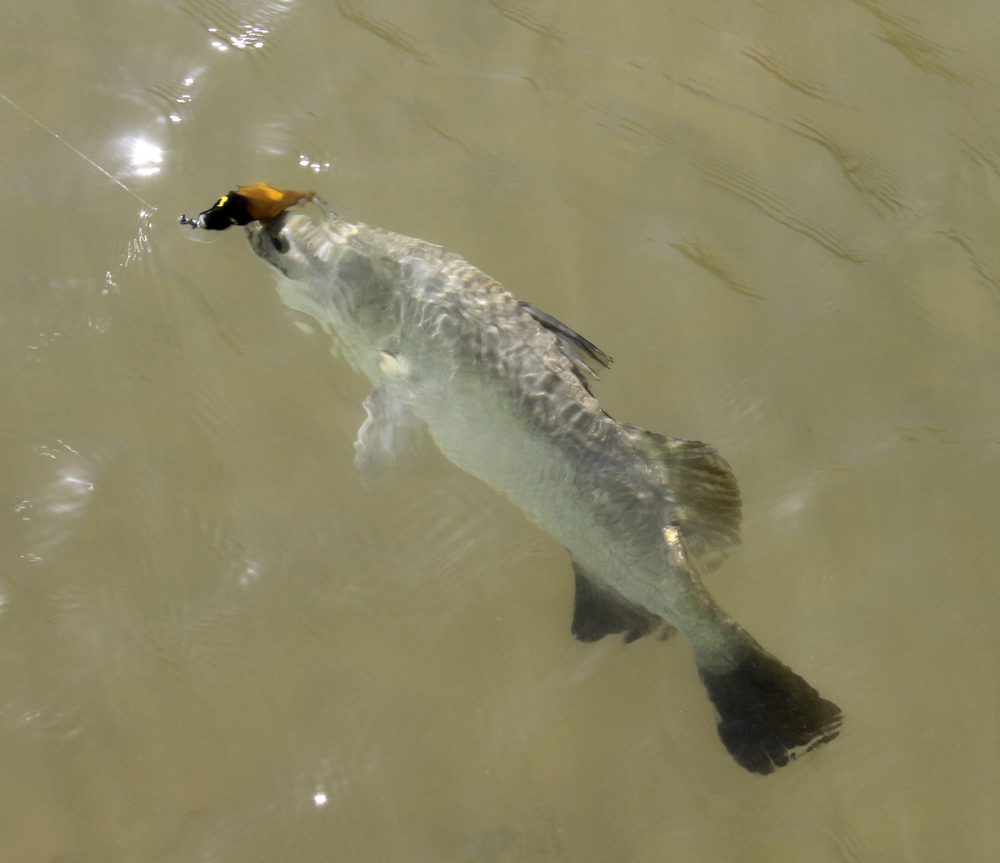 Sadly,timber lures have lost their way over the past decade with many manufacturers switching to plastic for the ease of manufacture. Many of my once favourite timber lures are now only available in plastic and whilst they are still great lures, they still don’t fish as well as the old timber ones.
As a youngster I was lucky enough to do much of my angling apprenticeship fishing timber lures as this was the norm. I am thankful for this as it taught me a great deal about how to work a lure in different ways, suspend and float lures through structure and target different spots with different lure options. It also taught me the importance of casting accurately and utilising speeds of retrieval to get lures to swim at different depths- which is all part of the art of lure fishing. I will be the first to admit that throwing weedless plastics has made me quite lazy as you can throw them anywhere without risk, work them at different depths by just lifting the rod tip and so on. Softies really only take half the angling compared to using a timber hardbody. I know you might be thinking well what’s the point then, but I guess for me the art of lure fishing is just as much about the cast and retrieve as it is catching the fish. 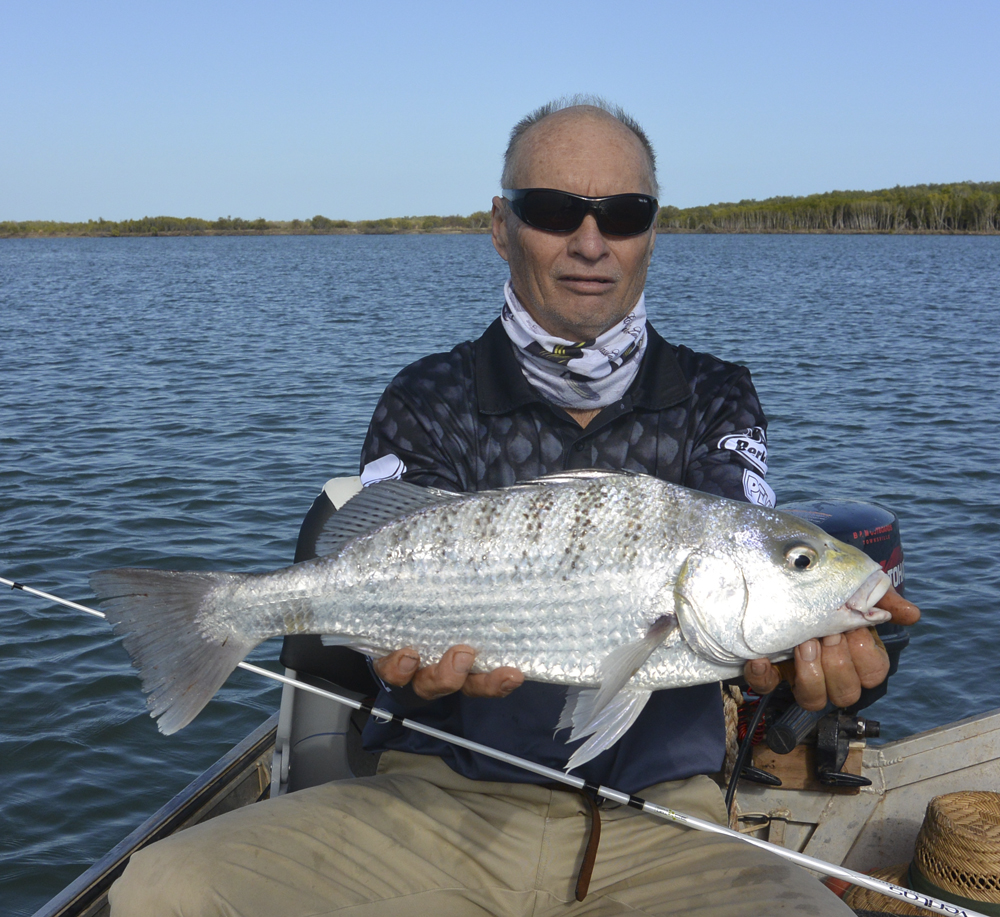 Every time I walk into a tackle shop these days it really strikes home this loss as most now have racks upon racks of soft plastics where these timber creations used to take pride of place. What’s even sadder is the fact that there are plenty of anglers out there, some who have been fishing for quite a while, who have never twitched a timber lure for this very reason. So, with that in mind I’m here to say that if you fit into the category of – I’ve never fished a timber lure, I only ever fish soft plastics, or I’m keen on getting back to my roots, then get on the timber today!
The good news is that getting on or back on the timber is not as hard as it sounds as there are still some stalwarts of the fishing industry which have kept the legacy of the timber lure alive. That’s right, we are lucky enough to still have a few real lure makers out there who every month personally handcraft lures for those who love to fish the timber. For me one of the best out there and probably the most accessible are the Old Dog timber lures. Dave Killalea the maker of Old Dog Lures has been making timber lures in the ‘Dog House’ for decades and has combined all this experience into a range of timber lure designs which not only fish brilliant but are Aussie tough and built to catch Aussie fish. That’s one of the things that always draws me to these hand-crafted timber lures – they aren’t from overseas or designed for large mouth bass from the states, they are built here to catch our fish. 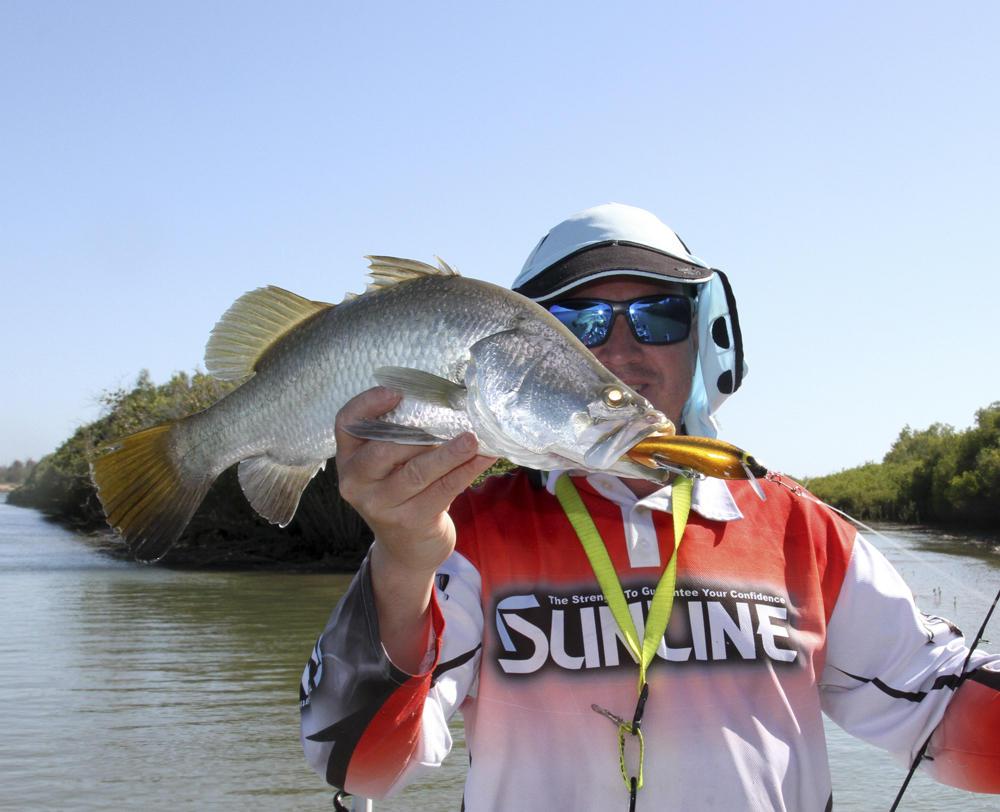 Whilst I have a few Old Dog favourites, my absolute must if you are going to get on the timber is the 80mm and 100mm Guttermaster in shallow. If you are fishing gutters and you don’t have this lure you are doing yourself a massive disfavour. This lure is an absolute must for fishing shallow waters or tops of snags and is by far my gutter lure choice.

To give you an idea of how good this lure goes, on a recent trip into the gulf I pulled up on a spilling drain and cleaned it of 9 barra in 10 casts whilst the other guys took the scraps. 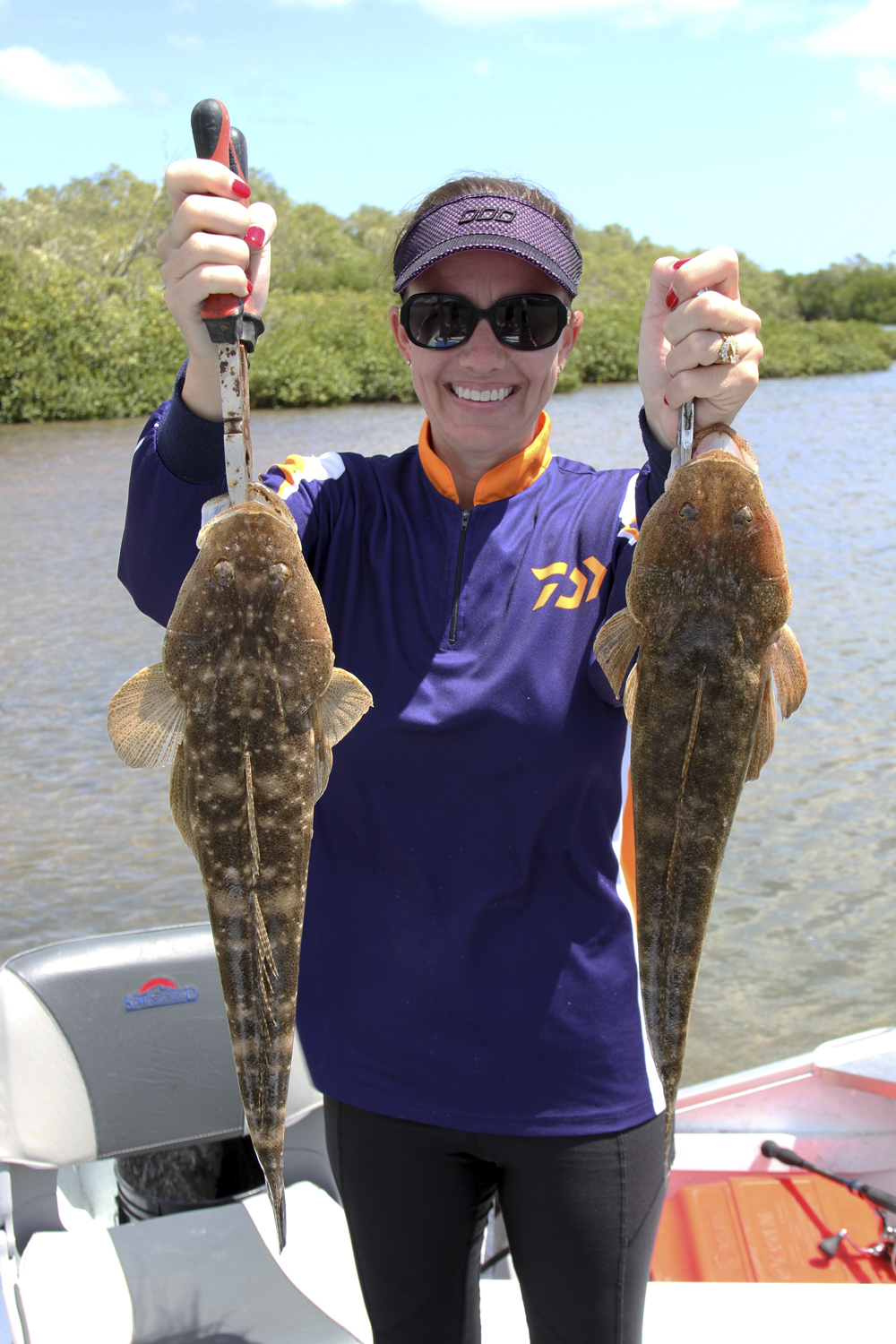 What makes it so good is that it sits with its head down and requires the smallest twitch to get swimming. It has an amazing roll and it is weighted perfectly with a slow rise which makes it perfect for stopping and starting in shallow water. When you combine all these factors and utilise them with some angling you don’t just rely on the ‘see and eat’ strategy but real angling to convince the fish and this was the big difference on that day. It’s of little wonder it disappeared the next day only for it to reappear in the mouth of a big drain caught chromie in the other boat!

The other aspect I love about the Guttermaster is the diversity it offers in terms of the species it can target. Its no secret that barra fishermen love timber lures as these fish do respond to them well. However, this lure is far from a one species lure and it is a killer on plenty of other desirables especially the mangrove jack. I do love catching barra but nowhere near as much as getting railed by a big jack. The Guttermaster, particularly the smaller 80mm size is the perfect timber jack snack. With its tight action and super buoyancy, it’s absolutely perfect for throwing deep into timber and working it just below the surface around the sticks and branches. I love fishing for jacks at the bottom of the tide and this is why I love using this lure. It swims relatively shallow so it works over the top of structure, can be worked down and paused to rise over branches or twitched around timber with ease. It can take a bit of concentration and angling, but it pays off as the jacks just love to crash tackle it and when it happens it always gets the adrenaline pumping. It’s also an awesome jack lure for chasing them in snag ridden drains. Jacks don’t often get associated with drain fishing, but they are hot spots for them. What you need to look for are three things, a running muddy drain, the presence of bait, and most importantly structure, preferably to the side of the drain where the current is eddying. Add your Guttermaster to this recipe and you’ll be sure to be thumbing that drag. 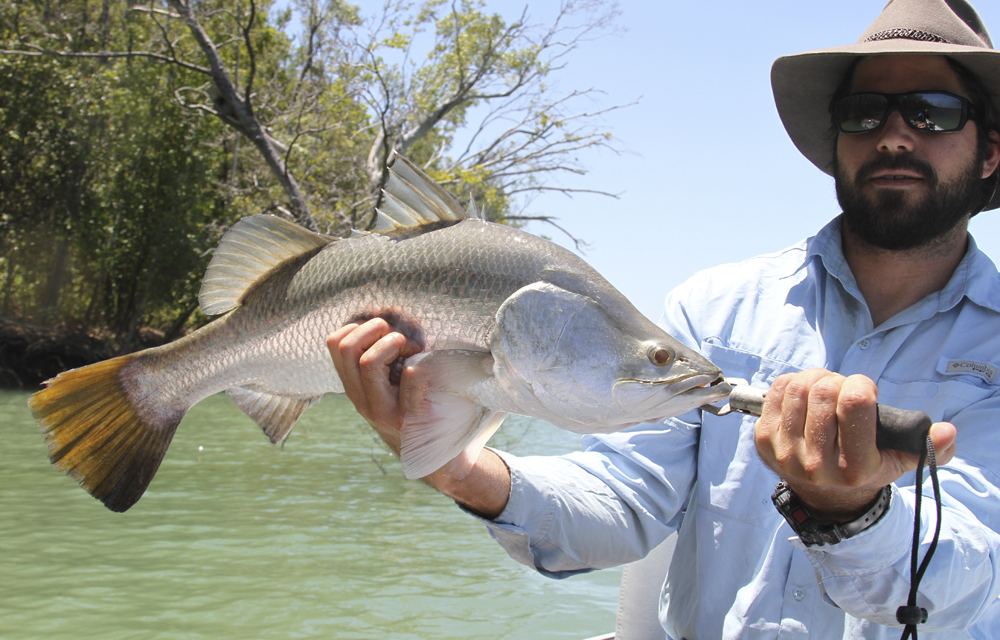 Whilst I love the Guttermaster for jacks, my better half just loves them for cracking flathead. Being a shallow running lure, they are perfect for running over the flats which is her favourite style of fishing. When the flats are holding a bit too much water for surface fishing or its in the middle of the day, the golden Guttermaster is always the first choice for a flattie session.
Another species that loves to nail this lure is the humble grunter. I believe the grunter is a very underrated fish and often tarred as a ‘bait only’ species. However, fishing over the flats, especially with hard bodies I’m catching them quite regularly and they are far from a wet sock fight. In fact, they can really pull some string and hit with plenty of vengeance and they do seem to love a slow rising timber hard body.
Timber lures are more than just something you tie on and hope to catch a fish on. They provide the opportunity to fish a lure with technique and skill which will not only make you a better angler but also catch more fish. I hope this feature has inspired you to either get on or get back to the timber as it is a terrific way to fish. 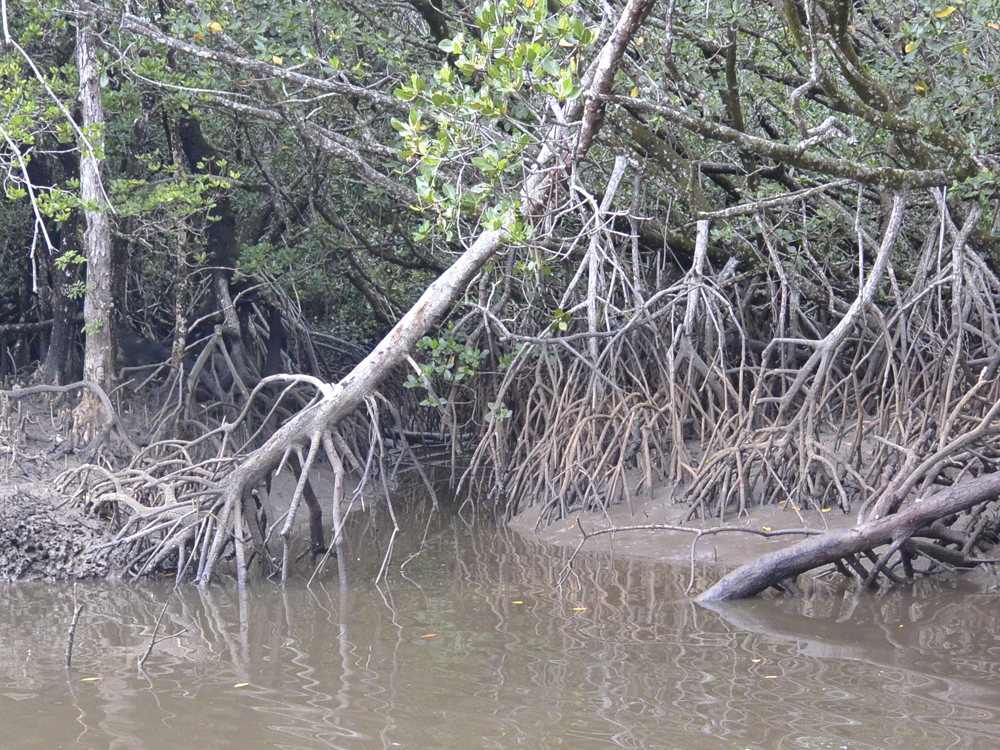