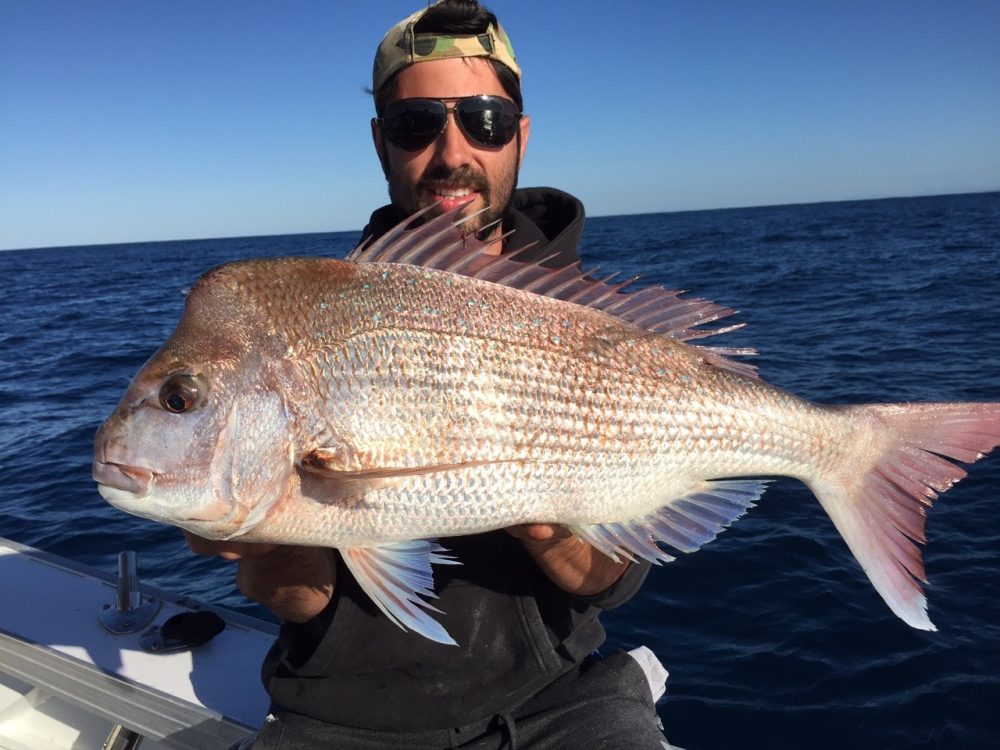 Winter is knocking at our doorstep and so are the snapper. With the water temperature cooling right down we are starting to see the pelagic fish drop off and that means one thing. It’s time to put away all the trolling gear and bring out the light snapper gear. We the (Bats Crew) have fished the coast from Tweed Heads right up to 1770. The one place that really stands out for snapper is the Barwon Banks. We have a couple of spots that fall just off the banks that produce some quality snapper around this time of the year and reaching your bag limit is almost a guarantee.

We have had many trips out to the banks trialling new techniques and new gear. The one technique we recommend to people is “float lining”. There are couple of ways to float line. The way we float line is to run around 70cm of 30lb leader to 15lb braid. We then tie two 6’0 hooks together using a Snell rig, with the top hook having a saltwater fly (we use Elkat flies) that works as an attraction above a prime bait. You have a small running sinker and size depends on how strong the current is. The idea is to have your bait float down as slowly as possible with the fly flickering through the water. You may need to let 200m of line out before you are on the bottom, but make sure you have contact with it the whole time. Larger snapper tend to feed off the bottom therefore you are creating the opportunity for that slow sinking to get taken by the bigger fish. Once you notice that the bait has hit the bottom and the little squire and mixed reefies are nibbling at the bait, you then retrieve the line and start again. Although you may not get hooked up every time you drop a line, you certainly will get a quality fish. They key to float lining is practise and patience. 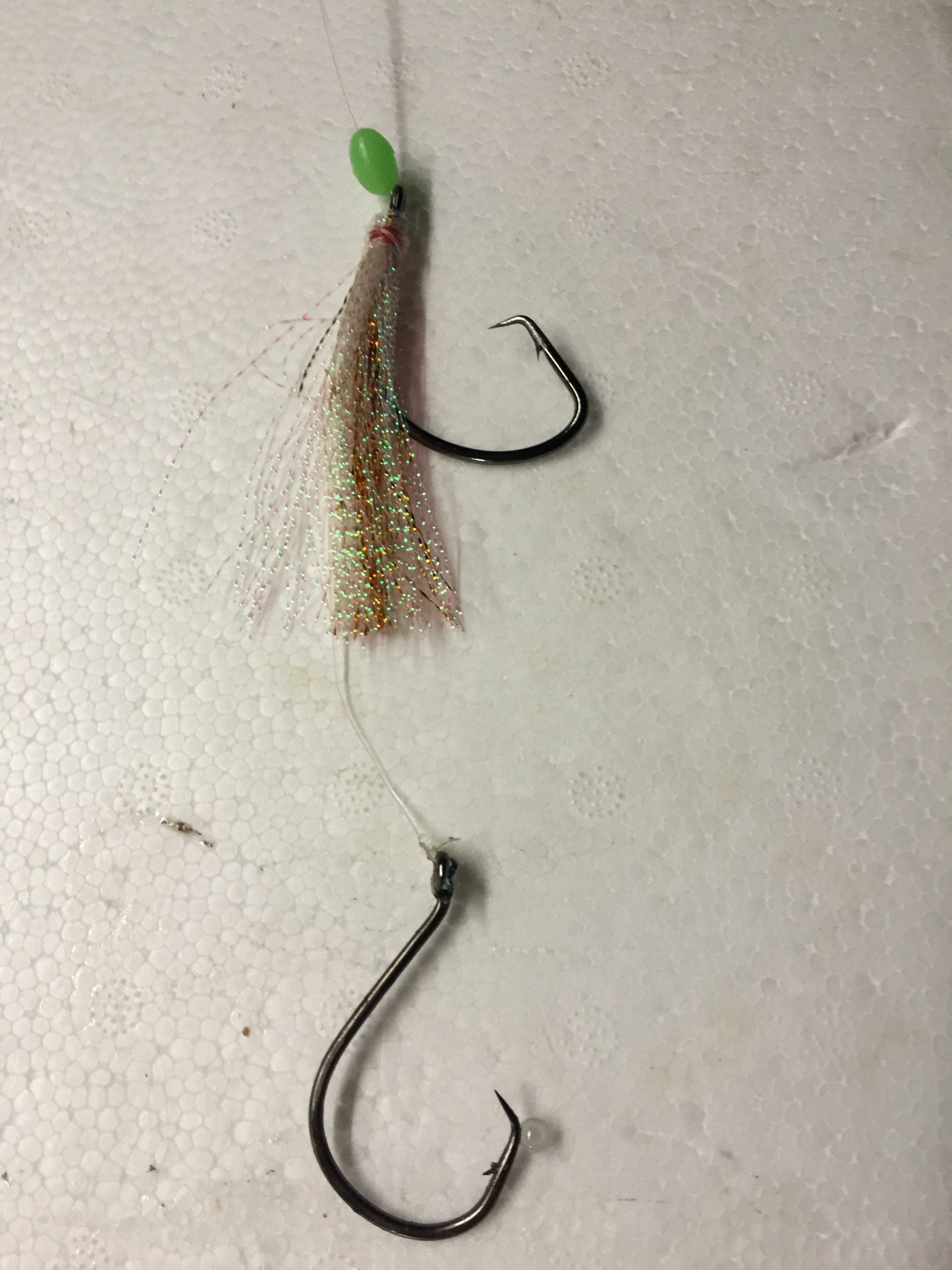 The one trip that stood out this month was a last minute decision to head out to the Barwon Banks to see if the snapper were on the bite.
The weather Forecast was reading 5-10knots SW winds and seas below 1m. When weather comes around like that we tend to drop everything, because the number one priority steps in! On an average day heading out to the Barwon Banks from Mooloolaba can take 1.5 hours. This time it took just 50 minutes! I had never done a trip to the Banks in under an hour before, which meant we were going to be early. We arrived at our first spot at 5am with lots of time to spare. We began sounding around and seeing where the fish were. Peter got us over the spot and we began a short drift knowing we weren’t going to drift much without any wind or current. The boys brought out the Elkat Snell rigs, which we had prepared the night before and baited them up. It is important on the first drift that not every one is using the same bait. There are times where snapper will take only squid or only pillies. The best way to find out, is to have everyone fishing with different baits. In this case Peter was fishing with fresh cuttlefish, Jay was fishing with US squid, Pana was fishing with mullet and I was fishing with pillies. It is important to also remember that when float lining you are releasing a lot of line, which can cause all the lines to get tangled up. We tend to start from left to right and let the first person drop, then 20 seconds later the next, and so on.
The first couple of drifts were slow, so we decided to try another spot 1km further up. This spot was more than alive and the boys and myself were hooking up to solid fish around 20m off the bottom. I got mine up first and it was a nice 72cm snapper. Peter got his up next and it was a 65cm snapper. Jay happened to make it to the bottom and hooked up to a solid parrot that came in at 62cm. This continued for a little until the spot shut off. As soon as we started dropping fish, the spot shut right off. We moved further north to a couple more spots we had that produce good snapper. These spots were showing a lot more fish on the sounder. We were guessing that there were some kingfish or amberjack amongst them. With this in mind, Pana pulled out his Shimano Torsa with a 150g jig and on the second retrieval he was onto a solid little kingie coming in at 1m.

It didn’t take long after that to realise the kingfish were on fire! We couldn’t make it down float lining pillies without the kingies smashing them. Hooking up to a solid kingie on 15lb braid can be fun, but sure enough the taxman arrived and we started losing a lot of gear.

We moved a little further north to a couple of shallow spots that produce good parrot and mixed reef fish. On our way over to the spots we came across a little lump that came up 1.5m off the bottom. This rock had heaps of action hanging off it, so we decided to drop a couple of butterfly jigs and try our luck. Within minutes of jigging we were hooking up to some good little critters. A couple of nice rosie jobs and little trevally came up. After marking the new spot, we continued back to the shallow spots to see what they were holding. Unfortunately the fishing shut right off around 11am and we decided to head back in to Mooloolaba with a good feed. 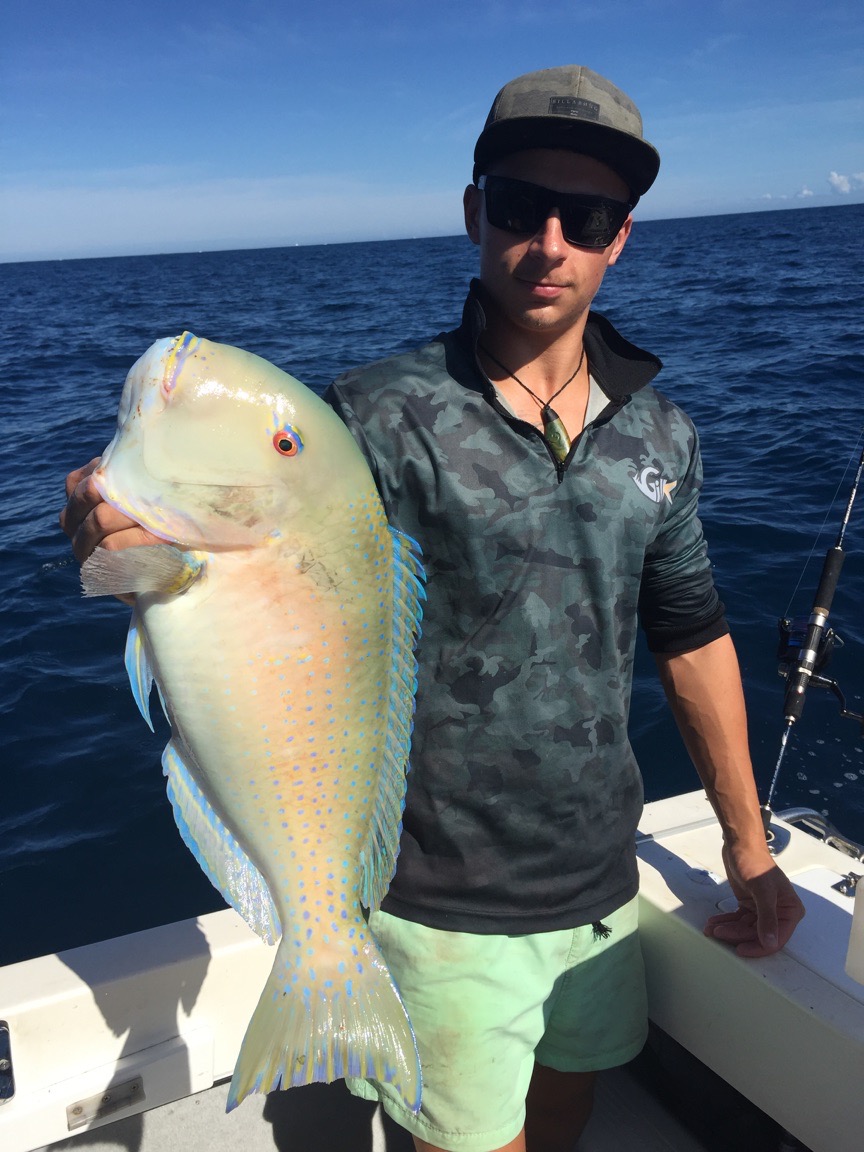 It had been a top day with most of the best fish falling to the float lining technique. It’s a strategy that has a lot of potential for other species and could be well worth trying in the north for fish like nannygai that will rise up off the bottom to feed.