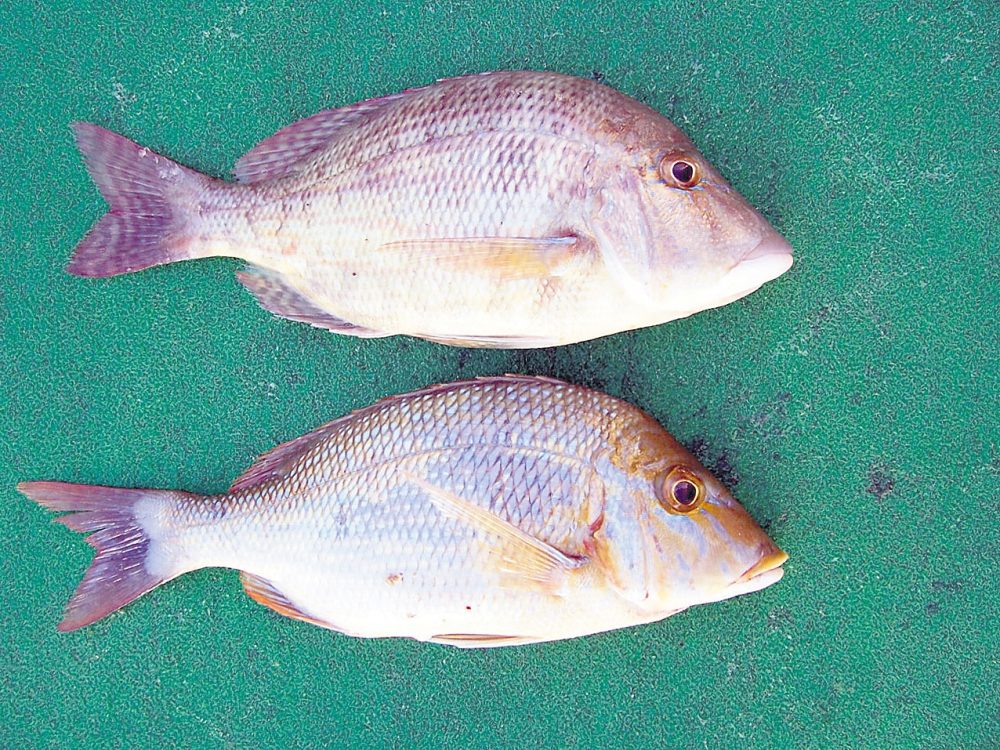 Grass emperor (above) and spangled emperor inhabit rocky spots on offshore islands, but make sure of proper identification.

In North Queensland we enjoy a wide and varied range of habitats in which to fish, dependent on the species sought, and in theory no anglers should go home without a feed.

Freshwater rivers, estuaries, coral reefs, and beaches can each yield a good catch when it all comes together, and they are primarily the main areas visited by most anglers. In reality though, it can sometimes be quite the opposite, even though the resource is supposed to be sustainable according to our fisheries managers, the increasing human population and development is impacting on the success of average anglers. The most experienced, skilled, adventurous and equipped will still do well, as is currently the case, but whether average or expert, it’s good to find that extra advantage. With that as a background I’ll suggest another top fishing habitat to fish, which is rocky headlands and rocky foreshores, although many anglers overlook those areas in favour of other more traditional locations.

An underwater look at the many nooks and crannies and other hiding spots amongst rocks, ranging from football to truck size, verifies the potential of the area. Deep within those crevices are minute creatures and marine growths that provide the resources for fish to live there, but the good thing is that the predators are still keen to take a well presented bait. Those anglers brave enough to dive among the rocks at Hinchinbrook Island will see crayfish and mud crabs that present another opportunity for a tasty feed. The rocky headlands and rocky shores at Magnetic Island, Cape Cleveland, Hinchinbrook Island, and Goold Island all offer potential but, sadly in 2004, the best and most accessible spots at Hinchinbrook Island were declared no fishing green zones. Before AIMS was built in Bowling Green Bay and the area was closed to fishing, the large rocks along that shore held massive numbers of black spot tusk fish, but the species should still be in nearby locations.

Although not as good to eat as the tusk fish, which have a flesh worth fighting over, grass emperors live in the same habitat and at the first turn of tides are suckers for an unweighted line baited with a mullet fillet or sardine tossed close in. Just be sure to fish heavy and be ready, or lose the lot. At certain times other species like triple tail, often quite big ones, will aggregate around rocky headlands, as will barra, and both perform and taste as they good as they look. Use caution with your catch though, particularly in more northern areas, because juvenile spangled emperor hang around the same spots on our inshore islands, and to the unwary they can look similar to grass emperors. Estuary cod, coral trout, mangrove jacks, Maori sea perch and dark tailed sea perch are on the fishing menu too, but whatever the species they hold, if anglers haven’t fished them before, they should give the rocks a go for it’s often worth the effort.

To access and fish much of the rocky areas and other top spots, one needs a boat, and all of the equipment, paraphernalia and problems that go with it, and I’m lucky to own a boat that offers all I need. But it doesn’t end there, as a few hours observation at the local boat ramp can provide free entertainment, particularly from some of the trailer-backing antics. I’ve become the subject of scrutiny of late, because for most of my life I’ve never backed a trailer using car mirrors, but advancing age has finally caught up with me. Aging neck and back muscles that used to allow me to turn my head, have become less cooperative. This requires me to start backing with mirrors which although quite easy in theory, takes a while for success, particularly when attempted by an old bloke. The basic instructions are firstly to have the car and trailer lined up straight, then turning the bottom of the steering wheel to one side or another determines trailer direction. That bit is easy.

The first problem I encountered though was the ridiculously distorted side mirrors that have for some unexplained reason infected modern cars. One mirror shows reflections so small that the trailer wheel is miniature, while the other gives a different distortion. This is bad enough to accommodate with normal driving but it doesn’t enhance backing a trailer, so I decided to solve the problem. After a bit of lateral thought I came up with a simple and reasonably inexpensive solution which was to replace the mirrors with full sized ones. A template size made of each side mirror, a trip to the local glass and aluminium shop, and a cost of around $100.00, gave me two mirrors that I attached with acrylic over the original mirrors. The end result is two side mirrors of full size that show normal reflections, giving better vision and easier backing of a trailer, and I am slowly becoming proficient.

Hopefully, I’ll soon be backing easily with mirrors and have a much more relaxed beginning and end to my trips, for although there’s much to be said for generally making things easier, anything that enhances fishing has to be a good thing. I’m gearing up for another duel with the trailer, and as soon as weather and tides are agreeable, I’ll be backing with mirrors again to the amusement of the crowd, before heading out to fish some rocky spots around Hinchinbrook Island.